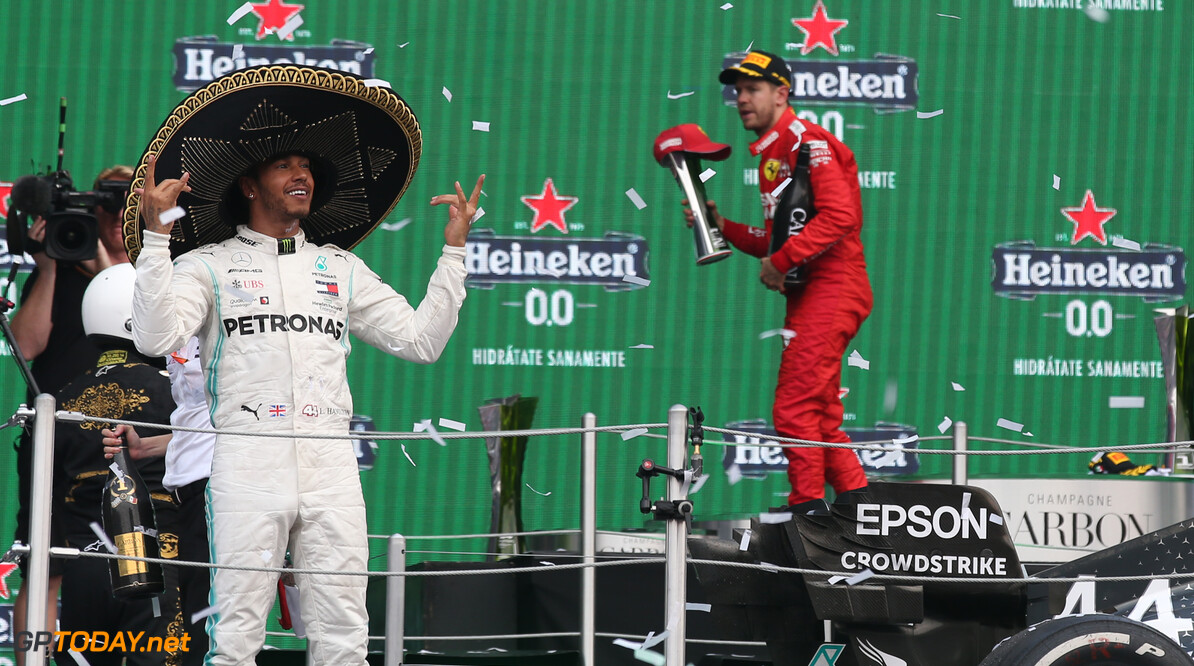 Sebastian Vettel denies that he has feelings of envy towards Lewis Hamilton amid the success the latter has enjoyed in recent years.

Last time out at the US Grand Prix, Hamilton picked up his sixth world drivers' championship, moving into a clear second in the all-time list of world titles.

Vettel won four consecutive drivers' championship before the start of the hybrid era in 2014, with Hamilton winning five out of the last six titles.

Vettel, who joined Ferrari in 2015, challenged Hamilton for the top spot in 2017 and 2018, but saw his chances slip away in the second half of both seasons.

While the German admits that there is jealousy within his emotions, he denies that he is envious of Hamilton.

"I wouldn't say there's envy, I appreciate his performances and success a lot," Vettel affirmed. "You have to, it's obvious. If not, then it wouldn't be me.

"In my world and values, it would be wrong. I think he deserves it. Together with his team, he's done a great job. Obviously, in a way you could say that I'm jealous, because we want to be there and we are not.

"It's the nature of the sport. He's occupied that space so it means for whoever else there is only second, third, fourth place left. That's how it is."

Vettel has taken two race victories this year, and currently sits in fifth place in the championship - behind teammate Charles Leclerc and Red Bull's Max Verstappen.

Should he end the season in fifth place, it would match his second-worst championship finish in a season which he competed for the full campaign.

MORE: Verstappen on Ferrari's US pace: 'That's what you get when you stop cheating' | Vettel mystified by suspension failure