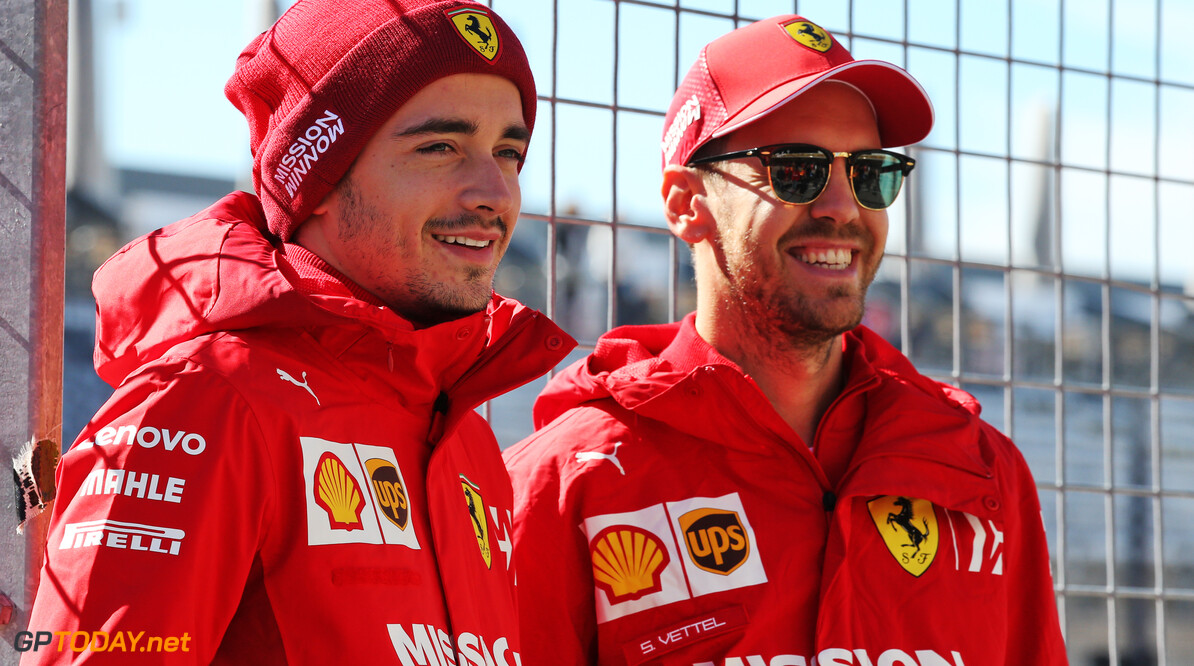 Sebastian Vettel says that Charles Leclerc qualifying performances throughout the 2019 campaign need to be "appreciated".

After Leclerc out-qualified Vettel at the Mexican Grand Prix, the Monegasque driver secured the 2019 head-to-head fight against Vettel at Ferrari.

Both drivers have had reliability issues strike during qualifying sessions this season, however Vettel admits that he hasn't been at his best on Saturday's this year - but hails the efforts of Leclerc.

"First of all, Charles has done a very good job in qualifying," Vettel affirmed. "I don't think it's right to sit here and not mention that. That needs to be appreciated.

"I didn't have great sessions in qualifying, maybe things didn't come together the way I like, here and there I think I missed out in qualifying for different reasons.

"Overall I can't be happy with how qualifying was this year. The goal is for the final races is to make sure we have a good Saturday and not only a good Sunday."

MORE: Binotto hits back at Ferrari allegations | Verstappen on Ferrari's US pace: 'That's what you get when you stop cheating'

With Vettel firmly out of championship contention, the four-time world champion says his main goal is to now finish third place - the highest available position on offer.

Leclerc currently holds the position, with 19 points separating the pair. Max Verstappen is also in contention for the third spot, as he currently sits in fourth place behind Leclerc.

Vettel added that he doesn't believe that whoever finishes higher in the championship standings will determine the number one driver at Ferrari for 2020.

"I don't think it matters for next year," he said. "As a team, we want to make sure that we have the best end to the season that we can. We've been fighting for good positions in the last races. I'm sure we can keep this up."