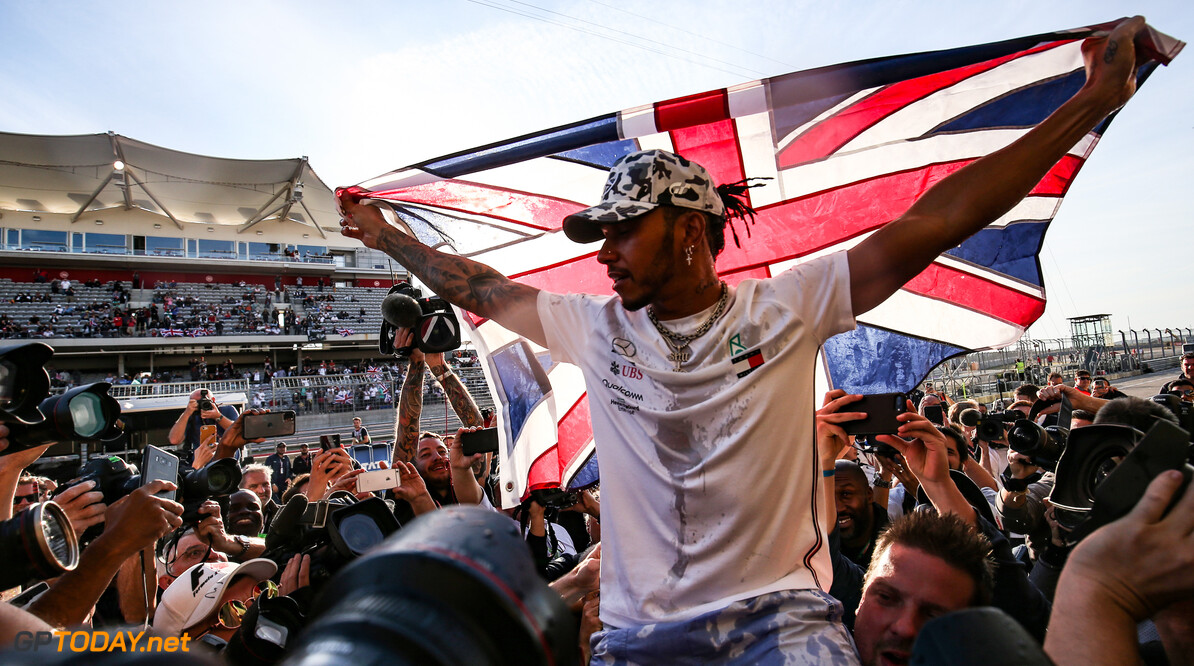 Bottas had a really strong weekend in Austin, with the Finn qualifying on pole and then taking the win. It is a shame that such a good performance came on a weekend where he lost the championship, with most of the attention going to his teammate after the race.

Hamilton did not have the best of Saturdays on the weekend where he won his sixth title, but he raced very well to finish in second. He had a really good stint on the hard tyres to make a one-stop work and the pace he had to stay in contention for the win at the end of the race was impressive.

Verstappen has managed to get the best out of his Red Bull all season, and it was no different this time around. The Dutchman missed out on pole position by half a tenth, and then looked likely for second place if it had not been for the late yellow flags.

Whether it was because of the recent FIA technical directive or not, what cannot be argued is Ferrari's complete lack of pace in the race. Leclerc ended up just over fifty seconds behind Bottas with the Monegasque driver in a lonely race for fourth place.

Albon is still not quite up to speed with his teammate over a single lap but his race pace has been fantastic. The Anglo-Thai rookie was very unlucky to be hit on the first lap, but after falling to the back of the field he made an impressive comeback to finish in fifth.

Renault has definitely not been as fast as McLaren in qualifying in recent races but when it comes to the race they have been much closer. Ricciardo extracted as much as he could from the car to finish best of the rest, just holding off Lando Norris in his McLaren.

Norris had a great start, overtaking both Ricciardo and Vettel at the same corner. He later went on to struggle a bit with his tyres and the team elected to switch him to a two stop strategy. This nearly worked perfectly as after a few impressive overtakes he finished just 0.3s behind Ricciardo in seventh.

Sainz yet again drove well all weekend, with the Spaniard able to extract everything from his McLaren to finish ahead of Norris in qualifying. However, after colliding with Alexander Albon at the first corner he did well to recover but could never really challenge for anything higher than eighth.

After the announcement that Giovinazzi has been retained by Alfa Romeo, unfortunately for Hulkenberg it is looking like his final few grands prix. The German did not have the most exciting weekend but drove well to make a two stop strategy work in the race and secure some more points for the team.

After starting from the pit lane, it would have been quite easy to predict that Perez would not be able to score any points at the Circuit of the Americas. However, the Mexican drove a very impressive race to finish in tenth place and ahead of his teammate once again.

It was an all-round poor weekend for Alfa Romeo, as both cars failed to advance out of the opening qualifying stage. Raikkonen made a fantastic start to the race, but the pace just doesn't seem to be there in the final few races for the team.

For the second week in a row, Kvyat was involved in a last-lap crash and was subsequently penalised on both occasions. After being out-qualified by Gasly the Russian driver's quest for points ended following the penalty for his collision with Perez.

Stroll did well to get to the end of the race on a 26-lap stint equipped with the soft compound. However, he was once again outperformed in the race by Perez. Another quiet weekend from the Canadian, who will be gearing up for a strong 2020 campaign.

In what was his last event before the announcement came that he would be sticking with Alfa Romeo in 2020, Giovinazzi once more got the better of Raikkonen in qualifying. In the race, he struggled a bit more, but with the Alfa Romeo seemingly lacking pace, it wasn't a poor weekend for the Italian.

The struggles for Haas continues as it looks longingly at the chequered flag in Abu Dhabi. Grosjean attempted a one-stop strategy on Sunday but with the car lacking pace compared to its rivals following its decision to shift focus onto 2020, it was always going to be a difficult race.

A Q3 appearance from Gasly was imprssive, as the Frenchman continues his strong form following his return to Toro Rosso. He was set for points in the race before he had a collision late on in the race with Perez, like his teammate Kvyat.

Nothing much to say on Russell's weekend, as it was mostly business as usual. With the car still lacking compared to other teams, the 2018 F2 champion was lodged at the back of the field, where Williams has been all year.

A brake disc explosion put Magnussen out of the race in the latter stages, however his drive up to that point wasn't particularly strong. Like Grosjean, the Dane is struggling to extract pace from the car when there is little for it to offer.

It wasn't Kubica's worst race of the season, as the Pole winds down the races with Williams, which will possibly be his last few in Formula 1. Kubica fought with Russell early on in the race, but still faced a huge deficit to his rookie teammate in qualifying

A strong qualifying for Vettel on Saturday came to nothing at the start of the US Grand Prix, as it was clear his car was suffering from issues from the outset. A suspension failure put the Ferrari driver on the sidelines, as he suffered his second DNF in four races.