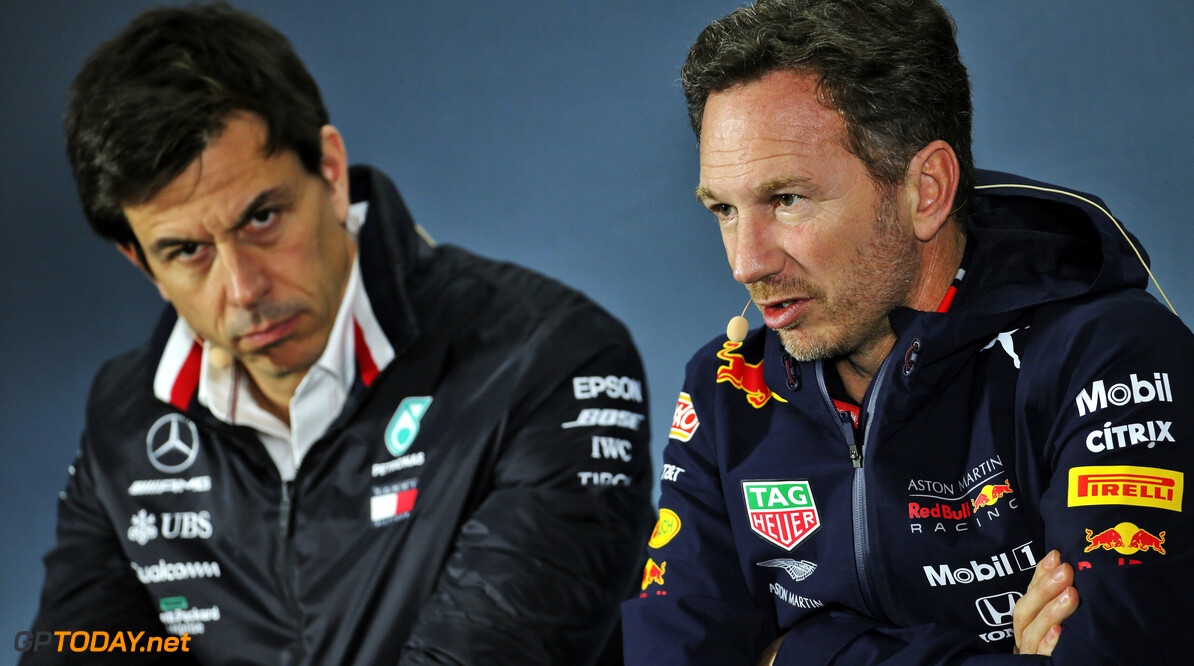 Red Bull team principal Christian Horner believes Formula 1 has "missed an opportunity" by not introducing the $175m budget cap for 2021 before implementing the new technical regulations in 2022.

The latest shake-up of the technical rules will come into effect in 2021, with a vote set to take place next week to tie them down and allow teams to start working on the cars.

However, Horner has revealed that at a recent meeting, he insisted that the sport would be better off delaying the introduction of the technical rules, so that a budget cap is already in place when teams get around to building the new cars.

"I think we’ve missed a bit of an opportunity. I raised it at the meeting last week, where, if you look at it, we have the budget cap which in principle I think is pretty much agreed," Horner said.

"I think with hindsight we would have been better bringing the cap in first for 2021 and then taking more time to develop these regulations and evolve them and bring them in in time for 2022, so that any development that the big teams undertake would be under the umbrella of the cap."

Horner understood that it was impossible to bring the budget cap forward and introduce it for next year, as the teams would have been too divisive on the matter.

"I think it’s impossible to bring that cap forward to 2020 because you will never achieve agreement on it.

"My feeling is that a budget cap is ultimately a sensible thing for Formula 1, but the interim period of 2020 with the current regulations we have as teams gear up for 2021 with unrestricted spend makes it a very expensive year.

"I think it will create a broader gap between the teams going into 2021 as those teams with more resource will simply spend more time in the research and development phase before the cars hit the track at the beginning of ’21.

"So, as I said, I think an opportunity has perhaps been lost to have that process more controlled under the cap and delay these regulations and evolve them, because there is some great stuff going on, but the car and the concept look very underdeveloped at the moment.

"I think if another 12 months was taken to develop that concept and bring in something that works and perhaps addresses some of the other issues like weight and so on, I think would have been perhaps a more beneficial approach."