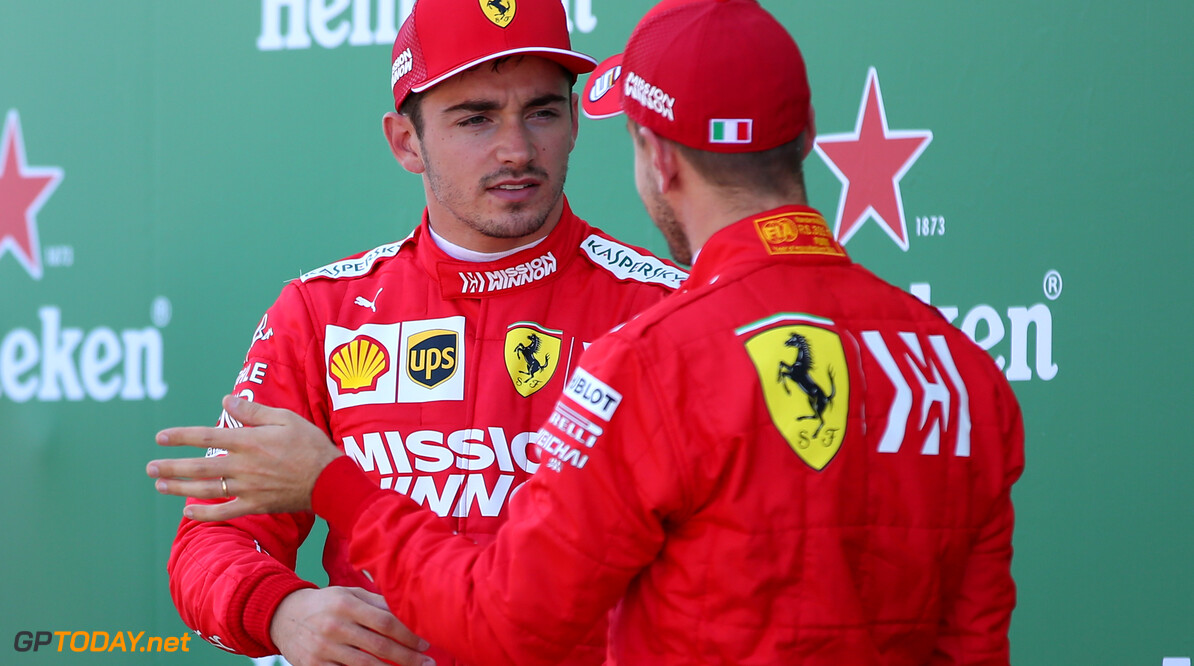 Charles Leclerc insists he understands that Ferrari's priority at race weekends is to maximise the result of the team rather than a single driver.

In recent races, there has been tension between Leclerc and teammate Sebastian Vettel, a situation that became apparent in Sochi, when a pre-planned strategy saw Vettel take the lead from third on the grid by using Leclerc's slipstream heading into Turn 2.

Vettel eventually retired from the race with a mechanical issue, but not before he refused to hand the position back to Leclerc, who eventually overtook him by pitting a handful of laps earlier.

However, Leclerc affirms that he knows that the team result is more important than a single result for one of the drivers.

With Vettel refusing to give the position back to Leclerc, the Monegasque driver says the situation has been discussed internally, and that measures will be taken to ensure it doesn't happen again.

"I think that’s clear from the beginning of the season, we need to obey team orders and what is clear is that the situation wasn’t clear for both of the drivers, starting the race, and I think that’s the most important (thing).

"So we spoke about it and we’ll make sure that this situation doesn’t happen again in the future."

Ferrari was eliminated from championship contention last time out in Japan as Mercedes picked up its sixth consecutive constructors' world championship.