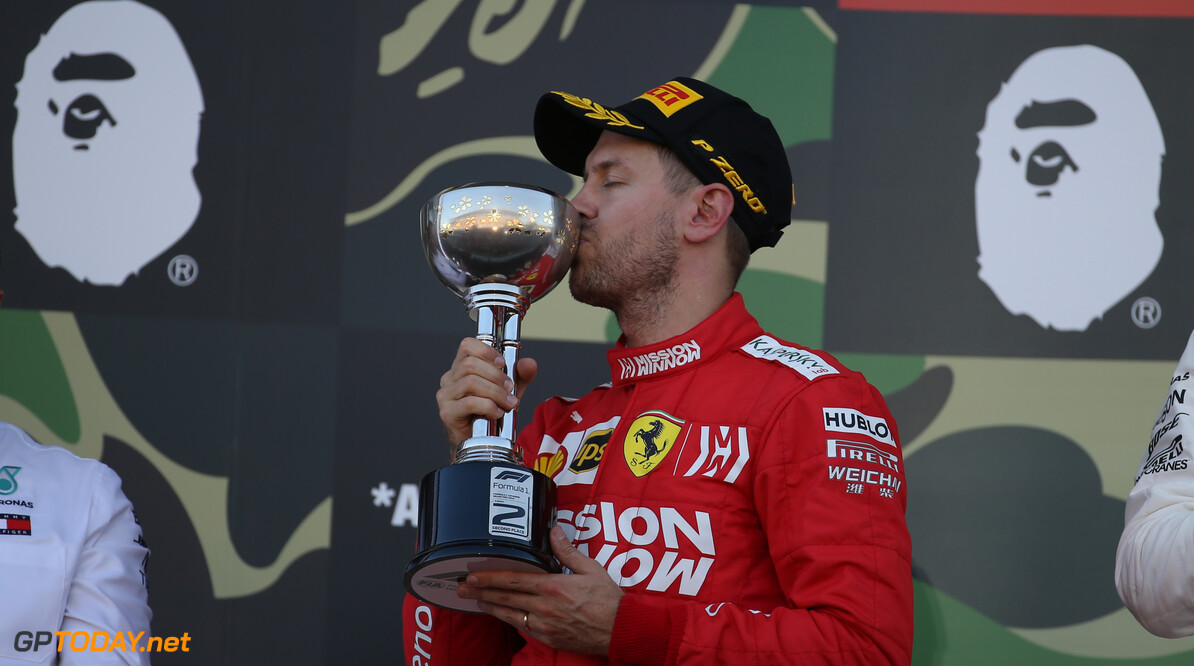 Sebastian Vettel believes that the remaining races in the 2019 Formula 1 season will be key for Ferrari in building its momentum for the 2020 campaign.

2019 has been a difficult year for the Scuderia outfit as it failed to take a race win in the opening 12 grands prix of the year.

However, following the return of the summer break, it has taken three wins and has been undefeated in qualifying, taking pole position at the last five events.

Vettel took pole at the Japanese round last time out, ending a run that stretched back to the French Grand Prix in which he failed to out-qualify teammate Charles Leclerc.

MORE: Vettel denies he had personal breakthrough at Suzuka | Vettel: Hamilton's titles not solely down to strong cars

The German described wanting to beat his teammate as "normal", and something that is identical in worldwide motorsport.

"It's normal that you try to beat your teammate, but as I've said previously, it's been the same in all the years that I've been running in a team with two cars," Vettel said.

"In F3 I even had three teammates. So I think that's normal and the name of the game. That's competition and how we grew up racing each other. You want to be faster than the other guys."

With just a handful of races remaining in the 2019 season, Vettel sees the upcoming races as a good chance for Ferrari to build momentum and discover how to improve important elements of the car to bring into 2020.

"We're trying to use these races to get the right momentum and get in the right place for next year," Vettel confirmed. "The cars will be largely the same so anything we can learn this year still will help us next year."