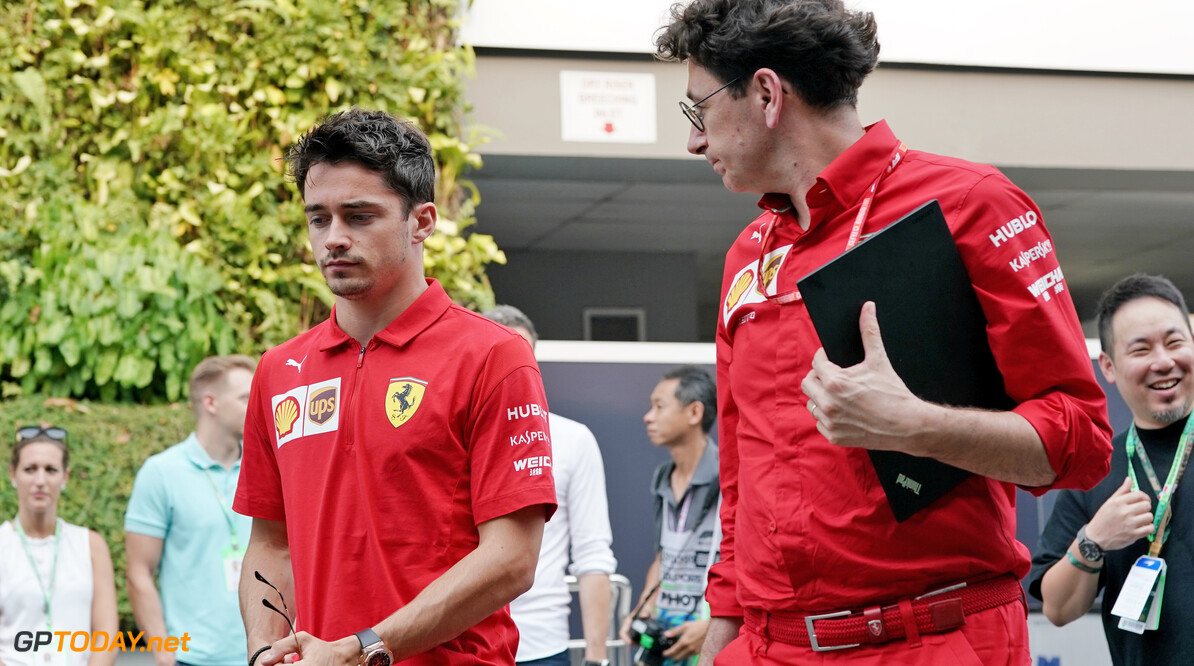 Charles Leclerc says Ferrari can count on its team principal Mattia Binotto, who brings calmness to the team.

The 2019 season has been difficult for Ferrari, as it failed to win a single race in the opening half of the season, before picking up three in a row following the return after the summer break.

MORE: 'Difficult to say' if strong start was enough for victory at Suzuka - Binotto | Leclerc put 'everyone at risk' with front wing damage - Seidl

It has also taken pole position at the last five events but missed out on the wins in Russia and Japan.

Leclerc has hailed Binotto's management during the 2019 season, his first as team principal after taking on the job in January.

"I think we are getting along very well. He's a calm person which I think is needed in an environment like Formula 1.

"You are always excited, everything goes so quick. So to have a person you can count on that is calm is always important. As a boss, he's very similar to the person he is, and that's important too.

"He can also be harsh when he needs to be, I think that's all you need when you are the boss."

Binotto 'has to be hard' when there's driver friction

Speaking about when Binotto shows his harsher side, Leclerc says that he "has to be hard" when there is tension between the two Ferrari drivers.

"We don't like to see that, the whole team doesn't like to see it and we don't need that in the team," Leclerc said. "So in this moment, he has to be hard, and he is, which helps us to behave correctly after that.

"He really analyses the situation very well, after Baku qualifying, he was disappointed but he behaved differently with all the people.

"He knows that I'm very hard on myself, he adapts to it and maybe he could have been harsher. He wanted to be harsher, but he saw how much I put myself down and the only thing he was trying to do was to bring me back up again.

"There have been a few examples in the season, like in Germany, he was there to help me to become a better driver after a low moment."