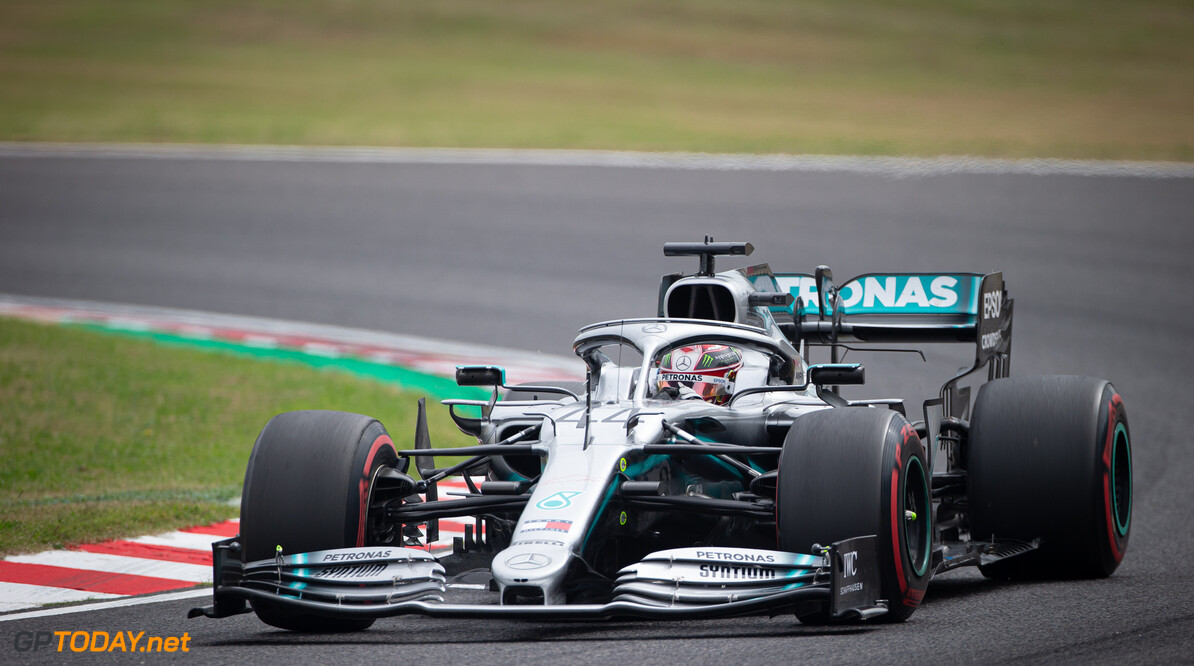 Hamilton: More tyres during practice 'better' for the sport

Lewis Hamilton believes all aspects of Formula 1 would benefit from having extra tyres during the free practice sessions.

Teams had more tyres to work with on Friday as Saturday's activities were cancelled due to the typhoon that is expected to hit the circuit tomorrow.

Qualifying is now set to take place on Sunday morning before the grand prix, however, if that fails, the grid will line-up in how they finished at the end of the second practice session.

Hamilton thinks that having three tyre sets available for each practice session will mean more running for the teams, which in turn would please the fans who would see more on-track action.

“It's been a much better Friday," Hamilton said. "Normally we only have two tyres per session. Because we’re obviously missing tomorrow we brought all the tyres that we have tomorrow, the two sets we have in the next session, into today.

“So it's an interesting learning. Maybe they need to bring us more tyres on a race weekend and we can do three runs.

“If we had three tyres in practice one and practice two, and three in practice three, it would just be better for running, better for the fans because we run from the beginning of the session, rather than wait 20 minutes and then go out.”

Mercedes' pace a 'work in progress'

Hamilton described Mercedes' pace on Friday as a "work in progress", as it ended both sessions first and second.

The five-time world champion also stated that teammate Valtteri Bottas received a tow down the back straight on his fastest FP2 lap, which boosted his efforts in the timesheets.

"It's a work in progress. When you first get onto the track, you're pushing the limits," Hamilton said. "There's always time to find at this track, there are always areas you are weak at.

"This is not my strongest of circuits, and there's always areas you can improve. Valtteri got a massive tow on his fastest lap, he gained half a second on the back straight.

"It's an interesting dynamic, you don't want to be behind someone through the first part because you need clean air. If you're lucky and get a slipstream later on, then it's perfect."