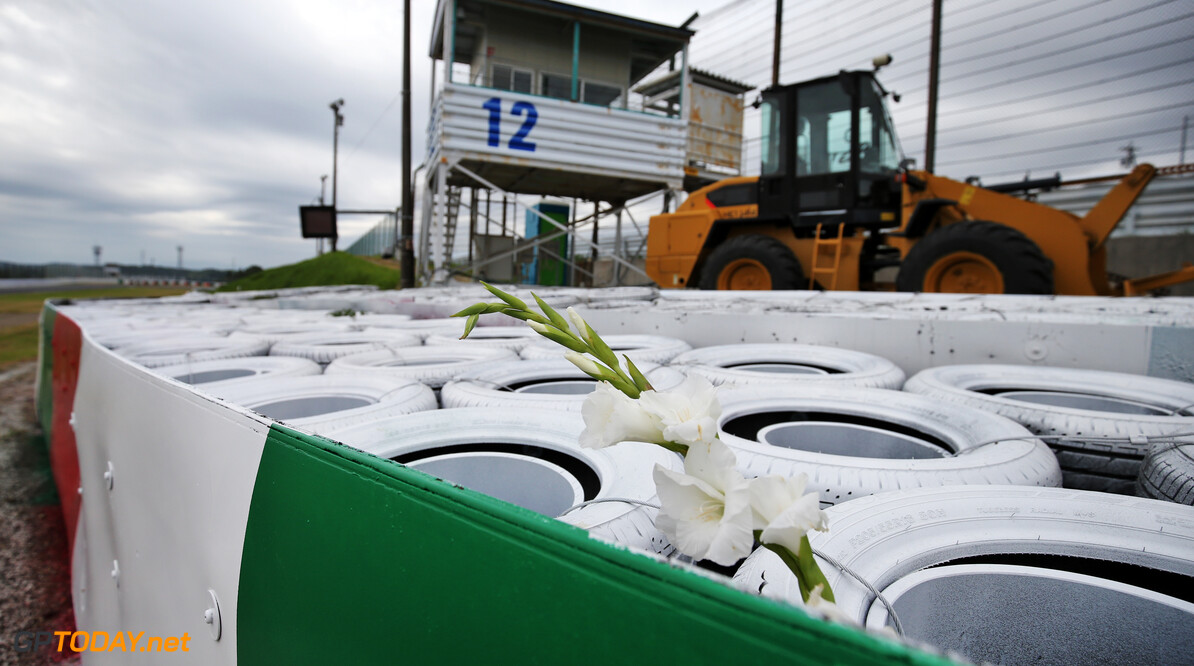 Leclerc: Suzuka motivates me to perform for Bianchi

Charles Leclerc says he is motivated to perform at the Suzuka Circuit for Jules Bianchi, who was lost his life due to injuries sustained at the track in 2014.

During a wet Japanese Grand Prix five years ago, Bianchi slipped off the circuit and made contact with a recovery tractor that was deployed to recover another car.

MORE: Vettel: Good to have 'real reference' in Leclerc | Hakkinen: Leclerc learning Vettel is not a pushover

Leclerc, who was Bianchi's godson, described Suzuka as a "very special track", but admits that it is not easy to return to the circuit after the events of 2014.

"It will always be a very special track and it motivates me even more for Jules especially so it's never easy for me to come back here, for the whole F1 world to come back after what happened," he said.

2014's race was hit by poor weather conditions from Typhoon Phanfone, with this weekend's event also set to be disrupted by a typhoon.

However, Leclerc is not worried about the potential risk it may pose to drivers, as he trusts the FIA will provide the right judgement on whether or not it is safe to drive.

"To be completely honest, I'm not too concerned about safety because the FIA, since I've been in Formula 1, has done a very good job of sending us out in the right conditions to drive," he said.

"I'm pretty sure that Saturday will be a very difficult day, I don't think we will drive. It will change the plan for Friday a little bit, do a bit of testing and see how it goes."