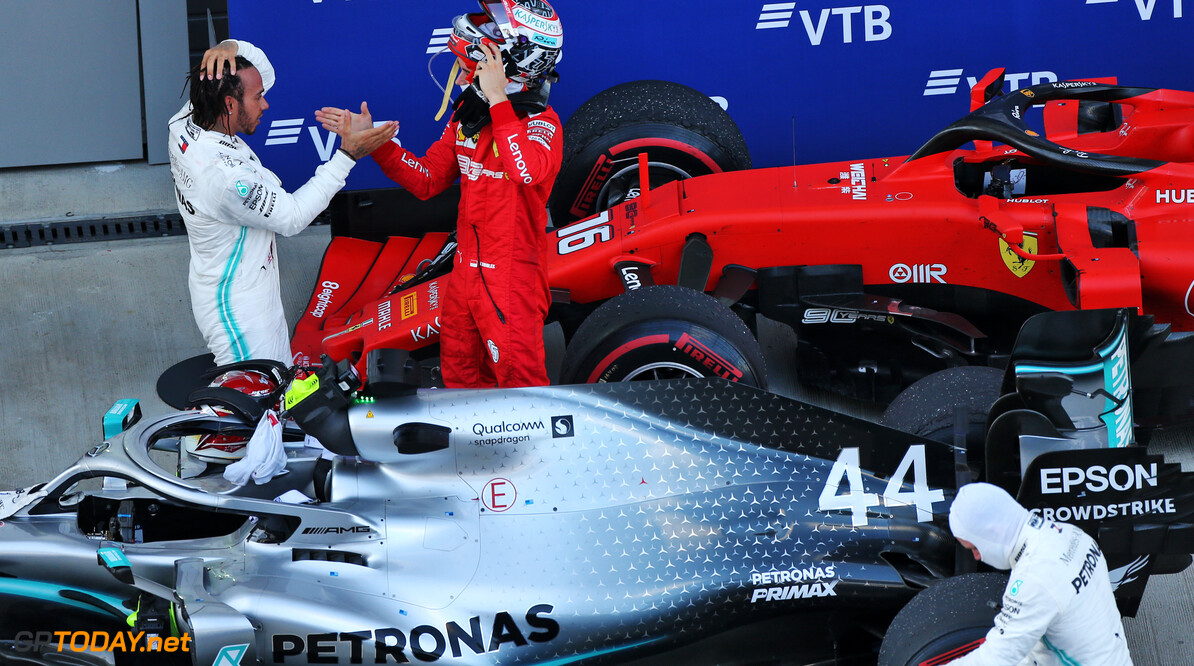 Wolff: Mercedes has 'got to step up' to Ferrari's level

Mercedes team boss Toto Wolff says the Silver Arrows must step up to the level that Ferrari has set in recent races.

Following the return after the summer break, Ferrari took three consecutive victories and was set to win in Russin before a poorly timed virtual safety car, ironically caused by Sebastian Vettel, allowed Lewis Hamilton to jump Charles Leclerc as the former was still to make a pit stop.

MORE: Wolff: Sochi outcome showed we must never give up | Bottas leaving 'no stone unturned' to beat Hamilton

Wolff says that Mercedes must make an effort to fix its performance heading into the final five races of the season if it wants to beat Ferrari on merit.

"First, we've got to fix our performance," he said. "You can still fight as hard as you can but if it's not a level playing field then you got to step up.

"And until then, you just have to give it everything, And this is what we did."

Wolff believes that Ferrari's sudden upturn in pace as been brought on by performance gains that the Scuderia outfit has made, coupled by the fact Mercedes has not introduced upgrades to the W10.

"I think they have continued to make big steps in straight-line performance and they had a good car in Singapore, a good car in Sochi and if you put these dots together, you are setting the benchmark.

"This is what they did in the last two weekends. At the same time, we haven't brought upgrades in a long time to the car and haven't probably managed things as optimum as we can manage.

"But also we have been a bit unlucky with our calls, in the last few races we could have won but didn't."