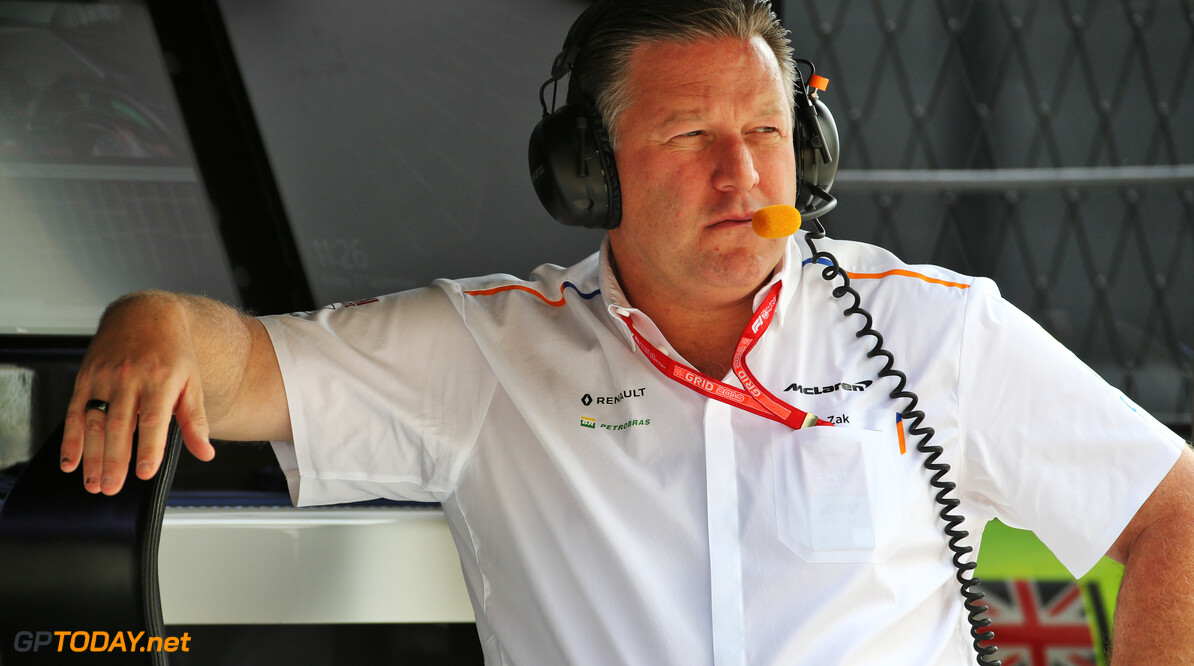 Brown: Beating Mercedes possible 'if we do a good job'

Zak Brown believes his McLaren team can beat Mercedes when it takes on a supply of the German manufacturer’s power units from 2021 onwards.

Speaking to the gathered media in Sochi, Brown and Mercedes chief Toto Wollf addressed questions regarding the deal for McLaren and Mercedes to rekindle their engine supply agreement that finished at the end of the 2014 season.

After ditching Honda two years ago, McLaren has recovered from ninth in the constructors’ championship to fourth this season, one place ahead of current supplier Renault.

Brown says that McLaren's new team principal Andreas Seidl pushed for the team to switch to Mercedes when he was asked by Brown to form a plan to get the eight-time champion team back to the front of the grid.

“I want to start by thanking Renault, they have been a fantastic partner as we work on our road to recovery and our journey up the grid, they’ve certainly played a big role in that process,” said Brown.

“[Swapping Renault for Mercedes] was, of course, a group decision, but one that was driven by Andreas.

"When you look at Mercedes-Benz, they have been the benchmark, so to have what we believe is the best engine behind our race car ultimately chasing what we think is the best team in Formula 1, certainly at the moment is a good place for McLaren to be in our desire to get back to the front.

“I'm very, very confident that Mercedes supplies, and you can see it’s clear that’s what’s in the Mercedes car is the same as in the Williams and the Racing Point cars, so if we do a very good job with our team, execute, the drivers do a good job, then yeah I think we can [beat them] but we’ll have to be on our A-game.”

McLaren’s original plan was to secure a Mercedes power unit supply when it separated from Honda back in 2017, but as Wolff explained, the timing of the new deal makes it a much more agreeable one for both parties.

“We said [back in 2016] that we want to give 100% concentration on our works team, and then we stepped a little bit away from that by supplying Manor, and we actually realised that it was an advantage of having more power units out there,” said Wolff.

“There’s maybe a processing and a logistic question because everyone needs to be supplied at the same time, but I think there is more upside in it going forward.

“Of course there is a financial upside, it’s a cash flow question which is helpful on the power unit side, so overall many pros. There is one risk in this that if McLaren does a good job they will push us hard ...but we feel we are ready for that step.”

With a major shift to Formula 1’s regulations expected for the 2021 season, and Mercedes already making the decision to enter a team in Formula E, Wolff denied the German manufacturer was likely to pull out of F1 anytime soon.

“It’s important to make clear that it’s a works team today and this is a customer power unit relationship - not the start of a works deal and [Mercedes not being in F1] anymore,” Wolff insisted,

“As it stands, we are keen on understanding how Formula 1 goes forwards, how it develops, and continuing preferably as a works team. From a cost perspective, we would be keen together with the FIA and Liberty Media, to keep the current formula.

“Nevertheless, the world is changing, we have millions of people on the streets protesting or cheering for climate change, for us in Daimler, sustainability has become much more important than just a marketing or PR tool,

“With all my colleagues from the other suppliers, we’re looking at the vision engine of 2025 and how that could look. The question is, do we need to bring that forward because the world is moving faster than in the past and this is a discussion that we need to have.”