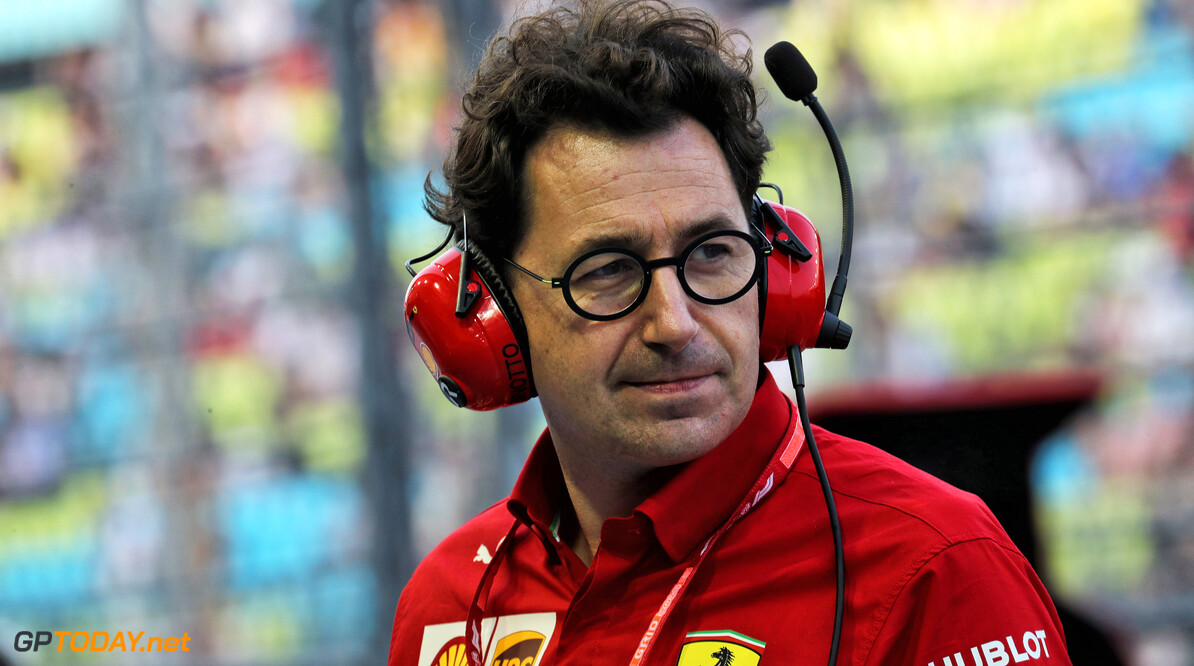 Binotto: It would be a 'shame' to use Ferrari veto

Ferrari team principal Mattia Binotto has affirmed that it would be a "shame" to use the team's veto power in the 2021 regulations discussions.

Ferrari retains the right to veto decisions that Formula 1 wishes to push through - a power that it has possessed since the 1980s.

The 2021 regulations are set to be signed off at the end of October next month, but Binotto insists that Ferrari is focused on working with the rest of the teams for the benefit of the sport, rather than using its power of vetoing decisions.

"It's important to be constructive and we've got a month now to address what's at the fundamentals from now until the end of October.

"If the regulations will not be fully satisfactory at the time of the end of October, I don't think it will be a drama because later on, we have still got time to evolve, address and improve them."

Binotto added that Ferrari is concerned about how "prescriptive" the regulations are set to be, stating that he wishes for there to be more freedom to develop.

"These are the keys points, and I think there is still room for collaboration and making a different choice to what has been achieved so far.

"So again, we are more focused on trying to collaborate and address what we believe is fundamental, rather than what we say that we have the veto right."