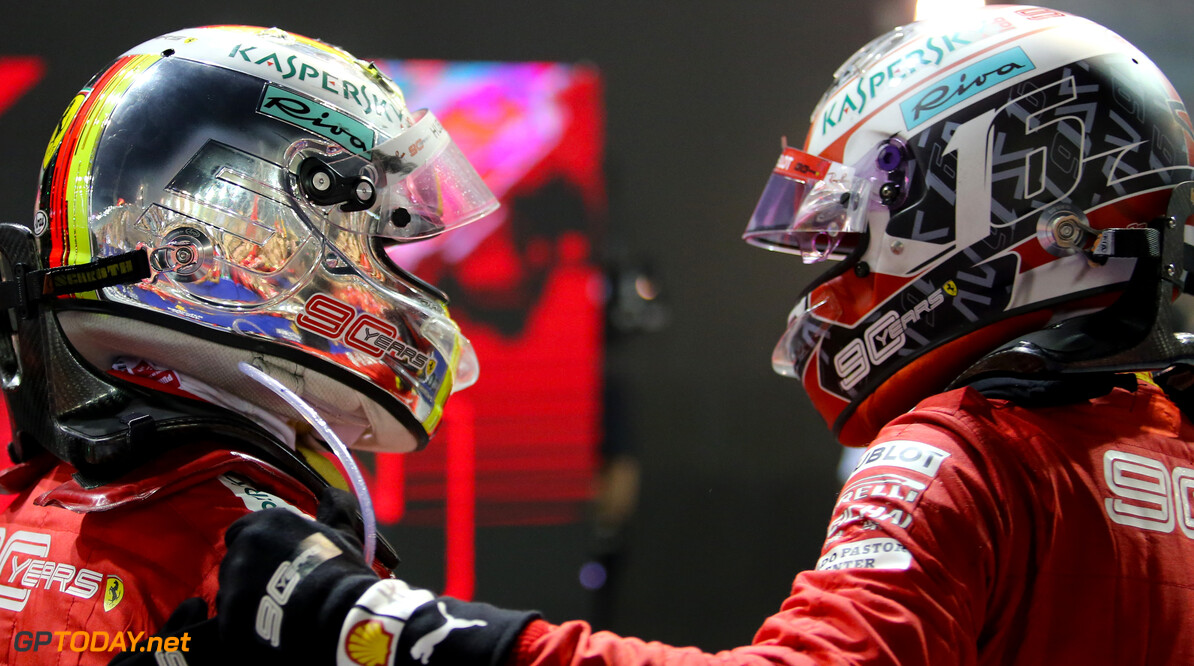 Charles Leclerc believes that his comments over the radio at the Singapore Grand Prix shows that he still has things to learn in Formula 1.

After heading the opening phase of the race, Leclerc dropped behind Ferrari teammate Sebastian Vettel for the lead after the German driver successfully completed an undercut.

Leclerc took issue with the situation over the radio but has since moved to clarify that he understands the strategy meant a better result for the team.

"I believe my reaction was way over what it should've been. That shows I've still got a lot to learn," Leclerc said. "These situations, there is no need to be like this.

"On that, I definitely have got a lot to learn and a lot to improve, but that won't happen again in the future."

Vettel defended Leclerc's radio comments, stating: “I don’t think that you should interpret too much into these messages because we are driving when we are opening the radio and I think if you would do the same exercise with any football player, or even a golfer, you’d be surprised.

"There’s no point trying to understand a reason behind everything that people say when they are in the moment. I think it’s pretty normal and obviously he wanted to win."

Leclerc eyeing another battle with Mercedes

After taking three consecutive pole positions and displaying surprising pace in Singapore, Leclerc is hopeful that Ferrari will once more be able to challenge in Sochi.

However, the Monegasque driver is wary of the dominance of Mercedes around the circuit, as it is yet to be beaten in Russian since F1 arrived at Sochi in 2014.

"We were very surprised in Singapore by how quick we were," he said. "Whether it will be the same story here or not, I don't know. Definitely, if we didn't have the Singapore weekend, we would not arrive here thinking we are the favourites.

"Mercedes has always been very very quick, and they have won all the years here so it is going to be very difficult to beat them.

"But seeing the performance in Singapore, we are a bit more confident so let's see if we can challenge them."