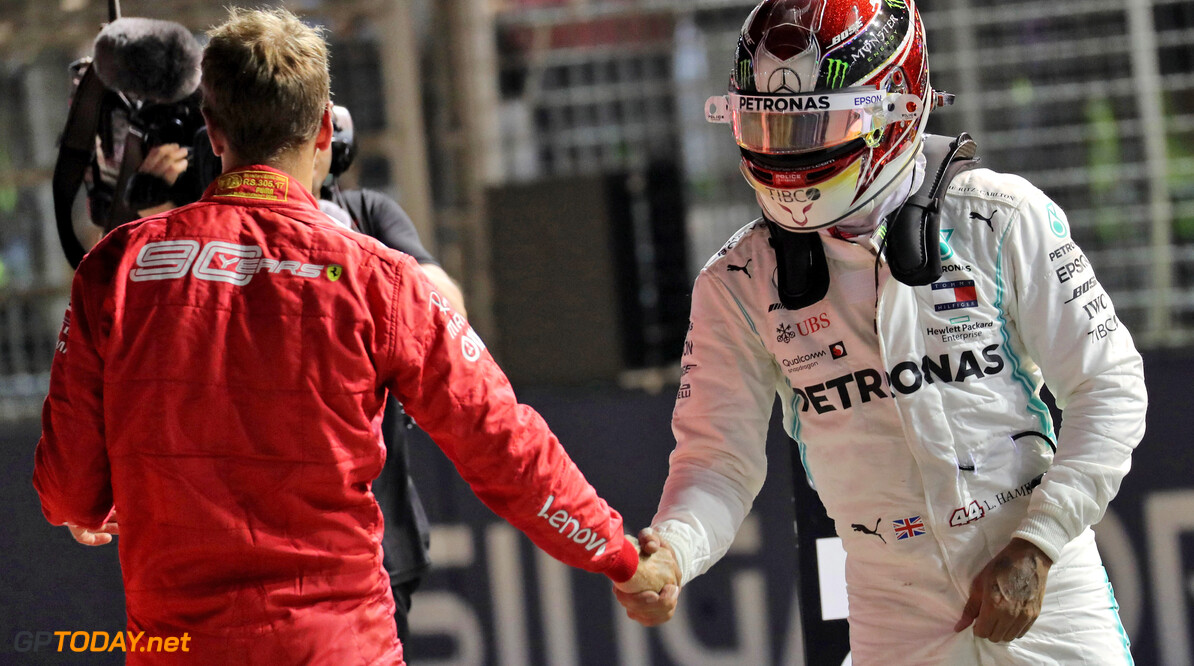 After what was a very disappointing race in Monza for Vettel, the four-time world champion needed a good weekend in Singapore. He looked set for pole in qualifying until teammate Charles Leclerc and the Mercedes of Lewis Hamilton both put together outstanding laps. However, he had good pace during the race and fought well through the traffic after his pitstop.

After an amazing couple of races in Spa and Monza, Leclerc was on a role. After putting his Ferrari on pole for the race with a stunning display in qualifying, the Monégasque driver was targeting his third win in a row. He was unlucky to have been undercut by his teammate and eventual race winner Sebastian Vettel, but overall it was a solid weekend.

Going into the weekend, you would have assumed that Red Bull would be contending for both pole position and the race win in Singapore due to the high downforce nature of the circuit. However this turned out not to be the case, but nevertheless a decent drive from Verstappen to earn himself a podium finish.

It was another great Q3 lap from Hamilton, with the seemingly extracting as much as possible from is Mercedes. This was only enough to get himself onto the front row, but the current world champion was in contention for the victory until his pitstop. He was left out too long by his team, eventually crossing the line in fourth.

We didn't get to see much of Bottas this weekend after a rather lacklustre performance both in qualifying and the race. It seems that his confidence in the car was dented after his crash in practice on Friday, and the Finn never managed to completely recover from that incident.

In just his third race for Red Bull, and his first in Singapore, Albon continues to get faster and faster. He improved throughout each session and managed to stick with the leaders throughout the whole race. Helmut Marko has said the Red Bull drive for 2020 is between Pierre Gasly and the Anglo-Thai rookie, so performances like this will only help his case.

Norris was in need of a good result after a rather unlucky series of races, and thanks to a solid drive by the British rookie that is what he got. He set a very impressive lap time in Q2 on Saturday, but unfortunately made a mistake in Q3 to qualify tenth. He then went on to drive an excellent race to pick up the maximum points McLaren could have hoped for on merit.

It is nice to see Gasly driving well after his demotion to Toro Rosso, with the Frenchman showing off his overtaking skill in Singapore - something he was lacking in the Red Bull. He was comfortably ahead of his teammate Daniil Kvyat all weekend, an impressive feat given the Russian's recent form.

On a weekend that must have been difficult behind the scenes for Hulkenberg, the German driver put in a decent recovery drive to finish ninth. This is because after starting in the top ten, he came together with Carlos Sainz on the first lap and gave himself a puncture. He will hope to continue this good form into his final races with Renault, and maybe in Formula 1.

It was a really encouraging weekend for Giovinazzi, who scored another point to add to his tally for the season. The Italian had a pace advantage over teammate Kimi Raikkonen both on Saturday and Sunday, and became the first non-Mercedes, Ferrari or Red Bull driver to lead a race this year.

Grosjean was driving quite nicely during the Singapore Grand Prix before he made contact with George Russell. However, it was deemed a mere racing incident, with Russell coming off worse.

Sainz produced a fantastic lap in qualifying on Saturday to top the midfield group - however after contact with Nico Hulkenberg on the opening lap, he was demoted down the order. The Spaniard did well to regain positions, helped by the safety cars.

Despite having another Q1 exit, Stroll was enjoying a pretty encouraging race before he made with the wall all by himself, which meant he had to pit after sustaining a puncture.

Ricciardo was deeply frustrated after he was disqualified from qualifying on Saturday night, and set off on a recovery drive on Sunday. However, the push was a little too much as he found himself making contact with Giovinazzi, which damaged his car.

Gasly seemed to have the edge over Toro Rosso teammate Kvyat all weekend. The Russian was running outside of the points during the race, before making contact with Kimi Raikkonen, eliminating the latter from the Grand Prix.

Kubica had a pretty encouraging race, in what was his first since announcing that he would be leaving Williams at the end of the season. The Pole was able to pull off some good defensive manoeuvres and get himself in on-track battles, which has been something of a rarity for Williams this year.

Magnussen was racing very well inside the points before a plastic sandwich bag got caught in his front wing, causing him to drop down the order, making an extra stop towards the end of the race.

After making an early stop, Raikkonen found himself further up the order when his rivals swapped their tyres. However, the Finn couldn't keep them behind and was eventually taken out of the race after making contact with Daniil Kvyat.

Perez showed some good speed in qualifying, but a grid penalty due to a mistake in Q3 meant that he had to start further back than what he would have liked. A mechanical issue put him out of the race on lap 43.

Williams' run of consecutive finishes this season came to an end when Russell retired after making contact with Romain Grosjean.