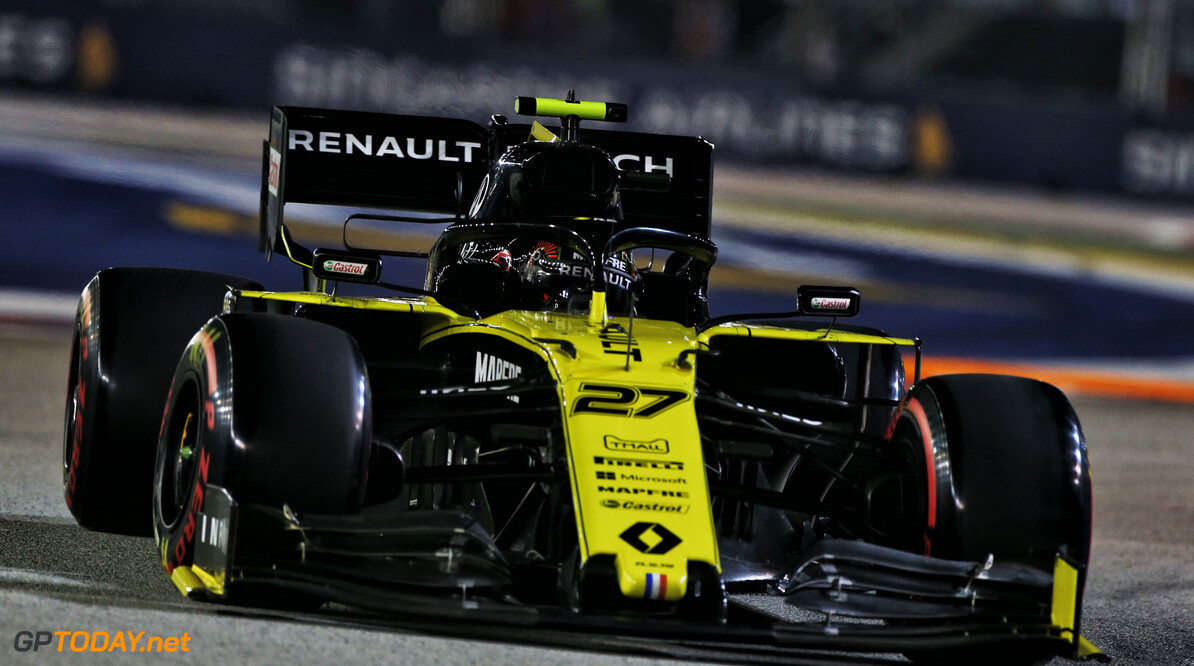 Both Renault driver Nico Hulkenberg and sporting director Alan Permane have said that the team is expecting a tough race in Singapore, as the French outfit hope to outscore the two McLaren's of Lando Norris and Carlos Sainz.

That task has been made more difficult however, since it was announced that Daniel Ricciardo had been disqualified from qualifying for a MGU-K related issue.

Singapore is not only very physically demanding for the drivers, but for the engineers it can be problematic due to a number of unknowns. For example, a safety car has been deployed in every race since the street circuit was added to the calendar.

This creates a problem for engineers as they cannot be sure when is the optimal time to pit, and can be caught out at any point.

Hulkenberg said: “Qualifying was very intense today and we gave it everything. We probably achieved our maximum, I was happy with my laps, so we’ll take that.

"It’s always tough here with the close walls and frequent corners, it’s very intense but that’s why we all like racing here. It’s going to be tight and overtaking is difficult here. There’s the strategy question, safety car possibilities and I’m sure there will be plenty thrown at us."

Alan Permane added: “We’re always happy to have both cars in Q3 and, today, we got the most from it. We’re more comfortable here than other high downforce tracks this season, having learnt some lessons at previous races.

"The cars are working well and we’re pleased to be eighth and ninth on the grid. Tomorrow, we’re expecting a long and hard race. It’s challenging on the car, the drivers, the crew and the tyres.

"Tyre management will play a key part in the race and we will be ready to react to the many different scenarios that could be thrown at us.”