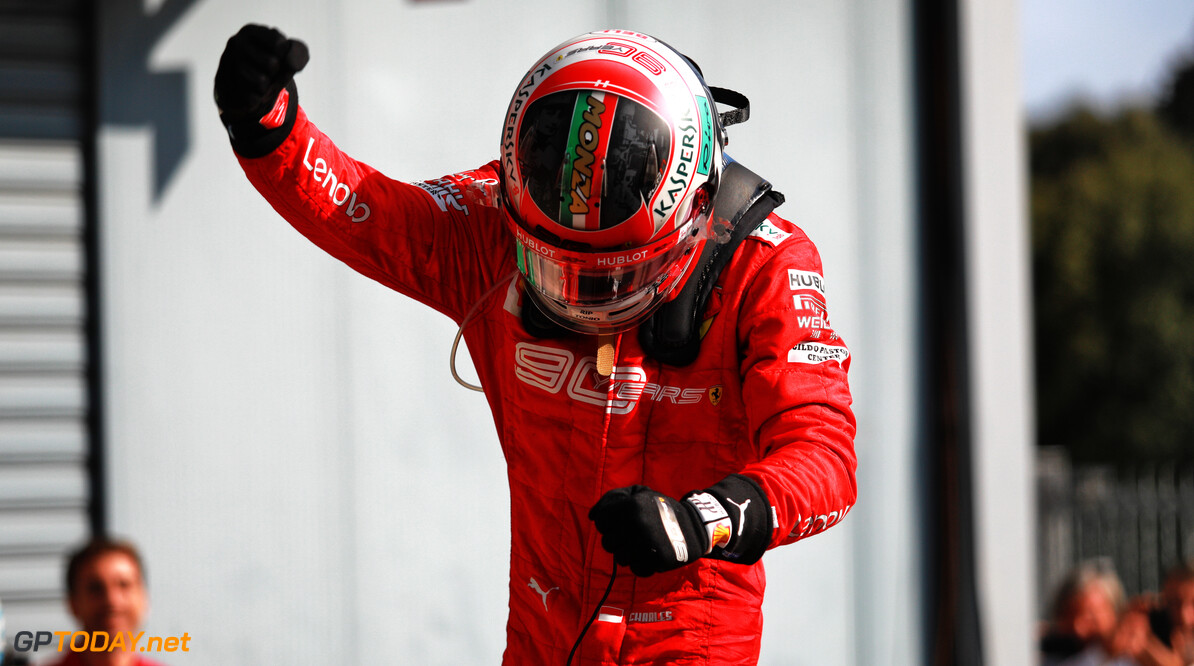 Leclerc denies he is Ferrari's number one driver

Charles Leclerc says he is not Ferrari's number one driver after winning the last two Formula 1 races at Spa-Francorchamps and Monza.

Last time out at Ferrari's home race in Italy, Leclerc fended off Lewis Hamilton for the win, while teammate Sebastian Vettel spun early on, destroying any chance of a strong result.

In qualifying, Vettel has failed to beat Leclerc since he took his one and so far only pole position of the season in Canada.

Despite the form he has had in the previous races, Leclerc doesn't believe that he is now Ferarri's lead driver, insisting that things are balanced within the team.

"I've never felt that way," Leclerc affirmed. "From the outside, I don't know if it looks different, but from the inside, it is very balanced.

"There have been situations in the past where I have helped Sebastian, some other where Seb helped me and that's the way forward for the team. The team is doing everything for its benefit and that's the most important [thing].

"We are here to perform at our best which is what we are here to do. But I'm very happy with how the team is at the moment."

Leclerc also denied that he has to have a strong ego in order to succeed, as he believes that playing the team game will benefit him in the long-term.

"To be a team player, it always pays off at the end of the day," he said. "The team is doing everything for us. If you have one driver that is an egoist and just looks at himself, it's not great.

"There are situations where maybe you have to look more at yourself, but you just need to find the right balance."