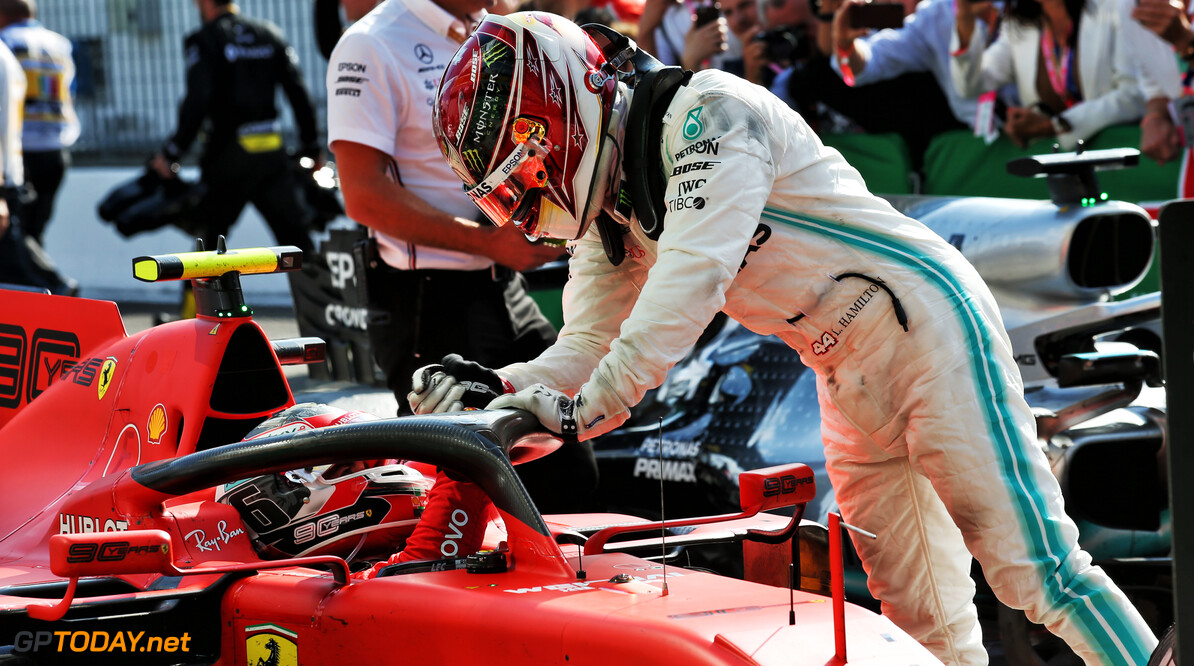 It was a dream come through for Leclerc on Sunday, who found himself winning Ferrari's home race, and taking his second. The 21-year-old is starting to shine through at the Scuderia outfit, casting away some doubt that lingers over the decision of Ferrari to promote him so early.

Bottas once again showed strong pace in qualifying and was flying at the end of the race, before a minor mistake a Turn 1 wrecked his chances of taking his first win since Baku earlier this year.

Much like Bottas, Hamilton had a costly mistake which not only ended his thrilling fight with Leclerc, but also saw him concede second place to Bottas.

Ricciardo enjoyed a weekend that couldn't have gone much better, - qualifying fifth and finishing fourth, taking his best result of the season so far for Renault.

As he continues to work out his future in F1, Hulkenberg displayed a strong drive to peak the interest of potential suitors. Although he didn't have the pace to match Ricciardo, crossing the line in fifth capped off a strong weekend for Hulkenberg.

Albon is still warming into the Red Bull team after his mid-season promotion, but still showed some impressive racecraft at Monza. However, he did his race no favours when he ended up in the gravel while battling Carlos Sainz, and ended up coming home behind the two Renaults.

Perez started from the back row alongside Max Verstappen on Sunday due to engine penalties but climbed his way to seventh place when the chequered flag fell - another fantastic outing for the Mexican who continues to prove his worth to Racing Point, having just committed to a long-term contract.

Starting from the rear of the field, Verstappen's race was always going to be difficult. However, it got tougher after getting caught up in a Turn 1 accident. After making an extra pit stop, the Red Bull driver managed to get himself back into the points, pulling the curtain on a strong race amid difficult circumstances.

After the lows of the Belgian GP, where he crashed out on the final lap when he was on the verge of points, Giovinazzi made no mistake at his home race to claim two points for himself and Alfa Romeo as he eyes up another deal with the Italian team.

Also a driver to take penalties, Norris managed to secure a point for McLaren on an all-round difficult weekend for the Woking squad. Managed to keep Pierre Gasly behind him, following some on-track overtakes to move up the order.

Gasly was unlucky to get caught up in the incident at the Ascari chicane, as up until then he had been having a strong race. The Frenchman was running inside the points after making up a few places at the start of the race.

On a weekend where he finally made a Q3 appearance for Racing Point, Stroll had good pace and was running well inside the points. However, after being span around by Sebastian Vettel the Canadian was handed a drive-through penalty for the dangerous manner in which he returned to the circuit.

Vettel showed some very strong pace in qualifying, but was unable to show this on the last run in Q3 as he didn't make it across the line before the chequered flag was waved. However, his race can only be described as an amateur performance. The German was running well in fourth place when he span at the Ascari chicane, all on his own. Then, when returning to the circuit he collided with Stroll, earning himself a ten-second stop-go penalty. This was all on a weekend where his teammate Charles Leclerc excelled in front of the Tifosi.

Russell is quietly becoming one of the standout performers of 2019, as the current Formula 2 champion finished nearly half a minute ahead of his teammate. He had good race pace, and it is clear to see that Williams are improving.

It was not a good weekend for Raikkonen, as the Alfa Romeo driver crashed twice over the weekend. Due to his qualifying crash, the Iceman started the race from the pit lane but could not make up many positions during the race. This was mostly due to an error from the team, as he was dealt an extremely harsh penalty for not starting the race on his qualifying tyres.

If Grosjean wants to keep his seat at Haas for 2020, he will need some seriously impressive results in the upcoming races. This is because the Frenchman failed to make it out of Q1, and then span during the race. This forced him to make an early pit stop on a weekend where the car had a chance at scoring points.

Kubica will have a very hard time convincing Williams to retain him for 2020 given his performances this season. In qualifying, there was the standard half a second deficit to his teammate George Russell, and by the end of the race there was half a minute between them. The Pole was running ahead of Russell until a slow first pit stop, but a lock up meant that he had to pit again later in the race.

Magnussen performed well over the course of the weekend, setting two near-identical lap times in qualifying which suggests he was at the limit of what the car was capable of. In the race, he was running just inside the points when his car gave up the ghost and he was forced to retire.

If he keeps performing at this level, Kvyat is going to make Red Bull's 2020 driver decision difficult. The Russian has been impressive all season long, and he was running in P7 and on for some good points when his engine went up in smoke.

Sainz suffered with some of Lando Norris' bad luck of late, with a loose wheel causing putting an early end to what was a good race for the Spaniard. He seemed to have slightly stronger pace than Norris in the race, and was just about keeping pace with Nico Hulkenberg in P6.