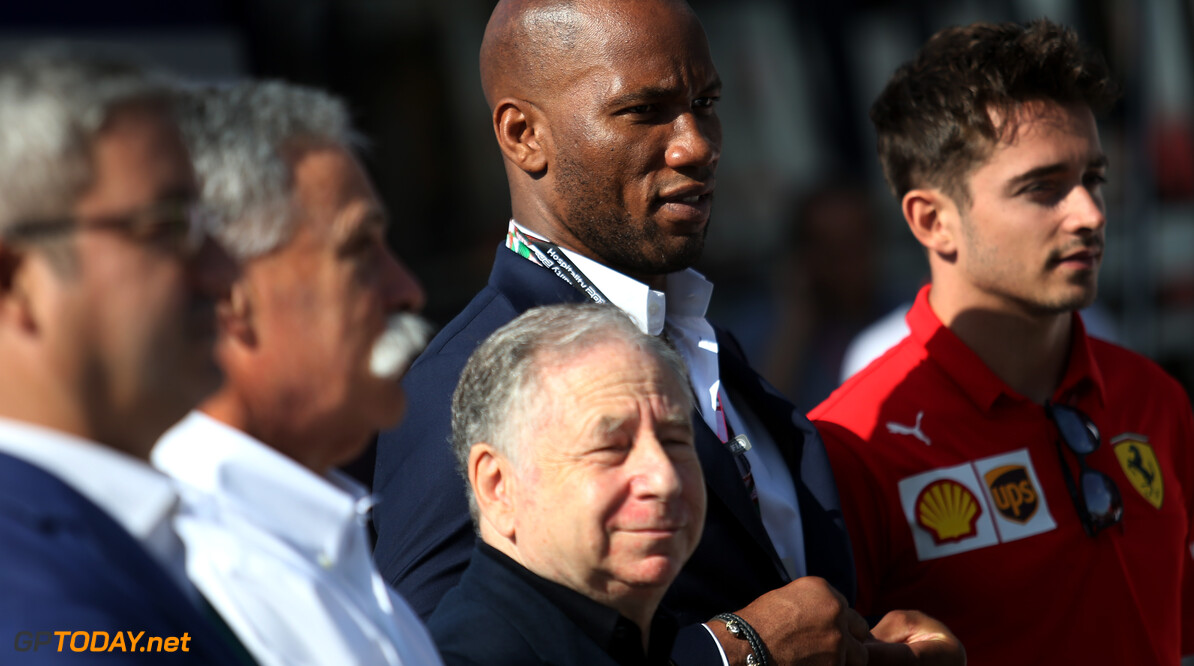 Masi explains why Leclerc was only given 'yellow card'

FIA race director Michael Masi has explained to Sky Sports why Charles Leclerc was only given Formula 1's equivalent to a 'yellow card', rather than a full blown penalty during his battle with Lewis Hamilton.

At around the halfway stage in the Italian Grand Prix, Hamilton and Leclerc were battling hard for the lead of the race. Leclerc was in front, but Hamilton went for a move around the outside of the turn 3 chicane. The Ferrari driver did not leave a car's width alongside him, meaning that Hamilton was forced off the circuit.

Within a few corners, Hamilton was back on the tail of the Monegasque driver. The FIA then issued a black and white flag to Leclerc, which is used to warn a driver of dangerous driving and to clean up their act.

Masi explained: "It's quite obvious here that Charles has squeezed Lewis and, consistent with what happened last weekend in Spa with Pierre Gasly, as a result it was the bad sportsmanship flag, or the black-and-white flag, that was displayed to Car 16 for the move and the squeeze in the braking area."

The black and white flag has been available for use in the past, but not really utilised. Masi went on to say that it will be used in the future as a last chance warning for drivers before they get a penalty.

"For small infringements that are, let's call it, a 'professional foul' but don't go beyond the line, we'll be absolutely using the black-and-white flag more and more," he said.

"It's a sign to everyone that the driver's on notice because you only get one for the race. If you do it again, the drivers have all been advised that any other infraction will be referred to the stewards."

This change comes as fans and teams call for drivers to be allowed to race more freely, especially after Sebastian Vettel felt he was robbed of a victory in Canada.

"If there was resultant contact [in the Leclerc and Hamilton incident] we would have looked at it in a bit more detail, but effectively under the 'let them race philosophy' that the teams, the F1 Group, the drivers and the FIA have worked together on throughout the year, and giving the teams the advice at the last event in Spa, we will be using the black and white flag more often - at their request I must say," added Masi.