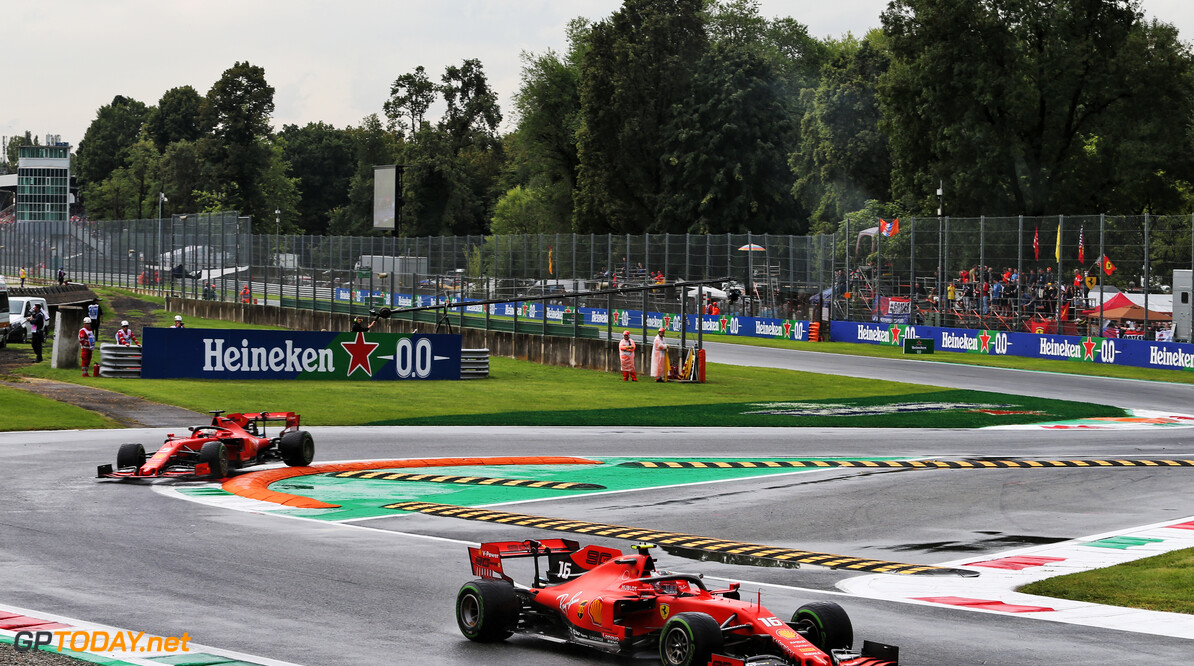 Vettel unhappy with Ferrari's strategy for Q3 at Monza

Sebastian Vettel says that he was unhappy with Q3 as he didn't think that Ferrari followed the strategy that they had planned. He claimed that his 4th place was as a result of not getting a tow on the main straight.

Vettel was frustrated by the mess at the end of Q3 and was upset that his teammate Charles Leclerc was out of position to give him a tow. However, neither of the Ferrari drivers crossed the line in time for a final run due to the slow running cars in front of them.

After qualifying, Vettel complained that Leclerc didn't get into the expected position in front of him for the final run. Leclerc says that he was caught out and ended up out of position.

Vettel said; "It was my turn to get a tow, I was the one first in Q3 to give a tow, and the one second to receive a tow, but obviously we waited too long so in the end, there was no margin.

"Not happy, the lap was really good that I had on my own, I just had no tow. I think we just didn't execute what we thought we had to do today. Anyway, for the team it's good, it's a good result, so let's see what we can do tomorrow."

Leclerc explained himself and said; "There was the huge mess in front of turn 1 and 2 and the McLaren and Renault stopped in the middle of the track and we had nowhere to go.

"Seb overtook me there, and then I basically stayed behind Seb until the last straight where I also heard on the radio 'You can overtake Seb' so I overtook him".

Vettel commented that by the time that Leclerc had passed him "there was no point, but at that point, I was too close anyway, plus the session was over so I couldn't even make it to start the lap, so I can't be happy with that".