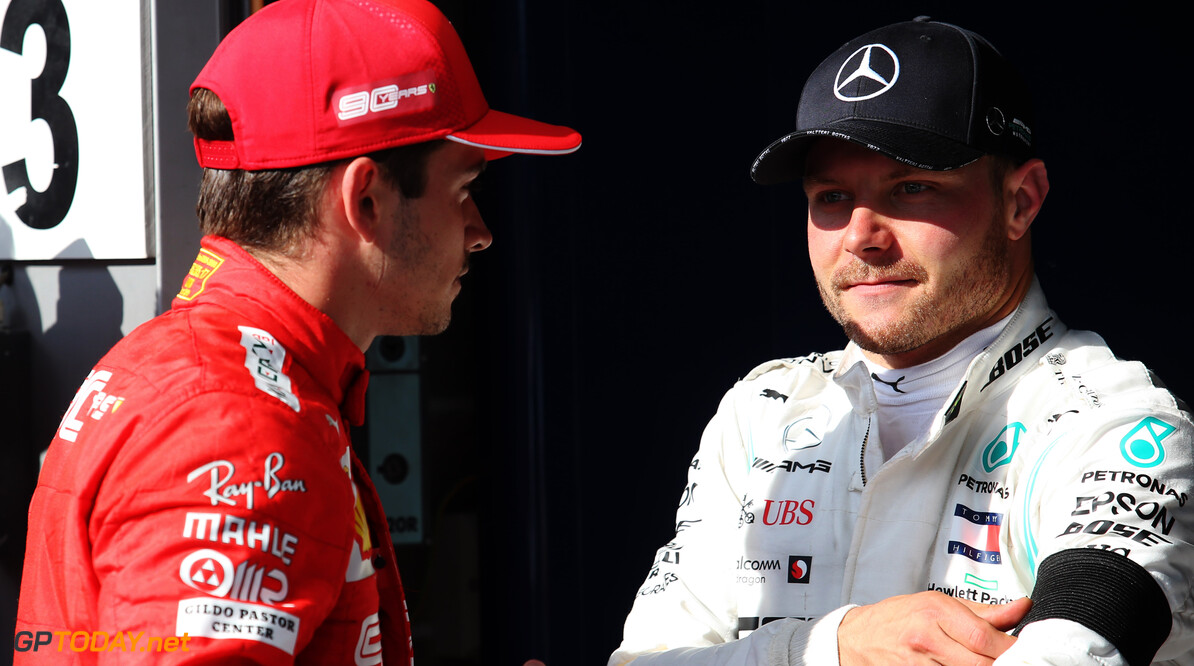 It was both a weekend of heartbreak and celebration for Leclerc, as he paid tribute to the late Anthoine Hubert with his maiden Formula 1 victory. The Monégasque driver was dominant in qualifying, and then kept his head when it mattered in the closing stages of the race to hold off Lewis Hamilton.

Going into the race, not many people thought that Hamilton had much of a chance of the victory given Mercedes' pace deficit to Ferrari. However, after another sterling drive by the Brit victory was in his sights. He ran out of laps, but it must be encouraging for Mercedes as Formula 1 moves into the home of Ferrari.

Bottas was in no man's land for the majority of the weekend in Spa-Francorchamps, on the weekend where it was confirmed that he'd partner Lewis Hamilton for at least one more year. The Finn showed glimpses of pace in the race, but never mounted a challenge to his teammate.

Saturday wasn't all to impressive for Vettel, as although on the front row, his best effort was 0.7s behind that of pole-sitter Leclerc. He made a poor start but made the position back to Hamilton, and had strong pace on the soft tyres. However, this pace evaporated on the mediums, leaving the German to settle for fourth place.

In his first race with Red Bull, there was a lot of pressure on Albon to impress. This is exactly what he did. After a shaky start to the race, the Anglo-Thai rookie came alive in the second half of the race and pulled off some brilliant overtakes. If he continues this form, he could be at the start of a very long and successful stint at the team.

Perez is another driver that announced that he'd signed a new contract, with the Mexican committing himself to Racing Point for the next three years. He had a very strong race and scored some good points for the team. He was unlucky to be passed by Albon on the final lap but didn't really lose out due to Norris' retirement on the same lap. A well-deserved sixth place.

Another race, another impressive performance by Kvyat. After starting from the back, he drove an impressive race to not only finish in the points but more importantly for his career, ahead of Pierre Gasly.

Hulkenberg did well to pull off a two-stop strategy in the race to bring home points for Renault. The German also managed to stay ahead of Albon in the first stint, and he is going to need more performances like this if he wants to find a seat for next season.

The pressure is on Gasly to perform in the second half of the season, after a disappointing stint at Red Bull. If his performance in Belgium is anything to go by, the Frenchman is determined to prove himself. His race craft was much better than anything we saw when he was at Red Bull, and he seemed to overtake more in one race than he's done all year.

It was overall a respectable weekend for Stroll, with the Canadian picking up the final point for Racing Point. He didn't quite have the performance of his teammate Perez, but it was a good race nonetheless.

On an already difficult Sunday for Norris following the passing of Hubert, Norris suffered further heartbreak with an engine problem, which denied him a career-best fifth place on the final lap of. Nevertheless, his strong drive did not go unnoticed, as the rookie continues to shine.

The Haas car's problems were more evident than ever on Sunday at Spa. As Magnussen's first stint grew longer, he found himself dropping like a stone down a well, as the team is still struggling with its tyres. Nevertheless, 25 laps on the soft compound is an impressive stint.

Grosjean reverted back to the updated Haas car for the weekend, and was running nicely inside the points before being passed by the cars behind on a two-stop strategy.

Ricciardo had a blistering qualifying, but unfortunately, his race was ruined on lap one, when he made contact with Stroll. Sustaining heavy damage, Ricciardo nobly fought to the end after stopping on lap one, scoring his third consecutive non-points finish.

The performance of the Williams was once again nothing to be excited about at Spa, however Russell was consistently quicker than Kubica during the race, and wasn't a million miles away from the pack when the chequered flag fell

Raikkonen also could have had better fortunes on Sunday, as contact with Verstappen put a major dent in his race and evaporated all hope of a strong result.

Kubica failed to set a time in qualifying due to an unfortunate engine failure and in the race worked with the tools he had to get the car to the end of the race.

Giovinazzi was having arguably his best race of the season on Sunday, storming through the field on fresh tyres. He was on course for a ninth-place finish before a last-lap crash undid all of his impressive work throughout the 44 laps.

Sainz took a grid penalty after exceeding the quota for engine components - but in the race, power problems that surfaced n the formation lap eliminated him from contention and put an early end to a disappointing weekend for the McLaren driver.

In what has been a superb season so far for Verstappen, the Dutchman found himself in the wall on the opening lap after making contact with Raikkonen. While it was arguably rightly deemed as a racing incident, a lunge on an unsighted Raikkonen was never going to end well.