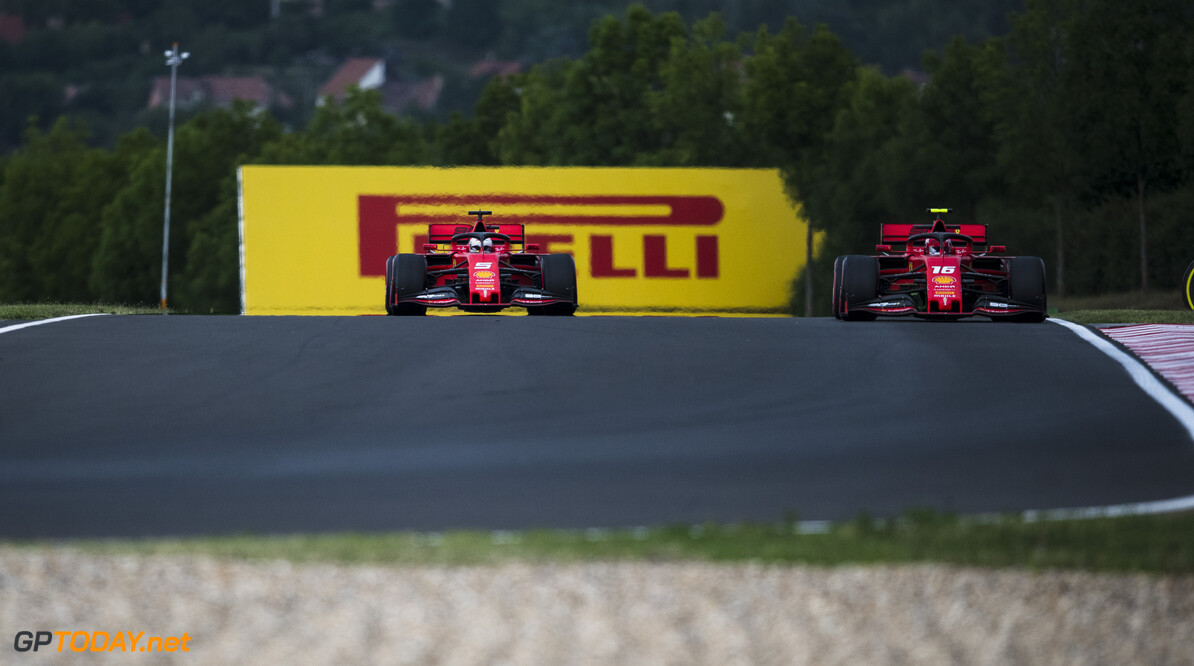 Charles Leclerc believes Ferrari could be in for a difficult race at the Hungaroring due to its lack of overall grip around the sector.

The Italian squad has been consistently quick in the opening sector, which consists of straights, however it is losing out to rivals in the following two sectors.

Charles Leclerc and Sebastian Vettel qualified for the Hungarian Grand Prix in fourth and fifth place respectively, almost half a second down on pole-sitter Max Verstappen.

Leclerc was lucky to be able to continue in qualifying after he made a "stupid" mistake during Q1 which saw him make contact with the barrier.

"We are losing it in the last sector, which is a shame," Leclerc said. "Also I had quite a big mistake. It was a stupid mistake at the time but I was very happy to go again.

"It was close to being big, it was very, very stupid. I know I didn't look great today with that mistake."

Leclerc added that he was very happy with his performance in Q3, but that the car is simply lacking pace compared to its rivals.

"Overall we are lacking grip so for the race I expect a very difficult race. We are sliding a lot more compared to them, we are quick in the straights but struggling into the corners.

"Sliding into the corners means we are destroying the tyres very quickly."