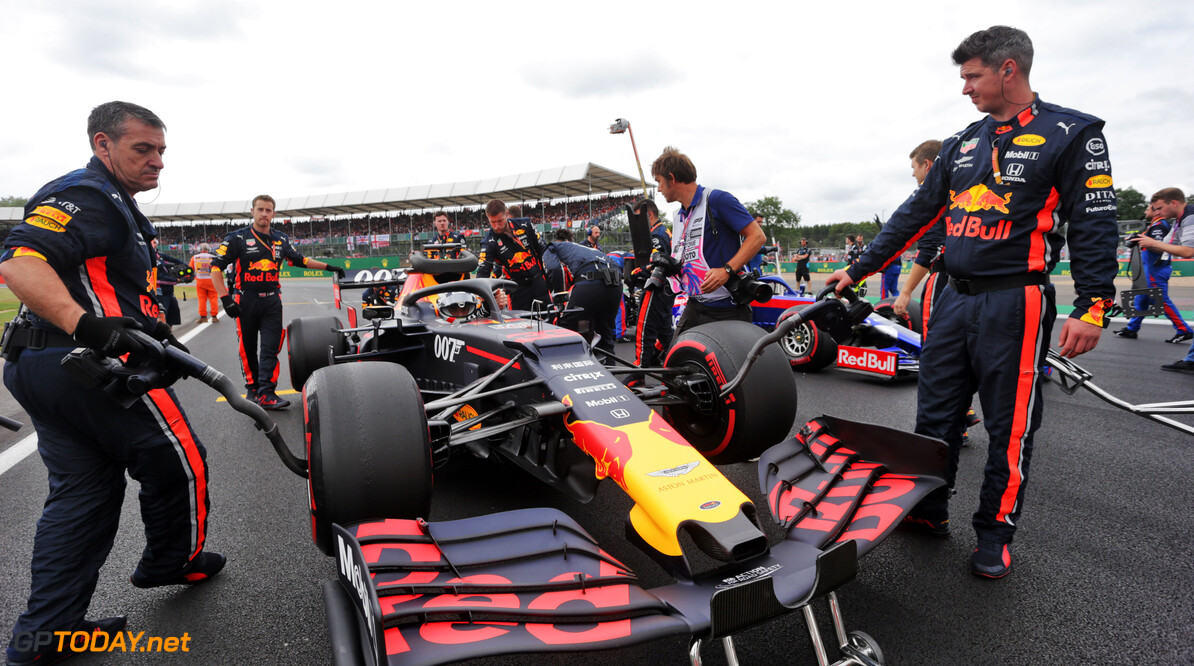 Red Bull boss Christian Horner has revealed that the team's scramble to replace the rear wing on both cars was caused by cracks found during an inspection on Max Verstappen's car.

There was a frenzy of activity on the Dutchman's car just moments before the race start, and then the same problem was discovered on his teammate Pierre Gasly's RB15. The issue was made more difficult by the fact the team had to get permission from the FIA in order to fit the spare parts.

Under parc ferme rules, teams are not allowed to modify the cars. However, in the case of bodywork they can apply for permission to change it, as long as the new part is like-for-like.

Horner explained what happened on the grid: “One of the mechanics doing one of the checks found a crack in the rear wing of Max, so we applied to get permission to change it.

“Then, there was an inspection on Pierre’s and we could see the very start of a crack appearing in the same place. So permission to change them both was granted just as a security, and we did that.”

The Red Bull mechanics were also seen applying special glue tape to the new rear wings, presumably to ensure that the same cracks did not reappear during the race.

“The tape wasn’t going to reinforce it, it was more some glue that went on,” Horner said.

Both cars were able to finish the race without any further cracks developing in the rear wing, despite Verstappen suffering a heavy shunt from Sebastian Vettel midway through the race.

The high speeds of Silverstone are known to put a lot of stress on the car's aerodynamics, and is amongst the most stessful tracks on the Formula 1 calendar.