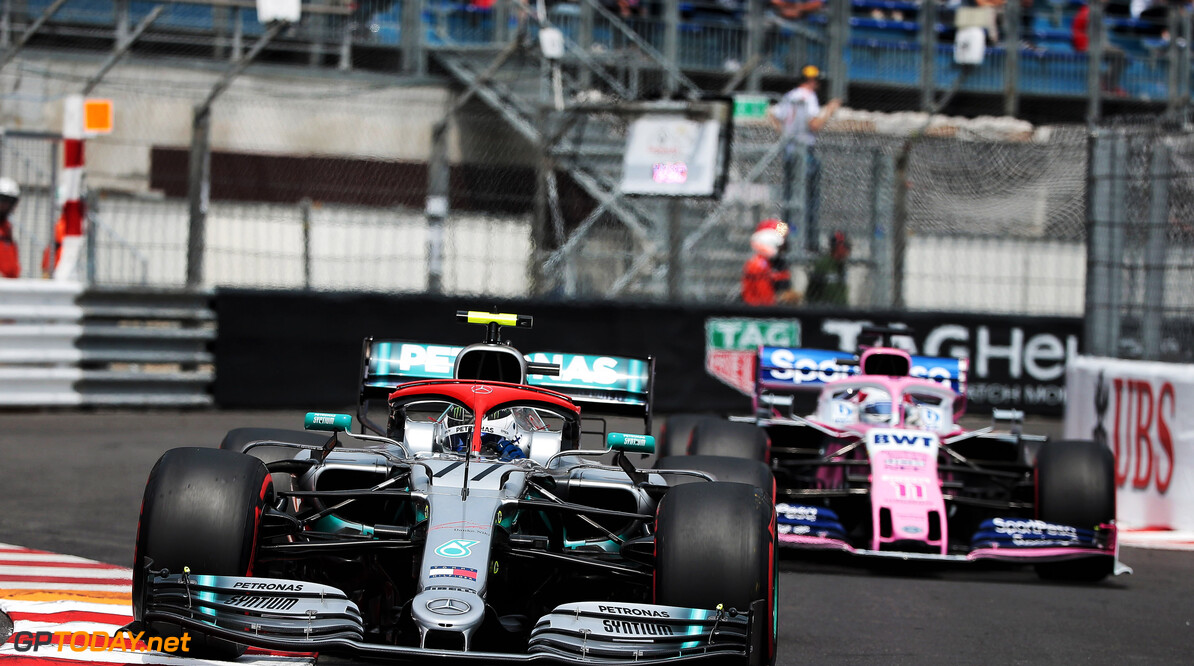 Valtteri Bottas says that traffic on his out lap before his final run in Q3 denied him a chance taking pole position in Monaco.

Bottas will start Sunday's race from second on the grid alongside teammate Lewis Hamilton, who claimed his second Monaco pole position on Saturday.

Bottas held provisional pole after the first set of runs before Hamilton narrowly improved on his lap time to jump to the top of the timesheets, while Bottas backed off on his final hot lap.

“I really felt I had the speed today and I felt really good in the car all day. In the first run, I felt there were still two-tenths or three-tenths I could improve, so I should have done a better job in the first one.

“On the second one I had quite a lot of traffic on the out lap, I had to go off the line in a few places and then the tyres weren’t working at the start of the second lap.

“The issue for me was the traffic on the out lap. There were a couple of cars that I was stuck behind and I had to pass off line, and you get quite a bit of dust on the tyres.

"If you cannot get temperature into the tyres on this track that’s really critical. Already at Turn 1, I felt the tyres weren’t there and I was going slower and slower on the following corners, until I had a big snap coming out of Turn 8.

"That was it. I saw on the big screens, passing the Swimming Pool, Lewis had managed to improve his time, so I knew that was game over.”

With Monaco being a difficult track for overtaking, Bottas says that his best chance of beating Hamilton will be to beat him off the line when the lights go out at the start of the Grand Prix.

“Here it’s a super-short distance from the start to the first corner so normally there’s not many position changes. But obviously as a team we want to be one-two again and we’ll be waiting for any opportunities that come up.”