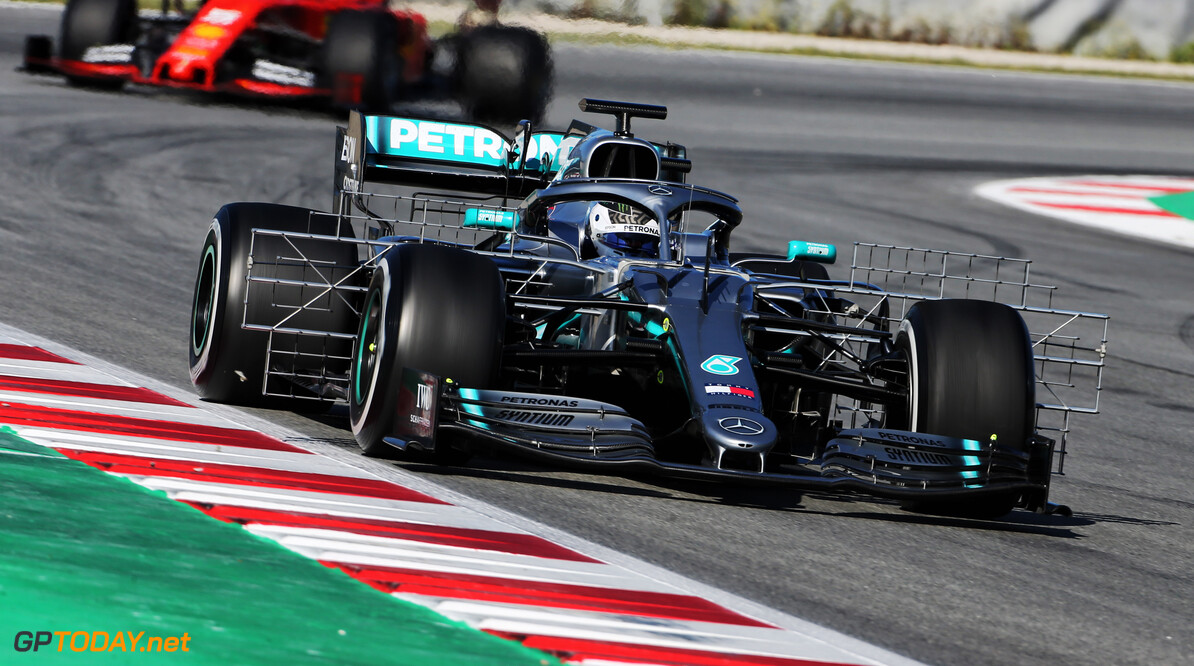 The morning session of the first test day at the Circuit de Barcelona-Catalunya had a familiar name at the top of the list of times. Valtteri Bottas, on behalf of Mercedes, scored a 1:16.525, making him almost eight tenths of a second faster than Charles Leclerc in Ferrari.

The lights at the end of the pit lane turned green at 9.00 am and it wasn't until the flag for the lunch break that things changed. Not a single car came to a standstill and the drivers didn't make any big mistakes, so the red flag didn't have to be waved at all.

At the top of the intermediate classification there are no surprises. Bottas put the Mercedes in the familiar first position, while Leclerc and Ferrari had to settle for P2. Carlos Sainz set the third time for McLaren, but gave 1.7 seconds to Bottas with a 1:18.263. The Spaniard was slightly faster than Pierre Gasly, who couldn't get past fourth position in the Red Bull car.

There will be twelve cars to admire on the asphalt during the test session, as Ferrari and Racing Point will both use a car for a Pirelli tyre test. Sebastian Vettel was the fastest of the duo in the SF90: he went fifth on prototypes of the compounds for 2020, while Sergio Perez and Racing Point had to settle for eighth position.