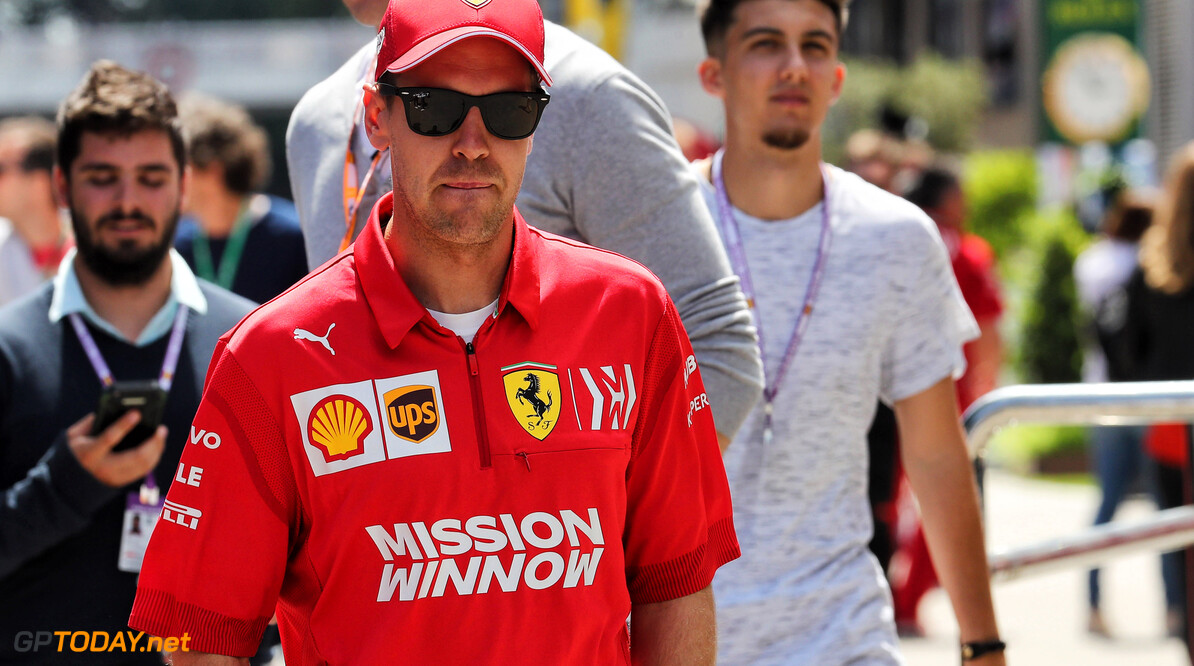 Vettel: Ferrari not missing much compared to Mercedes

Sebastian Vettel says that Ferrari is not massively behind Mercedes after the opening four races of the season, despite the large gap in the championship.

Mercedes has taken four consecutive one-two finishes in 2019, and currently boasts a 74 point gap in the constructors' championship over their Italian rivals.

MORE: Vettel: I don't need a legacy | Leclerc: Ferrari and Mercedes have always been close in 2019

Ferrari came close to winning in Bahrain, before an engine fault dropped Charles Leclerc back to P3, behind both Silver Arrows.

However, Vettel denies that Mercedes has streaked ahead early on in 2019 due to luck, but doesn't think it will take much for Ferrari to get back on track.

"The races went that way for a reason, not just because they got lucky," the four-time world champion said. "They worked really hard and did a better job, they had a stronger package.

"It's a combination of a lot of things, but I don't think we're missing much. We're fighting and looking very hard for that extra tenth, or extra performance here and there to start turning it around."

'More pace' to unlock from Ferrari

Ferrari, like most teams, has brought an upgraded package to Barcelona as it looks to turn its season around.

The Maranello squad also has an updated engine that has been brought to Spain ahead of schedule, as it was originally set to be introduced in Canada next month.

Vettel, who has previously compared the SF90 to a Rubik's Cube, says there is a lot more pace to unlock from the car.

"We have potential with this package, with this car. I believe [we have] more than what we showed, obviously, we think we can improve and the updates should help us. Let's see where they put us."