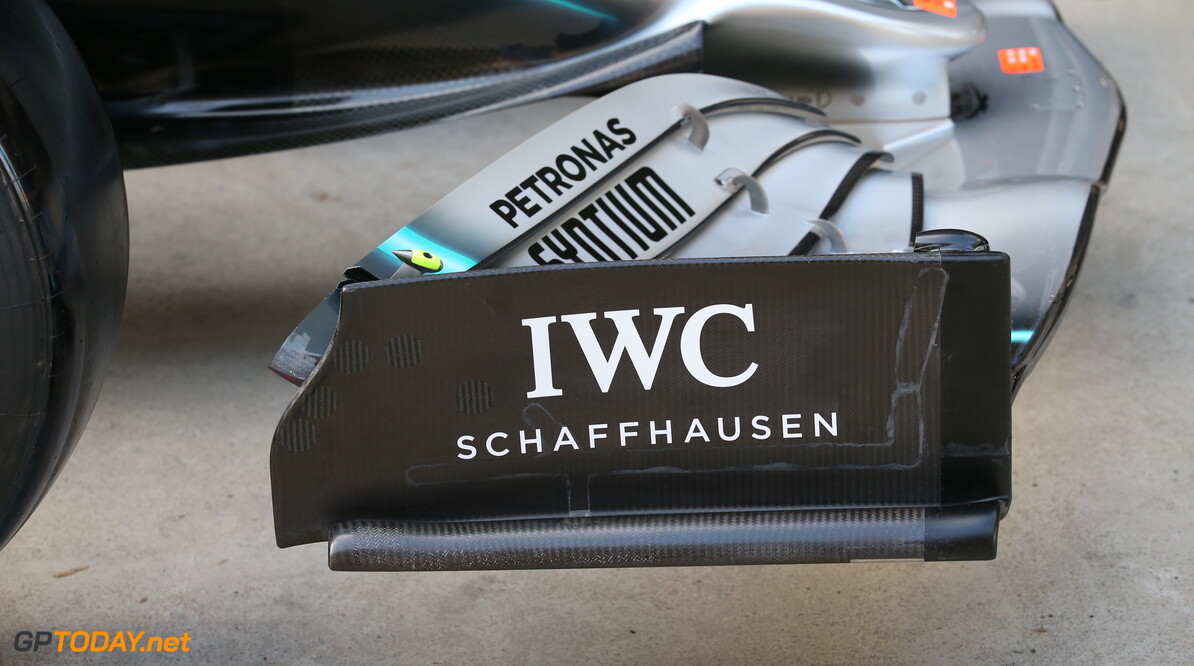 Mercedes was instructed by the FIA to modify its front wing after it was deemed illegal on Thursday during a technical directive.

The FIA discovered a problem with a reworked, shorter endplate that it introduced for the Chinese Grand Prix weekend. The endplate opened up visibility to the uppermost element in an attempt to increase the amount of outwash created.

The aforementioned Article 3.3.5 relates to the new front wing measurements introduced in 2019, as part of a new set of aerodynamic regulations that target reducing the overall downforce produced.

An expansion on Article 3.3.5 states that the endplate must "fully enclose a minimum of 95% of the virtual endplate surface", which does allow a little room for minute cut-outs.

Mercedes responded to the FIA's request of modifying the wing, and shaved off the corner of the uppermost trailing edge in an effort to display that none of the profile remains exposed.