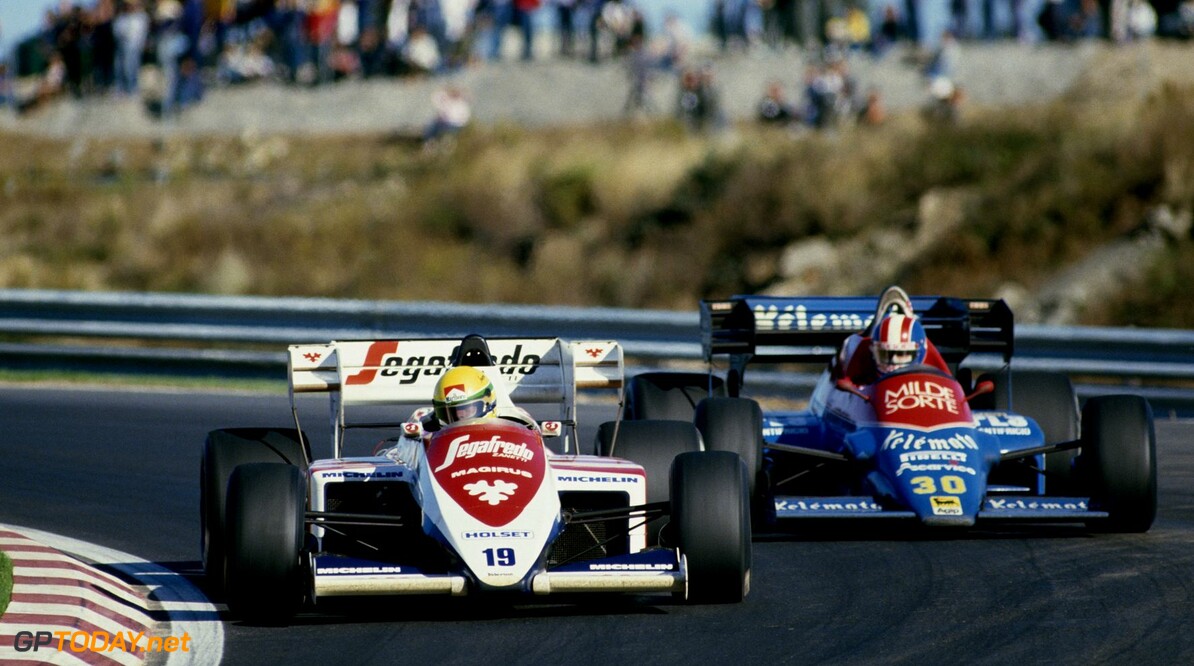 During the 1984 season, Ayrton drove his debut year with two different Toleman cars. The TG183 had shown potential in 1983 by finishing its last four Grands Prix in the points. Derek Warwick scored the best result fColemanman with a fourth place at Zandvoort. Warwick repeated this trick at the Grand Prix of South Africa on Kyalami.

At the start of the 1984 season Toleman used this TG183. The 1984 car was a further development and was therefore called the TG183B. This car was designed by the South African Rory Byrne.

The car first made its debut in 1982 and was driven by Derek Warwick. The highlight of this car was the double rear wing that was used. This double rear wing was only introduced on the car in 1983, the TG183 which drove the last two races of the 1982 season with a 'normal' rear wing.

The TG183B eventually accumulated 12 points. Ayrton finished sixth in the 1984 South African and Belgian Grand Prix. In total only three specs of the Toleman TG183B were built. The chassis TG183-02 was used by Derek Warwick in 1983. The same chassis was used by Ayrton Senna during the first four races of the 1984 season.

Technical data of the TG183: