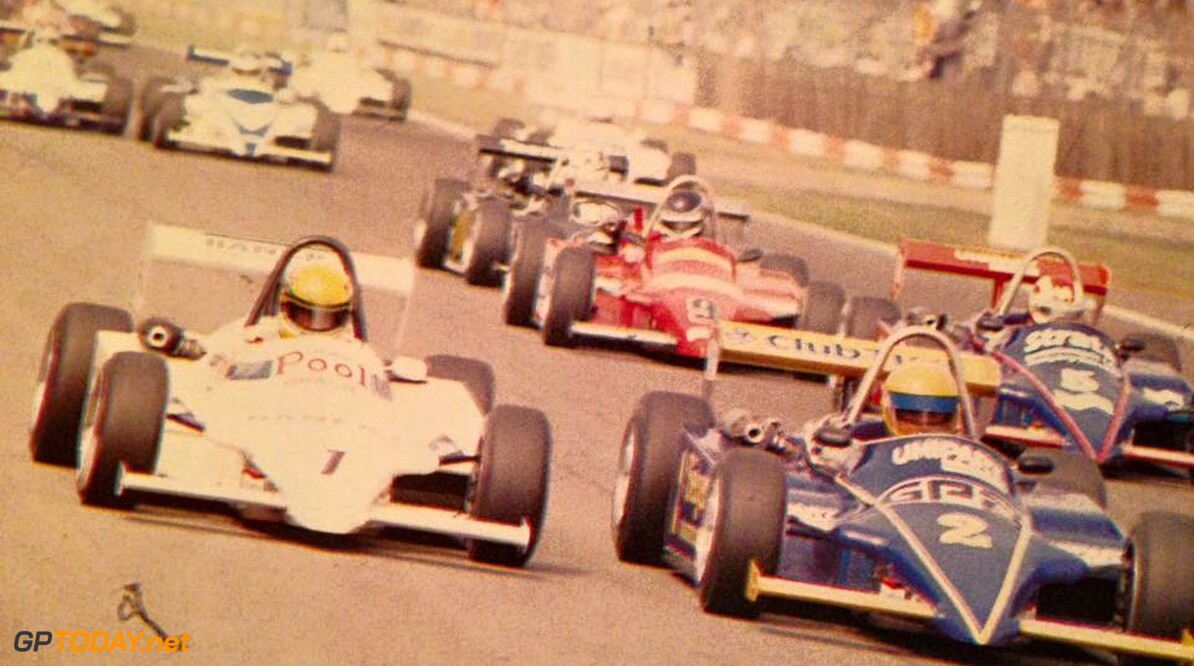 The championship, now nine races old, had its sequel at the Silverstone circuit. As already described in the previous episode, Ayrton didn't seem to have a problem at that time. Ralt van West Surrey Racing with Ayrton was a  beautiful winning combination. Nevertheless, towards the second part of the season, there were signs of fatigue in the Brazilian.

The return flights to his hometown Sao Paulo could have had something to do with that. Suddenly, Ayrton was no longer busy with racing, but had to take care of his commercial side. Ayrton had to sell his own brand (Ayrton Senna) to sponsors. It became clear that winning a championship was not only about talent. The mental condition was just as important.

The turning point in the championship

Senna and West Surrey Racing eventually chose the Yokohama tyres, with Bennetts later said the following: "Nothing is easy in motor racing. We (Ayrton and I) had a great first part of the championship. We won nine out of the first nine races. I started wondering when we would have the first setback. You can't win every race. We had a huge lead, so we chose the European race."

During that race, Senna came into contact with Johnny Dumfries. In a wheel-to-wheel battle, the Brazilian Dumfries left the track.

"I was sitting next to him on Hangar Straight and you could see that he was hunting for Martin Brundle," said Davy Jones. "Brundle had a better start and drove for us. On that straight he came riding next to me and pressed me on the grass. That was quite interesting because I knew he had never really been under pressure."

On the sixth lap the pressure became too much for the Brazilian and Ayrton spun at Club-corner. He continued on his way in ninth, passing John Nielsen and Kris Nissen but finally crashed in Woodcote.

"That was due to a flat tire," Bennetts explained. Brundle saw it differently: "At that moment I had the idea and feeling that I could pass Ayrton. I showed there that I was faster. I knew I was faster than Ayrton at that moment and Ayrton knew that too."

Brundle scored a victory for the European Championship. The Briton had started on Yokohama tyres and did not score any points for the British title. In fact, the gap between Brundle and Senna remained the same. Mentally Brundle had an advantage, he showed at Silverstone that he, under similar circumstances, could beat Senna.

Over-estimation and pressure that increased

At the next race in Cadwell Park, Ayrton found himself for the first time in his career in a situation where overconfidence would halt him. During the first qualifying session on Sunday morning, he was halfway through the session with the fastest time. Ayrton was followed closely followed by Brundle.

Yet this 'provisional pole' was not enough for the Brazilian. Bennetts said: "The qualifying session at Cadwell Park started at 09.00 in the morning. After 25 minutes he came in and said: 'The car is good, I only have some understeer. Where am I right now?' I told him he was in pole position.

"He felt he could go even faster if he didn't have understeer anymore. I gave him half a degree more on the front wing. I sent him onto the track and he was three to four tenths faster than his own time halfway through."

But he didn't finish the lap. He crashed. At that moment, Ayrton was halfway through his fast lap, he was faster than Mansilla's track record. He arrived at the fast right turn towards the hill, lost the back of the car, stayed on the throttle and eventually wrote off the Ralt R3 completely.

He crashed against the concrete marshall-post. Ayrton was in shock and came out of the car with some bruises. Mario Hytten, one of the participants in the Formula 3 championship, said: "He was very lucky at Cadwell Park. I saw the accident and it could have ended much more seriously."

Bennetts said afterwards that it was impossible to get the car ready for the race, and Ayrton did not start. Brundle won the race and reduced the gap with his direct competitor.

Racing against the British system

At Snetterton, during the twelfth round of the championship, Ayrton did not qualify on the front row of the grid for the first time, as Brundle was the fastest.

"I don't know what is going on with the car," Ayrton said. "We've changed a lot of things, but we can't improve the car."

In his hunt for Brundle, a wheel-to-wheel battle with the Brit began. On the second last lap, Ayrton tried to pass Martin Brundle's car. "At that time I had the idea that I could defend from him," Brundle explained at a later stage. "I saw him coming in the mirror and gave him a little space on the other side of the racing line.

"He parked his car next to it on the outside and went over the grass with two wheels. I didn't keep my foot on the pedal and eventually he drove against my rear."

He spun and crashed backwards into the wall. It turned out to be a racing incident, according to the stewards. However, the Briton and Brazilian had to report to the officials after the race (which Ayrton did not finish and Brundle won). Senna got a warning for reckless driving. Brundle, who drove a home race at Snetterton, was not guilty of any wrongdoing and was finally acquitted in this case.

For Senna the situation was different. For the first time since he had his races in Great Britain, he felt aggrieved. He said the following after the race: "After the race, I thought this was a racing incident. Somehow the stewards decided it wasn't. I was very disappointed because they didn't treat me well. I felt again that I was in England to ride against the British system.

"I also talked about it with Dick (Bennetts). We have to be careful. We can't afford to race close with him (Brundle). In the end, every decision will be to our disadvantage. They will disqualify us and take away the points! I have the feeling that everything is changing. If we are not careful, they (the British) will do everything in their power to take away the championship."

Especially this last quote is one that is typical for the Brazilian way of thinking. How often in the course of his career would we hear these statements? Why was Ayrton always on this defensive tour? In 1984 during the Monaco Grand Prix, where he came second, he also thought he was wronged. We will come back to this later in the series.

We also saw it in 1989 with Jean-Marie Balestre. What was Ayrton's motive to continuously shoot in this defence? Was it the will to win? Or did he want to make a statement? We try to answer the questions in the remainder of this series.