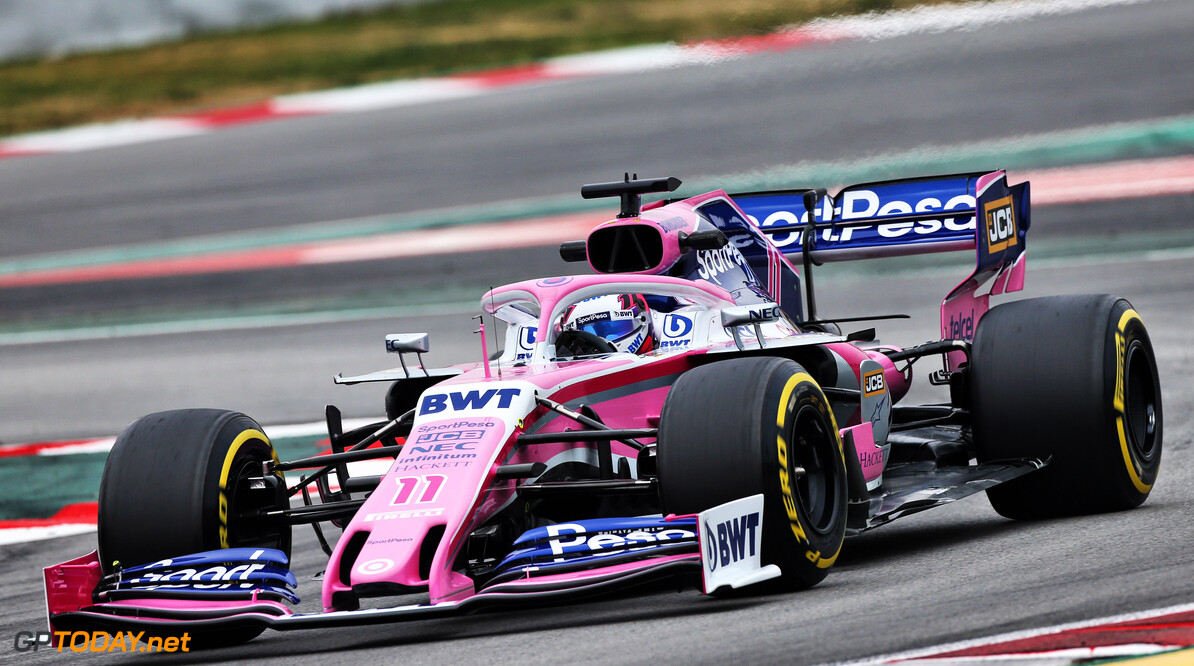 Perez: Racing Point's low mileage due to lack of parts

Sergio Perez says that Racing Point's lack of running at Barcelona is to be expected due to the shortage of parts that it has.

The team is expecting to implement a major car upgrade ahead of the season-opening Australian Grand Prix. Excepting Williams, who only started testing on Wednesday afternoon, Racing Point has the least amount of mileage compared to any other team.

But Perez says that there are no major issues within the camp, indicating that the lack of running is down to not wanting to take any risks when it comes to new parts.

"Because we’re having massive package upgrade for Melbourne, but we are very limited on parts as in the past,” Perez said. “Right now you’re going to see low mileage from us, simply because we’re short on parts, we don’t want to risk it too much.

“The most important for us is to understand what’s going on with the balance, how we can make it better, how I can be more comfortable. I think on that regard we did good progress.”

Perez admits that he would prefer to have as much mileage under his belt as possible, but is willing to wait until Melbourne where it has a big upgrade planned: “Obviously I would like more mileage, more running,” he said. “But so far it was all we’ve got.

“We knew coming here it’s going to be difficult with mileage with the package we have at the moment. We’re just working flat out to try to dial in the set up with what we’re doing. Hopefully we can get a lot better.”

Perez's fastest lap time at testing so far is a 1:19.944, which he set on the opening day of running.