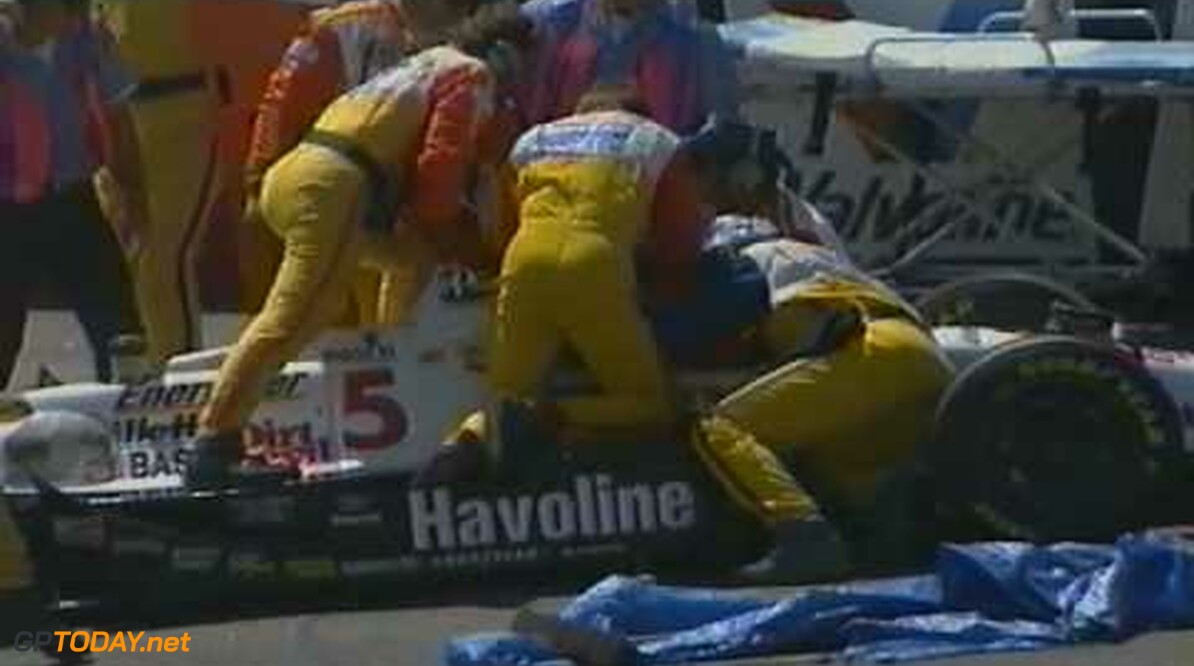 When questioning whether the crashes of Nigel Mansell during the early stages of his career were life-threatening, we must say that that is probably not the case. But they have been decisive for Mansell as several crashes caused him troubles. Yet, this lion is on our list, just because it is Nigel. Even after his Formula 1 career, Mansell continued to have big crashes. We have therefore decided to note all of these incidents, because if anyone in the history of Formula 1 has received a second, third, fourth, fifth and perhaps tenth chance, it is Nigel.

Much like Niki Lauda, Mansell's parents were absolutely not in favour of the idea that he would enter motorsport. After karts, he decided to race in the BRSCC Formula Ford championship in 1976, winning six of the nine races. In 1977 he was again the Formula Ford champion in England. During this season, Mansell also had to deal with his first real big incident. The Englishman won no less than 33 races during his second Formula Ford season. A star was born. Much is not actually known about this first crash in 1977. It is clear, however, that it took place during the practice sessions at the Brands Hatch circuit. According to local newspapers, he suffered a 'severe neck injury'. Years later Mansell explained in his video, 'The Nigel Mansell Story', that this first crash was decisive. He broke his neck during that accident and was pretty close to a possible paralysis. The doctors thought it necessary at that time to warn Mansell against racing, but the Briton did not listen. He fired himself from the hospital and picked up the race-gloves again.

Formula 3 and his crash with Andrea de Cesaris

Mansell was able to race in Formula 3 in 1978, 1979 and 1980. His sponsor Unipart, who later also sponsored his sons Greg and Leo, would guarantee a considerable investment. Mansell had already sold his personal belongings in order to finance racing. After a disastrous year in 1978, in which his Toyota engine hampered him several times, he decided in 1979 to switch to David Pryce Racing. After a win at Silverstone, Mansell came in contact with the Italian Andrea de Cesaris. Both drivers were wild boys at the time (de Cesaris never lost that wildness). Mansell was very consistent during that year. But it turned into a season that suddenly came to an end due to an accident with de Cesaris. At Oulton Park, Nigel came into contact with his competitor and broke his back. He was transferred to the hospital and there he was told that it was a miracle that he had survived. Happiness found him after the accident, because Nigel was called in the hospital by Colin Chapman. The English legend offered Nigel a test in the Lotus 79 at Paul Ricard. Stiff of the painkillers, Mansell decided to take the chance. He drove into the spotlight and became a test driver for Lotus in 1980.

Formula 1 debut at Lotus and transfer to Williams

Chapman saw it all in Mansell. He made Mansell financially independent in the 1980s by giving him an excellent contract. After the death of Chapman in 1982, Peter Warr became manager of Lotus. Mansell and Warr were born enemies. Warr wanted nothing to do with Mansell and took every opportunity to get rid of him. This did not happen, fortunately for Mansell, since John Player Special had a contract that would at least one British driver in the car for the team at all times. The other respected British driver in the field, Derek Warwick, had a contract with Renault. Warr was forced to keep Mansell. In 1984, just before the Dutch Grand Prix at Zandvoort, Mansell announced that he would switch to Williams.

In 1986 and 1987 Mansell had the chance to win the championship. Mansell fought a hard battle against Alain Prost and Nelson Piquet. During the Australian Grand Prix of 1986, Mansell's tyre collapsed on the Brabham-Straight. He therefore lost the title that he once had one hand on. For 1987, the situation was somewhat more difficult. Mansell had to make up twelve points on Nelson Piquet with two Grands Prix remaining. During the first qualification at the Grand Prix of Japan in 1987, Mansell lost the car in the Esses. The Englishman went just outside the track limits and spun backwards into the tyre wall. Due to the impact, the car was lifted and it hit the asphalt with a hard blow. Mansell was again seriously injured and had to sit out the Japanese and Australian Grand Prix. Piquet then threw some more oil on the fire by stating that: "Intelligence has won over stupidity, I won the world title because I was more consistent than my teammate, I only took structural points while he (Mansell) always came into trouble". Mansell received a new teammate for 1988, Italian Ricardo Patrese.

World title and transfer to IndyCar

Mansell waited a long time to get a world title. It was not until 1992 that he won the championship, partly due to the dominance of the Williams-Renault. But it did not go without struggle. During qualifying for the Brazilian Grand Prix, the Brit ended up in the hospital again, this time due to an incident with Ayrton Senna. After an hour of observation in the hospital, Mansell left and started on Sunday and won the race. Mansell would leave Formula 1 after 1992 and focus on the PPG IndyCar Championship. He signed for two seasons with Newman-Haas where he replaced Michael Andretti. During the first race at Surfers Paradise, Mansell won. But on the return to the United States, things went wrong.

The Englishman drove his first weekend on an oval at Phoenix, Avondale, where he became acquainted with the concrete wall. Due to the impact, an enormous hole appeared on the back of the wall. Mansell was taken out of the car and the way the American doctors did this showed that his situation was serious. He was transported to the hospital in Phoenix where it was found that he had a severe concussion, a bruised shoulder and a serious injury to his back. Mansell wanted to leave the hospital the next day, but the doctors wouldn't budge. He was at the start of the next race in Long Beach where finished third, despite being on heavy medication. Mansell was cleared to drive, passed his rookie test and also finished third at Indianapolis. In 1994 Mansell was again involved in a serious accident. During the Indy 500 he came into contact with Dennis Vitolo. Vitolo's car ended up on top of Mansell's car. Methanol that ran out of the tank sprayed over Mansell. The Englishman rolled over the grass on the back straight to extinguish the fire. Mansell had a number of minor burns after this situation. After his unsuccessful second season in the IndyCars, (Penske was supreme that year) he made his comeback to Formula 1.

As IndyCar champion, Mansell decided to race the TOCA Shootout, an all-star event for the British Touring Car Championship. Mansell was driving in a blue Ford Mondeo with his classic start number 'Red Five'. The IndyCar champion produced a sold-out house at Donington Park. In the last phase of the race, Mansell had a bit too much oversteer at the end of the Old-Hairpin. His car spun across the road, Mansell tried to get the car under control but did not manage to. Tiff Needell hit the Ford and Mansell hit the wall with a speed of 160 km/h, a crash that left him unconscious. Rescue workers were quick on the spot to rescue the driver from the wreck. The car had to be cut open and the Englishman was transported by helicopter to the hospital in London. There, he was sent home 24 hours later with a concussion and a sprained ankle. Again Mansell was lucky, especially given the fact that a few years later Keith O'dor lost his life at Avus in Germany in a similar incident. Several times, Mansell has walked away from serious crashes. These crashes could in theory all have been 'career-ending'. It is therefore also so special that this man has always kept his passion and love for motorsport. Nothing or no one could stop Nigel from getting back into the car. 'The lion' still roars and is an icon for motorsport. As written, Mansell used his second chance, but certainly also his third, fourth and fifth!