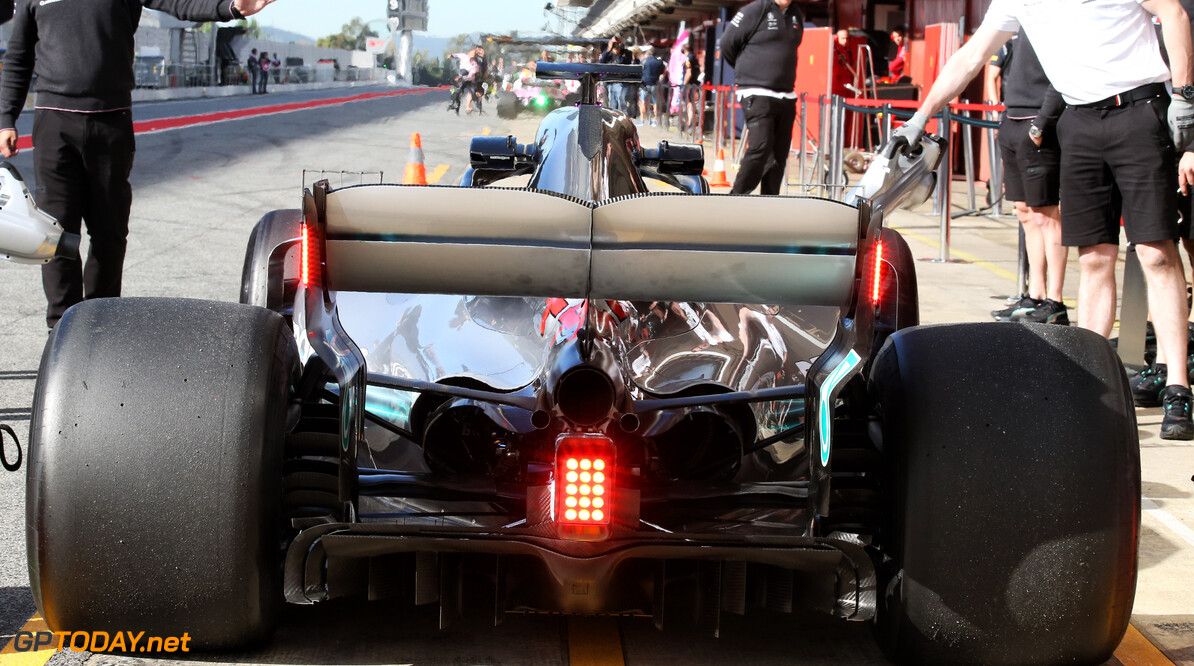 Formula 1 will use rear wing endplate rain lights in 2019 as an added safety feature. The lights will enhance visibility to drivers behind during rain-affected sessions. The lights were first featured in Barcelona earlier this year by Mercedes during an in-season test.

The Wolrd Motorsport Council met on Friday to solidify the 2019 regulations with the new calendar also confirmed, which will once again feature 21 races. The new rear wing lights will be an addition to the existing rain light that is placed above the diffuser.

There were also a number of other changes confirmed in the meeting in Paris, including tweaks to the mirror regulations and rear wing height changes for rear view visibility and safety.

The onboard cameras will also be changed up in order to improve the spectacle for fans watching at home, combating the onboard cameras that are somewhat obstructed by the halo cockpit protection device that was introduced in 2018.

Changes have also been made to the safety car procedure to ensure that there is a consistent point on tracks where cars may overtake. Minor modifications to the halo fairing will be brought in for safety reasons during a potential situation where the driver needs to be hastily extracted.

The official end to the race will be made by a chequered light panel in addition to the physical flag being waved. This comes after a recent blunder at Canada where model Winnie Harlow was given false instructions, causing her to prematurely wave the flag.

Formula 1 teams will now also be responsible for initial scrutineering of their cars and must declare conformity with all safety related matters before the cars take to the track.