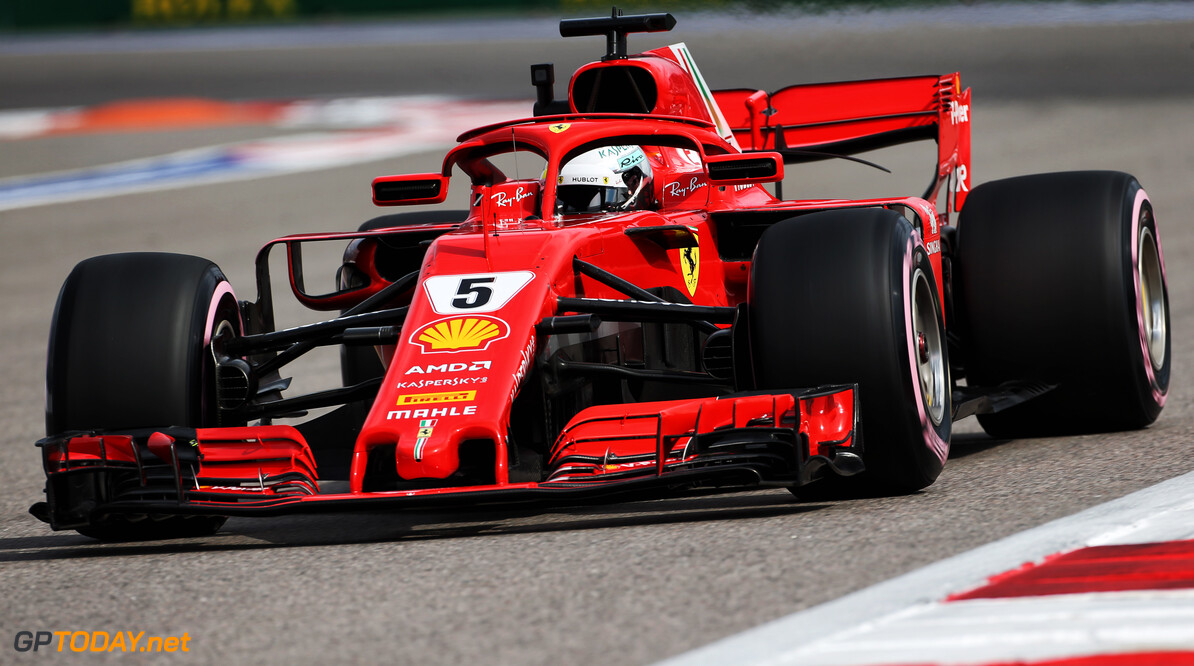 Ferrari will run a brand new livery for the rest of the season, starting this weekend at the Japanese Grand Prix. The changes come after the launch of a new initiative from title sponsor Philip Morris International, according to Autosport.

The tobacco company has had a low presence on the Ferrari car this year, despite its long-term association with the Italian squad. It is not exactly known just how different the changes will be, however it is believed there will be an abundance of new stickers on the car.

It is understood that the new livery won't contain any Philip Morris's brands or products as tobacco advertising in Formula 1 is banned. The new colours will be a new push to update its business activities - particularly in the areas of science, technology and innovation.

Teaser images ahead of the Japanese Grand Prix suggest that new colours and stickers will be present across many key areas of the car, including the engine cover, bargeboards and rear wing.

Sebastian Vettel says that Mercedes has exaggerated the gap difference between it and Ferrari following the Silver Arrows' dominance in Russia last weekend.

The German squad locked out the front row and went on to take a one-two finish. The two manufacturer giants have been closely matched this year, with each weekend presenting itself as unpredictable over who will come out on top.

“I think it’s always been very close,” said Vettel in Sochi. “I think the other side have been very good at communicating that they have an inferior car but I don’t think that was the case. We will see. We have a strong car, we know that, a car that we can work with.”

Asked if he was surprised by Mercedes’ performance in Russia, Vettel said: “Yes and no. Obviously it’s not nice to have a gap like that. But then I think I’ve been way more realistic about the gaps in general and the performance between the cars. I know we have a great car, I’m not doubting that. But I believe their car is very strong too and has been very strong.