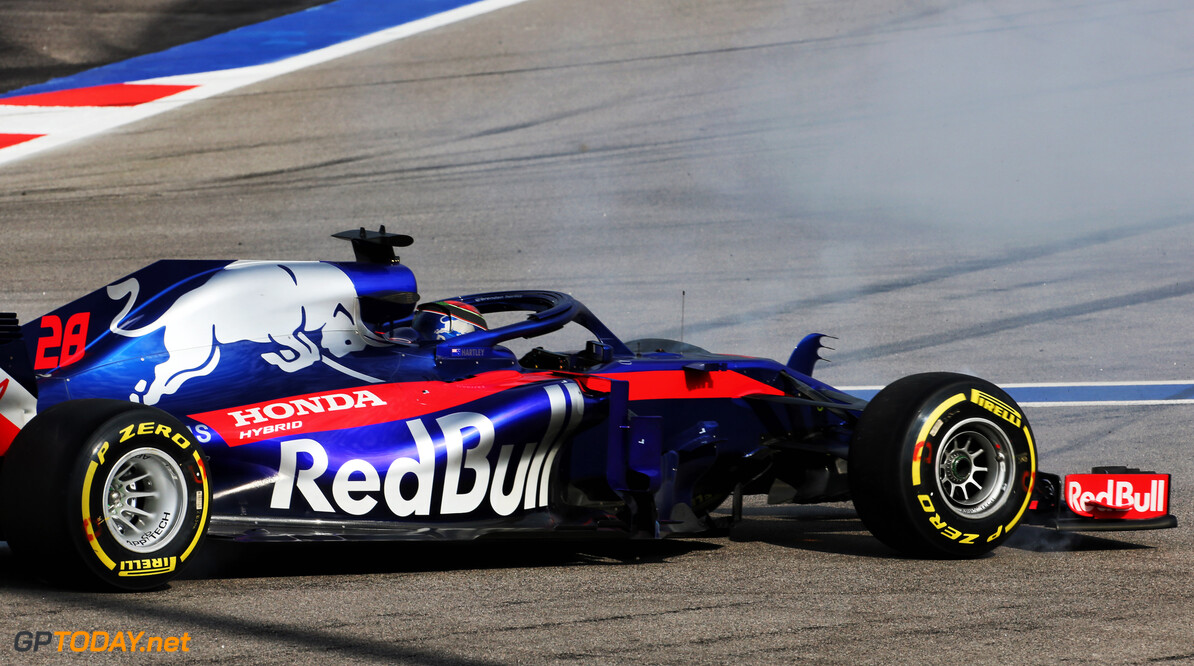 Toro Rosso suffered a brake failure on both cars at the start of the Russian Grand Prix, causing Pierre Gasy and Brendon Hartley to end their races prematurely. The duo started the race from the back of the grid after taking on new engine parts for the weekend.

But they didn't get far into the race as two separate replays showed the cars spinning off at high speeds, luckily managing to avoid the barriers. Gasly said that his brake pedal was feeling strange a couple of laps before his incident.

"From the start it felt like the brake pedal was quite strange and I had a strange feeling with it. A really long pedal. It got worse in the first two laps and then the pedal went completely flat and I lost the front brakes. We had to retire.”

Honda will be running its upgraded engine next weekend at its home race in Japan, and Toro Rosso will be hoping to avoid the same issue and get a strong result: “In the end that was unexpected and now we have to make sure we don’t have the same issue next weekend,” Gasly added.

Gasly said that he spoke to teammate Hartley after the incident, and confirmed that a similar issue out a halt to the Kiwi's race: “Apparently,” he said when asked if it was the same problem. “I spoke with him and it seemed to be something similar.”

Gasly hit by debris on lap 1

Gasly also revealed that a piece of debris hit his visor on the opening lap of the race. The Frenchman said the piece came from Daniel Ricciardo's Red Bull and flew at him at high speed, admitting he feared it would pierce his visor.

"I think Daniel lost a piece of carbon, which went straight into my visor, so this was really, really scary," he said. "I thought it was going through and straight into my eye, and finally it touched the visor and then came into the cockpit.

"In Turn 4 I had to take the carbon piece and throw it from the cockpit. At the time I had like five-tenths of a second to see it flying and just hitting the visor - maybe a winglet that came from somewhere, I think contact with Daniel.

"But it came my way, pointing towards me and straight in my right eye.  When I saw it coming first I was like, it's going through the visor. Finally, the visor is really strong, it hit it and fell into the cockpit."