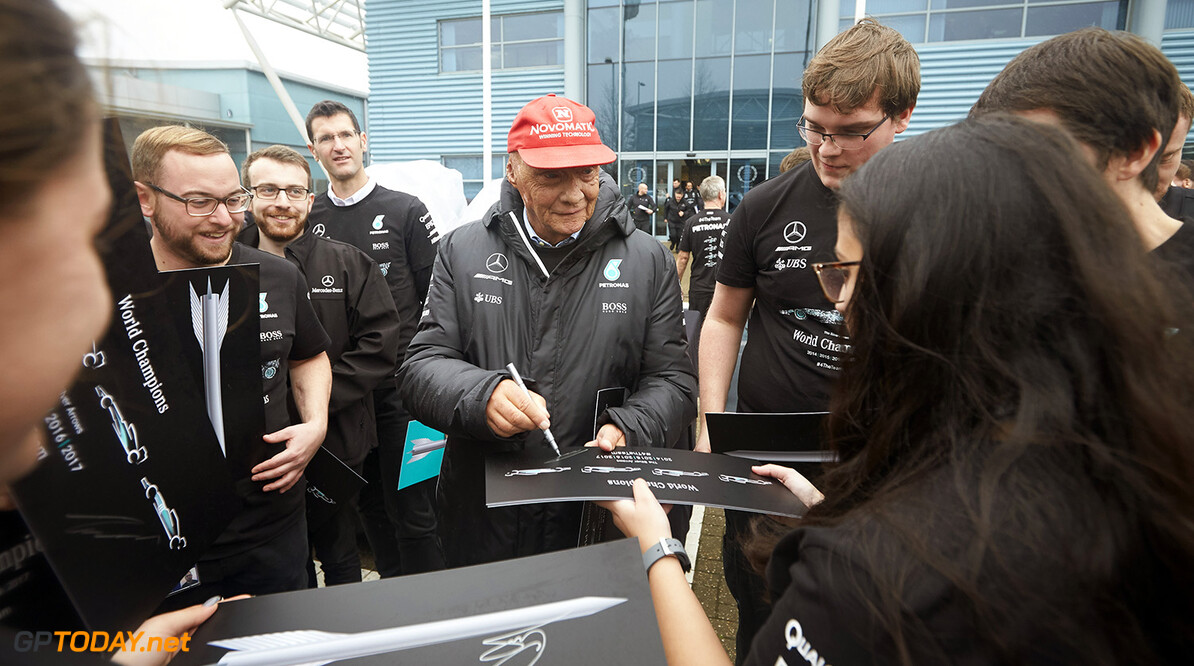 Niki Lauda has joined Ferrari and Mercedes in not promising to stay in F1 beyond 2020. The F1 legend is the team chairman at Mercedes, but he has now quit his 21-year role as the expert pundit for German television RTL.

He said that will help him focus better on Mercedes. "I'm already at every race, but now I have no secondary tasks and I can be there 100 per cent for Mercedes," Lauda told Bild am Sonntag.

Nonetheless, he said he has only committed to Mercedes until the end of 2020, which is when the sport's current Concorde Agreements also run out. Asked if he can imagine quitting F1, Lauda answered: "Yes, logically. My Mercedes contract goes until 2020, which I will fulfil. Then I'll have a look. Talking about it now is much too early."

However, Lauda said spending more time with his family, including a wife and two young children, will not be a major consideration. "They see me as often as ever," he insisted. "There are only 21 weekends of the year that I'm away and the rest I spend at home like a normal family man. My family has no problem with that," said Lauda. (GMM)