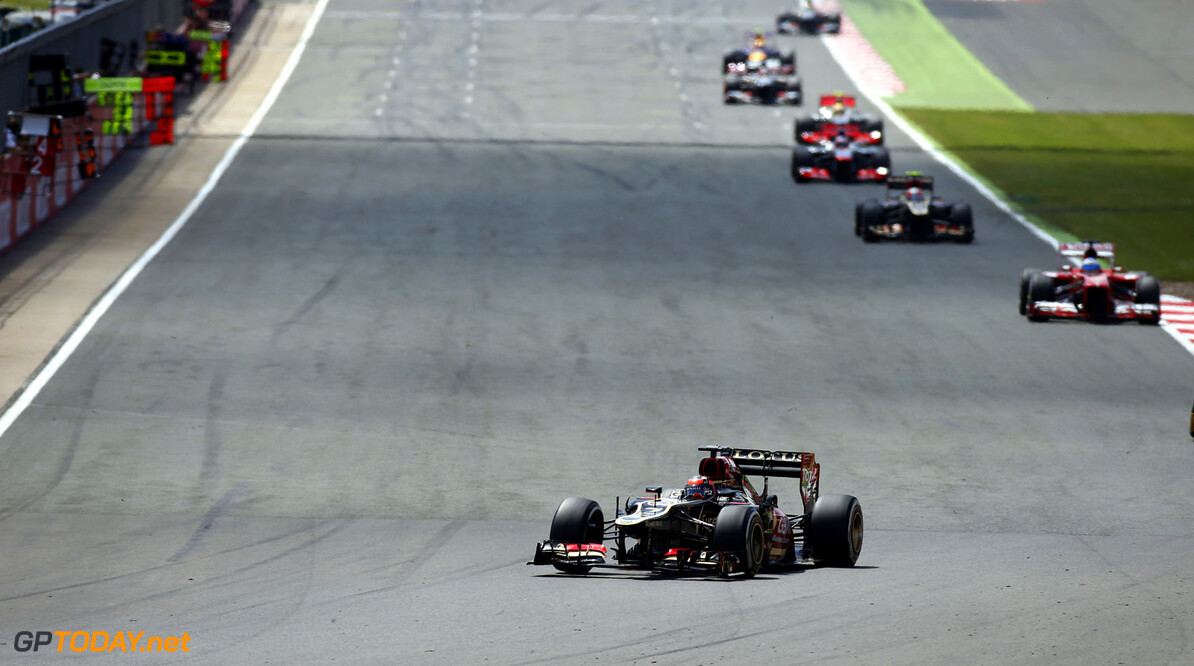 F1Today's latest look back at races of the past brings us to an event without which - quite simply - we would not have a championship to write about on the site! This is, of course, the inaugural Formula One Grand Prix at Silverstone, held on 13 May 1950.

The very first race of the FIA's new Formula One category marked the third time Silverstone had played host to motor racing since the end of World War II, and for 1950 it had been designated as the Grand Prix of Europe, with 22 of the world's best drivers scheduled to participate. Ferrari would delay its F1 debut until the next round at Monaco, but the teams in attendance included fellow Italian giants Alfa Romeo and Maserati, as well as Talbot, Alta and ERA. Royalty was also present at the race, as King George VI and Queen Elizabeth both oversaw proceedings alongside the public.

Qualifying saw eventual 1950 World Champion Giuseppe Farina take pole in his Alfa, with team-mates Luigi Fagioli, Juan Manuel Fangio and Reg Parnell occupying the next three spaces. Thai driver Prince Bira was fifth in a Maserati, whilst the first Talbot of Frenchman Yves Giraud-Cabantous rounded out the top six. The only entrant who would not line up on the grid was Italian Felice Bonetto, who did not set a qualifying time in his privateer Maserati.

70 laps of Silverstone awaited the field, and it was Farina who kept his lead as the race began, followed by Fagioli and Fangio in an Alfa 1-2-3. As the Italian team led for lap after lap, the trio continually switched places to entertain the crowd; a victory for Alfa soon seemed a foregone conclusion, regardless of which of its drivers finished on top. The only chink in its armour came with Fangio's retirement eight laps from the finish, but even then it was still assured of a clean sweep on the podium as Parnell inherited third.

The closest outside challenge came from Giraud-Cabantous in fourth, but he was still two laps adrift and therefore had little choice but to focus on defending his position from behind. The fifth place originally occupied by Bira was later taken by the second Talbot of Louis Rosier after his retirement, and this meant that he also took the final points on offer as only the top five were rewarded for their performances at this point.

While Italian and French machinery dominated the event, the British entries were somewhat less successful on home soil. Of ERA's four cars, two made it to the finish, with Bob Gerard and Cuth Harrison finishing sixth and seventh - but the other two had a much shorter afternoon. Leslie Johnson was the first man out with a compressor issue on lap 3, whilst the shared car of Peter Walker and Tony Rolt only managed five laps before its gearbox gave up the ghost.

Neither Alta finished either, as Irishman Joe Kelly was unclassified and Geoffrey Crossley suffered a transmission failure, but despite their lack of good fortune the Brits had witnessed a truly historic race which gave rise to a long, thrilling and healthy life for Formula One, which this weekend will captivate the crowds at its birthplace just as it did as a fresh new sport, 67 years ago.