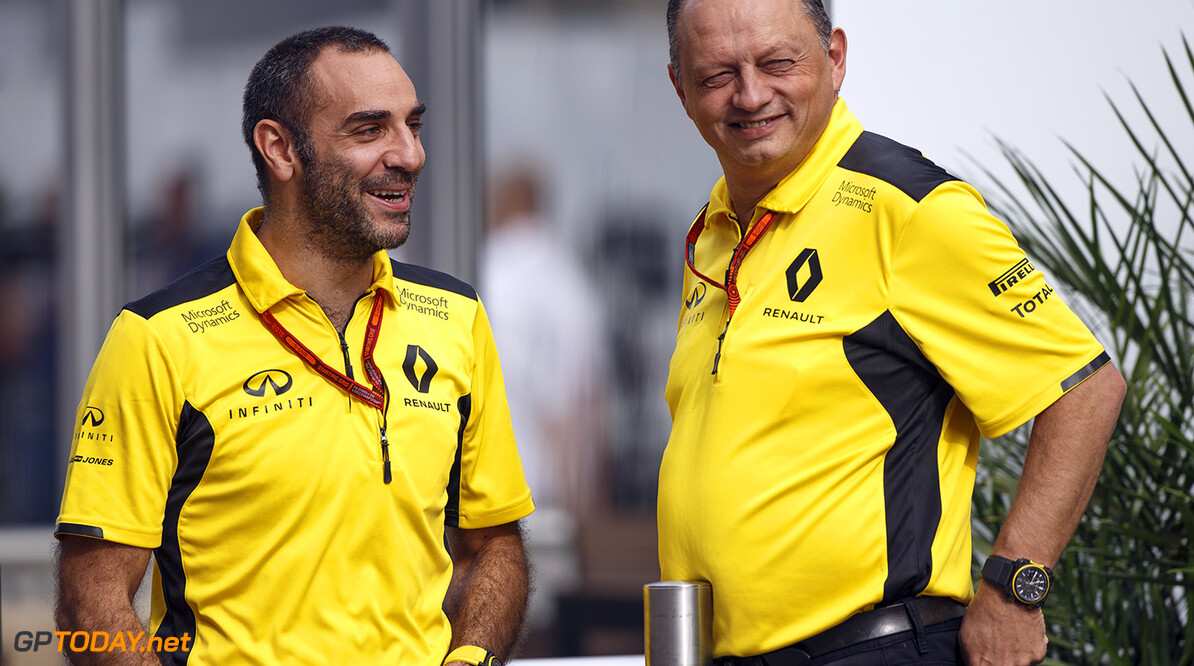 Former Renault boss Frederic Vasseur says the French works team is performing well in 2017. On paper, the black and yellow-coloured team appears to be struggling in its second year since the Lotus takeover, scoring just 2 points in three races.

But Vasseur told France's L'Equipe: "I do not share your judgement. In pure performance, they are there, and Nico (Hulkenberg) is the perfect driver for a renaissance team." Indeed, it was Vasseur who selected German Hulkenberg for 2017 and beyond, even if he himself decided to leave Renault amid political problems.

Asked if it's frustrating to now be left with only his Formula 2 team ART to look after, he insisted: "Not at all. There is zero frustration. Ok, I worked damn hard last year, as the whole team did, to build something good, and I will not be there when the results come. But I'm a big boy and I made my decision on my own," said Vasseur.

He also said he is not too sad to have said farewell for now to F1, even with its much faster cars for 2017. "No, what I like is competition, not the car, and the public wants a fight, not a performance," said Vasseur.

But he did admit that the Mercedes versus Ferrari battle looks set to be exciting this year. "On that I agree," said the Frenchman. "It's nice to turn on the TV on a Sunday without knowing the winner in advance, and it was a long time since we've had two teams, with two world champions, fighting for victories." (GMM)