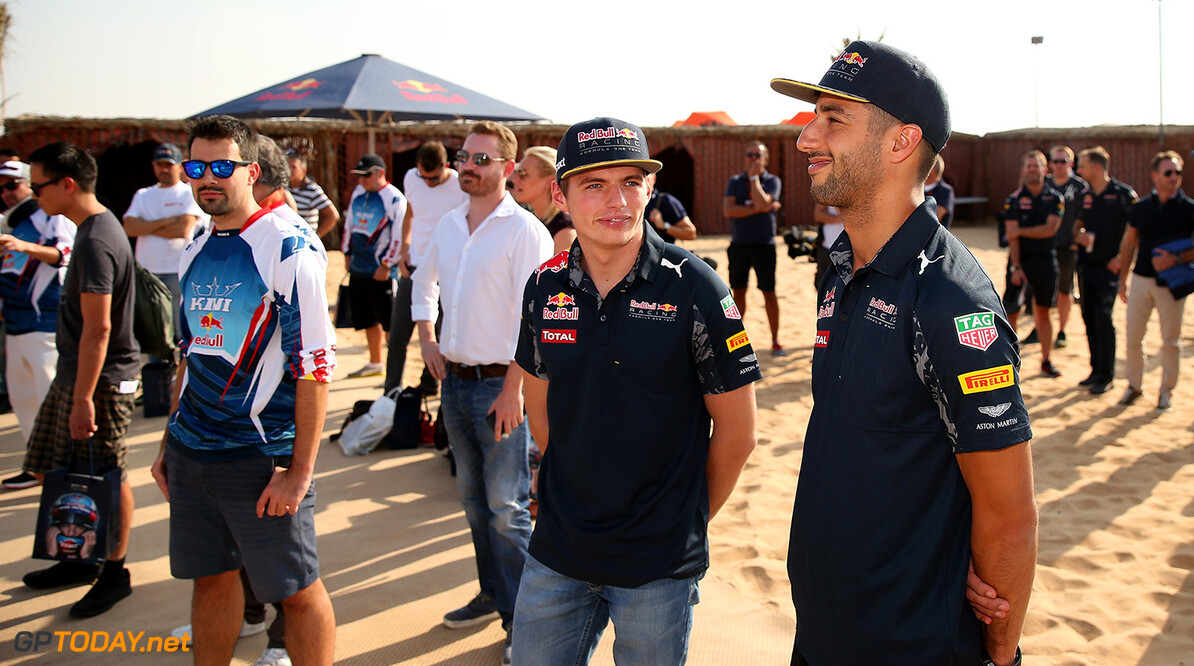 Daniel Ricciardo has admitted that there could be some tension between himself and Max Verstappen if they are battling over wins.

In what has been called by some as the best line up on the grid, Red Bull are expected to produce a car next season that will challenge Mercedes who have dominated the last three seasons.

"If we’re fighting for wins I’m sure the pressure and tension will rise – but hopefully we’ll be able to look each other in the eye and say “good job” afterwards.

"I honestly think it’s a good thing for us. It seems to put more emphasis on aerodynamics and I have a lot of faith in our aerodynamics department. It’s out strong suit.

“From that point of view I don’t think it can hurt us. Also, I think the cars are going to look pretty bad-ass. Mean, wider tyres, more muscular. Grrrrrr…"