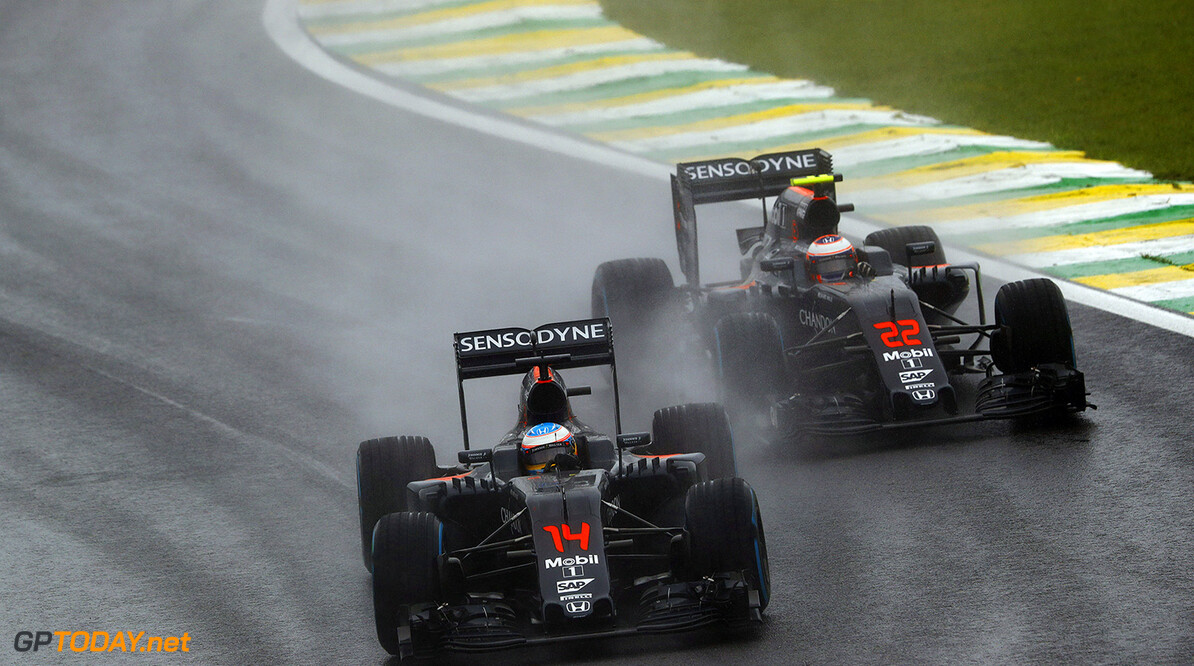 Fernando Alonso has called for changes to be made to reduce the amount of spray in wet conditions.

The penultimate round of the 2016 season in Brazil saw a number of stoppages due to the conditions, now Alonso wants a remedy to the problem.

"It has been always risky, more unpredictable, always some accidents happening in the wet, poor visibility but it's part of the sport but I don't think it will disappear," Alonso is quoted by Crash,net. "What we need to learn from races in Brazil, is that we need better visibility if we can. Devices, different ideas that can help the spray of the cars."

"If you see in GT races, they don't have that spray as they don't have the tyres completely out," he added. "I think there are a few things we should consider in the future to improve the spray and the visibility and also in the tyre performance because I've been racing 16 years in Brazil in many wet races and I've never seen a spin in the middle of the straight."