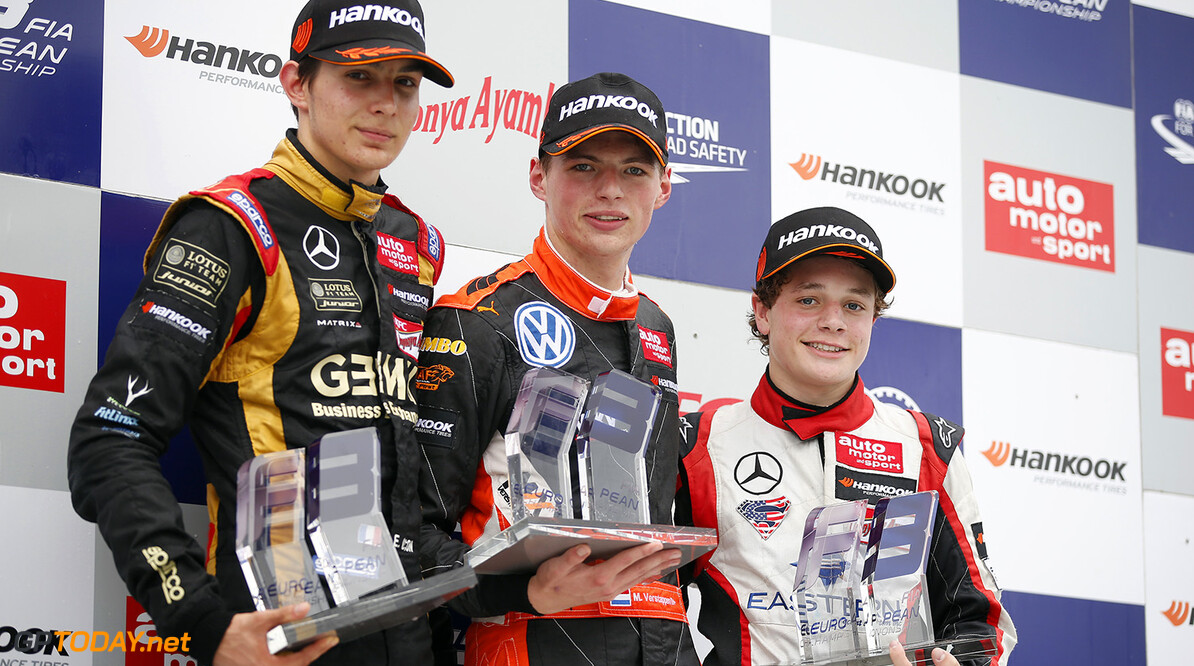 Ocon: "Verstappen and I hated each other in F3"

Esteban Ocon says he does not look back with fondness on his past duels with F1 sensation Max Verstappen. The pair have been wheel-to-wheel since their karting days, and Frenchman Ocon - to step up from Manor to Force India next year - says it has always been intense with Verstappen. "We fought hard all the time, like in F3," he told the Dutch publication Formule 1.

Ocon, who is a year older than 19-year-old Verstappen, is referring to the 2014 championship won by the Frenchman. "The battle was heavy and intense," he said. "I was usually quicker in qualifying, him in the race." Asked if it was a pleasant battle, Ocon answered: "No it was not! It was often on the verge of dangerous. But we never crashed, so you can conclude that it was a hard but fair fight."

Ocon said Verstappen is "a lot more aggressive" than him, explaining: "I mean, I'm aggressive when I really need to be, not all the time. I think first before I take aggressive risks. That the big difference between me and Max," he said.