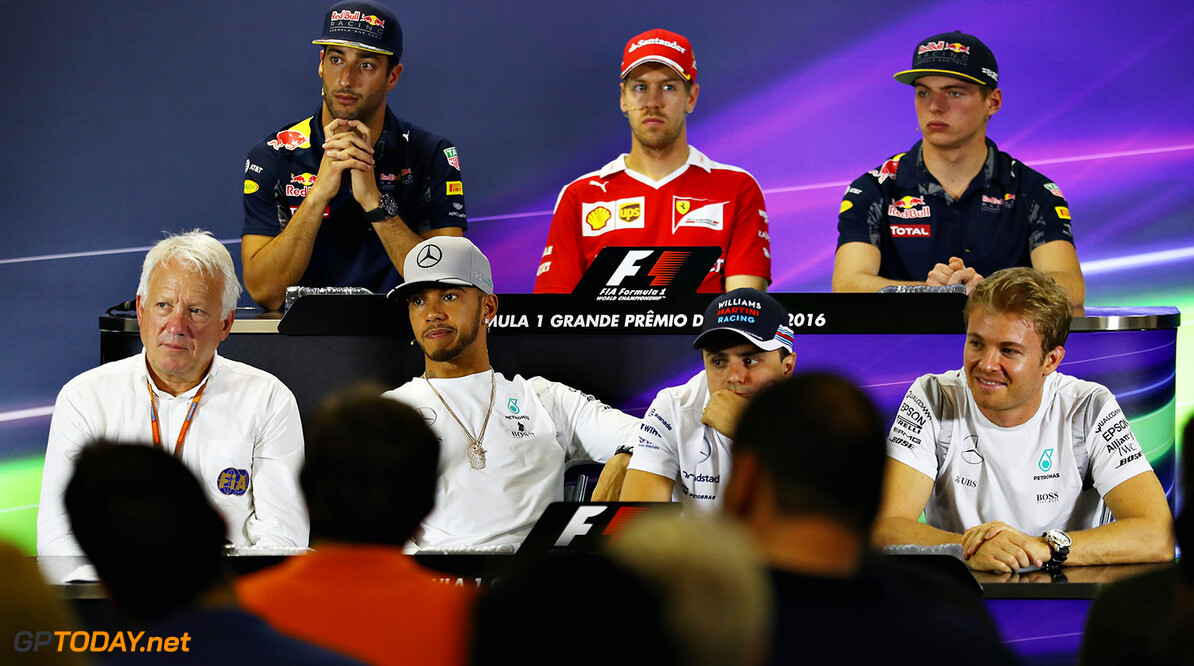 Carlos Sainz said he would prefer it if Charlie Whiting did not attend any future press conferences.

The FIA race director sat in at the drivers' press conference on Thursday n a bid to provide clarity over Formula One's rules.

"I'd prefer if Whiting was not at the press conference," he told Spanish media. "Do you think my uncle or grandfather understood the great detail of why Verstappen was punished but not Hamilton?"

"F1 is too complex today and to get the point of Whiting having to go to the press conference is not something we should have to reach," he added.

Sainz's criticism of the complexity of F1 rules comes as Ferrri decide to challenge Sebastian Vettel's penalty from the Mexican Grand Prix.

"In light of its importance as a precedent for the future, and in order to provide clarity in the application of the rules in future events, Scuderia Ferrari believes that the decision should be reconsidered by the stewards," the team said.

However, despite addressing the Hamilton, Verstappen and Vettel incidents of Mexico on Thursday, Fernando Alonso thinks the F1 official was there for a different reason, namely, Vettel's radio tirade.

"I do not think Charlie went to the press conference for what happened with Hamilton and Verstappen," said the Spaniard, "but for something much more serious that happened in Mexico.