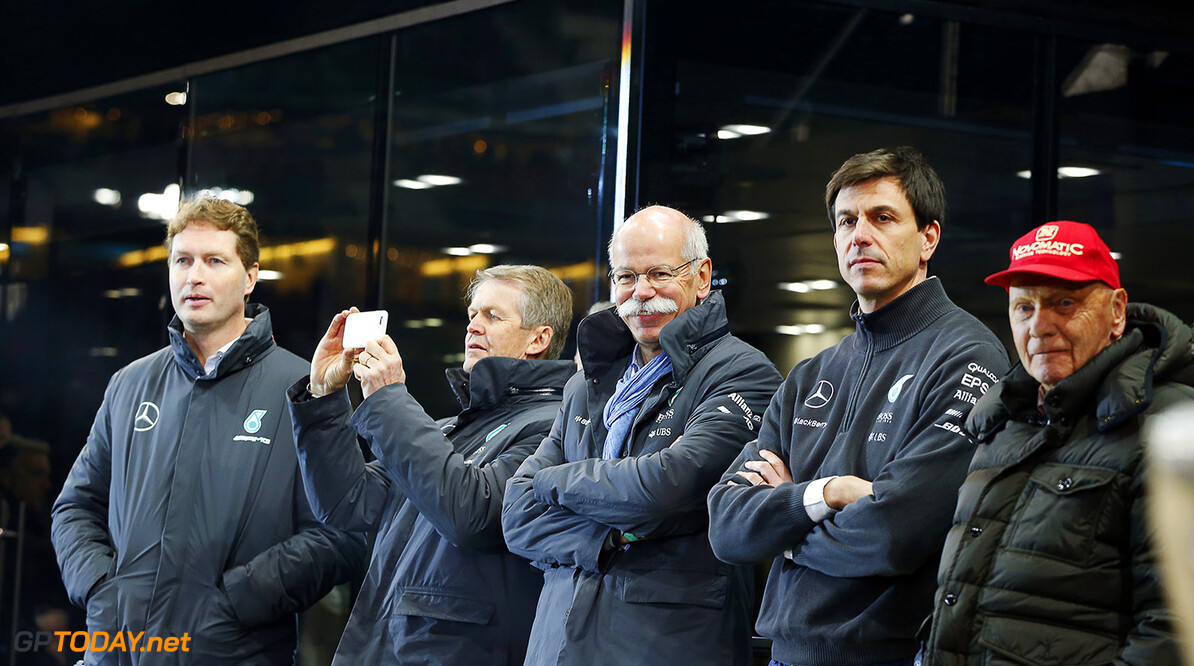 Wolff insists he has no problem with Ecclestone and Brawn.

Toto Wolff insists he can still work with Bernie Ecclestone and Ross Brawn, despite reports saying that the trio are not seeing eye to eye

Ecclestone's recently stated his thoughts on Toto Wolff, saying that unlike great bosses like Frank Williams and Ron Dennis, Wolff is primarily in it for the money.

"Bernie's probably annoyed that because of our success he has to pay more out of his pot to Mercedes," Wolff smiled to Bild am Sonntag newspaper.

And the pair have showed they are civil in Mexico: Wolff attended Ecclestone's 86th birthday party, and then sat down for a joint interview with Bild.

"I understand Bernie," said Wolff. "He wants the best possible competition and to sell F1, but I want the best team."

Another potential problem relationship for Wolff is with Ross Brawn, the former Mercedes chief who in his new book admitted he left the team because of a lack of trust

And now, a British newspaper claims Brawn could be returning from retirement to oversee the sporting side of F1 for new owners Liberty.

"To start with, the book he wrote is talking about the change in team management, which is never painless," he insisted. However, for me personally, there is no problem and in fact we are still in contact," said Wolff. "We maintain a healthy relationship."

Wolff even said Brawn would be a good candidate for a top F1 job.

"Ross has vast experience and knowledge, and is a suitable candidate to potentially contribute to the further development of formula one. If I need to vote for the return of Ross, then I am ready to do that," he said.