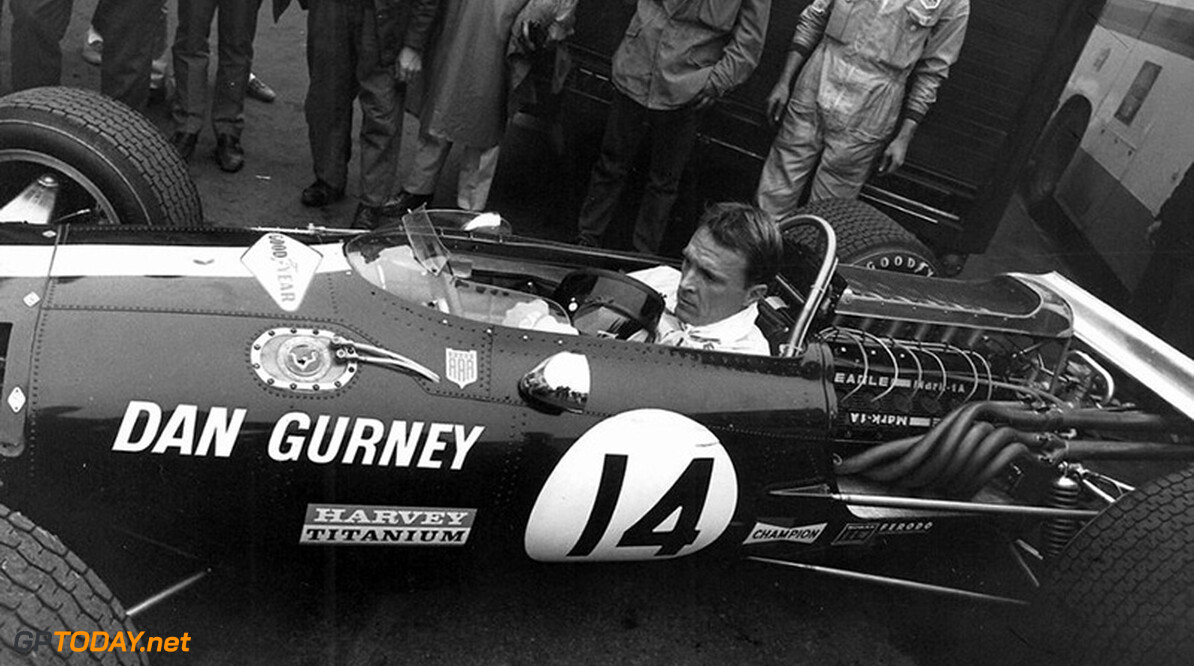 History: America in Formula One: an overview

After the deception that was USF1, the Formula One circus can finally welcome an American team to the 2016 start grid. The first American team to hit the Formula One paddock since 1986. The last American team to be racing was Team Haas Ltd., better known as Haas-Lola (not related to Gene Haas).  Besides Haas-Lola, five other American teams graced the grid with their stars and stripes: Roger Ward and his Kurtis Kraft-Offenhauser, Scarab Racing, Anglo American Racers Ltd., Penske Racing and Parnelli Racing. All of them did fairly well, but the European racing culture stood in contrast to the way the sport was performed on the other side of the Atlantic Ocean. The American offensive was usually short lived, but fierce. In a world dominated by money, where private teams with customer engines usually lack any advantage, where progress is aggressive, and where research facilities produce data 24/7, it is not difficult to imagine that the American effort became exhausted. Let’s hope that Haas F1 is here to stay.

The American motorsports entrepreneurs started to interest themselves in Formula One in the late 1950’s. This had a lot to do with the fact that the American Grand Prix was a popular event. International racing events there meant that American constructors could enter races in which they would race against the best that Europe had to offer. Also, the Indy 500 was part of the F1-calendar until the late 1960’s, and we can’t undermine the fact that the American F1-drivers achieved big successes. Roger Ward was the first American to enter an American racecar in the Grand Prix of the United States at Sebring, 1958. He had difficulty getting a car, so he had to make do with an Offenhauser powerd Kurtis-Kraft ‘midget car’. He didn’t stand a chance, but with only two gears and an outside mounted brake, Ward became respected for his drifting skills. A more serious effort was made by Lance Reventlow and his Scarab car. Reventlow was the wealthy son of Barbara Hutton. Hutton was heir to the Woolworth fortune. She is thought to be the wealthiest woman of the 1930’s, and lavished at parties while the Great Depression crippled the American society. She married the Danish count Kurt von Haugwitz-Hardenberg-Reventlow in 1935. During their marriage, Lance Reventlow was born, her only son. During their marriage, however, Barbara became victim of domestic violence. The divorce ended in 40 million dollars in alimony. Famous Hollywood actor Cary Grant soon became Lance’s stepdad. With the combined fortune, Lance had no problem raising sufficient funds for his dream to compete in Formula One. Chuck Daigh designed the Scarab F1-car for him to drive in a few separate races in 1958. The car had potential, as was shown by Carroll Shelby who drove it to victory in the Riverside International Grand Prix, beating attending Formula One constructers like Ferrari. The car needed to be properly developed for a full F1 season. It took so long, however, that by the time it debuted in 1960, the car was already miles behind the competition. The team only reached the finish at their home Grand Prix, in tenth place.

Formula one driver Dan Gurney created his All American Racers Ltd., based in California. The initial idea was to build sports cars with which Gurney could compete in races in between the Grands Prix, but it was Shelby who convinced him to build Indy cars and F1 cars. Tire manufacturer Akron was willing to break Goodyear’s monopoly in the Indycar series and the Firestone monopoly in Formula One. With this sponsorship, Gurney invited Lotus designer Len Terry in 1966 to build him a car for the Indy 500 and the 1966 F1 season. The Eagles, as they were named, were powered by a Ford (Indy) and an older Climax (F1) engine. Gurney approached the English engine manufacturer Westlake to build him a V12. This took time, so the Climax had to do. Gurney changed the name of the F1 operations to Anglo-American Racers (with an English engine, it wasn’t exactly ‘all American’ as Gurney quite rightly puts it). The Eagle, with Gurney behind the wheel made its debut at the famous rain soaked Grand Prix of Belgium. The season was a mixed success, but the Eagle showed potential. In 1967, the Eagle-Westlake was ready to race. Gurney took a spectacular victory at the Belgium Grand Prix, beating Jim Clark and Jackie Stewart. It was the first victory by an American constructor in Formula One, and the first in Grand Prix racing since 1921. Unfortunately, in 1968, Akron withdrew its sponsorship from the team, forcing Gurney to stumble on with few resources. At the end of the season, he decided to call it quits. His cars were quite successful in the United States, where they became contenders for Indy 500 wins. Gurney started focusing on the races back home.

At the 1974 Grand Prix of Canada, not one, but two all American teams appeared at the start of the race. The already well respected racing team of Roger Penske, Penske Racing, and a team in which a collaboration between Parnelli Jones and businessman Velko Miletich resulted in Vel's Parnelli Jones Racing. Parnelli Jones realized he couldn’t focus on building chassis’ for both Indycar and Formula One, so he contracted Dan Gurney to build a couple of Eagle Indycar chassis’. Parnelli could now completely focus on his Formula One effort. Behind the wheel of the Ford DFV powered VPJ4, Mario Andretti took place. With sponsor Firestone backing them, Parnelli jones entered for a full season in 1975. Sadly for Jones, Firestone stepped out of Formula One only shortly after, and at the end of the season Jones was not able to find a new title sponsor. After the first two Grands Prix in 1976, Jones retired from the sport. Roger Penske decided, like Jones, in 1975 to run for an entire season. The PC1 chassis exhibited many problems, so over the 1975 season they lacked success. So much so, that Penske decided to borrow a March chassis for the last few races. Sadly, driver Mark Donohue tragically died a few days after sustaining seemingly mild injuries in a shunt at the Austrian Grand Prix. In 1976 Penske appeared with the PC3 and later on with a developed version, the PC4. Powered by the Double Four Valve, British driver John Watson got on with the top constructors quite well, and a year after the death of Mark Donohue Watson took the victory in the Austrian Grand Prix. After 1976 Roger Penske sold his team to the ATS Wheels team of German entrepreneur Günter Schmid. What followed was a period of nine years without a US manufacturer competing in Formula One.

In 1985, a collaboration with Carl Haas and Teddy Mayer resulted in the participation of Haas-Lola at the the Italian Grand Prix. Haas contracted Lola to build him an F1 chassis. A collaboration with Lola was obvious since Haas imported the Lola sports cars back home in the U.S. The Lola chassis was powered by a four cylinder Hart engine. The Australian Alan Jones steered the car in 1985 during the last four Grands Prix. When going for a full season’s attack in 1986, the team had high expectations, and believed to be in good shape to fight for victories . The contracting of talents like Adrian Newey, Ross Brawn and Neil Oatley made for a lot of confidence. Beatrice Foods was Haas-Lola’s main sponsor. Sadly though, the development of the car was slowed down by a recalcitrant attitude of engine supplier Ford. The four-cylinder was out of date and they had to get started on a V6. However, this took a long time, and once installed it showed many problems. The lack in success hardly impressed Beatrice Foods, and after a reorganization they withdrew from the Haas-Lola team. It appeared that the new owners were all but interested in Formula One. In the end, Haas-Lola underwent the same fate the others. No funds, no racing. Haas-Lola withdrew from Formula One at the end of 1986.