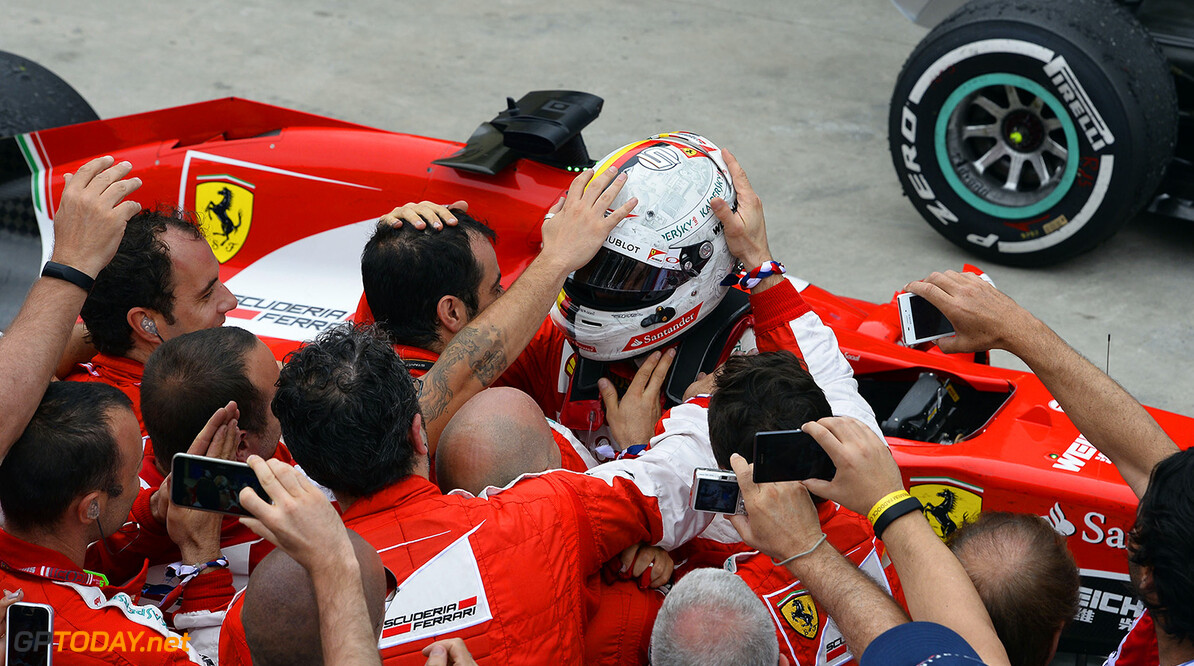 On average, I'm satisfied with my achievements - Vettel

Sebastian Vettel has declined to hit back with fury at Lewis Hamilton's recent jibe about his talent. The new triple world champion recently said that because Vettel's teammates Mark Webber and Kimi Raikkonen were and are not at their peak, "It's difficult to assess how good he really is".

When asked about Hamilton's jibe, the German told Sonntagsblick newspaper: "I'm sure my teammates will be pleased to hear about that! I think in the end any comparison between drivers is always very difficult to do," Vettel added.

Actually, while many critics earlier downplayed Vettel's four world championships on the basis of Red Bull's former dominance, the 28-year-old's stock has undoubtedly risen during his strong first season at Ferrari. "That is of course nice to hear," Vettel said. "But what matters the most is that you are satisfied with your achievements yourself. On average, I am. The last year at Red Bull was not as bad as many made it out to be. For them (the critics), it is important that Vettel put on a different colour and returned to winning ways."

What is clear, however, is that as Red Bull struggles to keep up with the might of Mercedes and Ferrari in the new 'power unit' era, the timing of Vettel's move now appears inspired. "In retrospect, you can say that. But at the time it was a leap into the unknown, as Red Bull was still the second strongest. But I think this year did not go well for them, so I can be happy with my decision," he added.

Vettel was also asked by the Swiss newspaper how many times he has visited his mentor and friend Michael Schumacher since the F1 legend returned home to Switzerland. "This is a very personal matter and nobody's business," the German insisted.

Indeed, Vettel is famously private, to the point that many of his fans do not even know his marital status or number of children. "Never married, two children," he admits. "I think if you look up the word 'private' in the dictionary, you get a clear definition," Vettel smiled. "Of course I can understand that today almost everyone reveals their private life, but my private life is mine. This has nothing to do with arrogance," argued Vettel. (GMM)