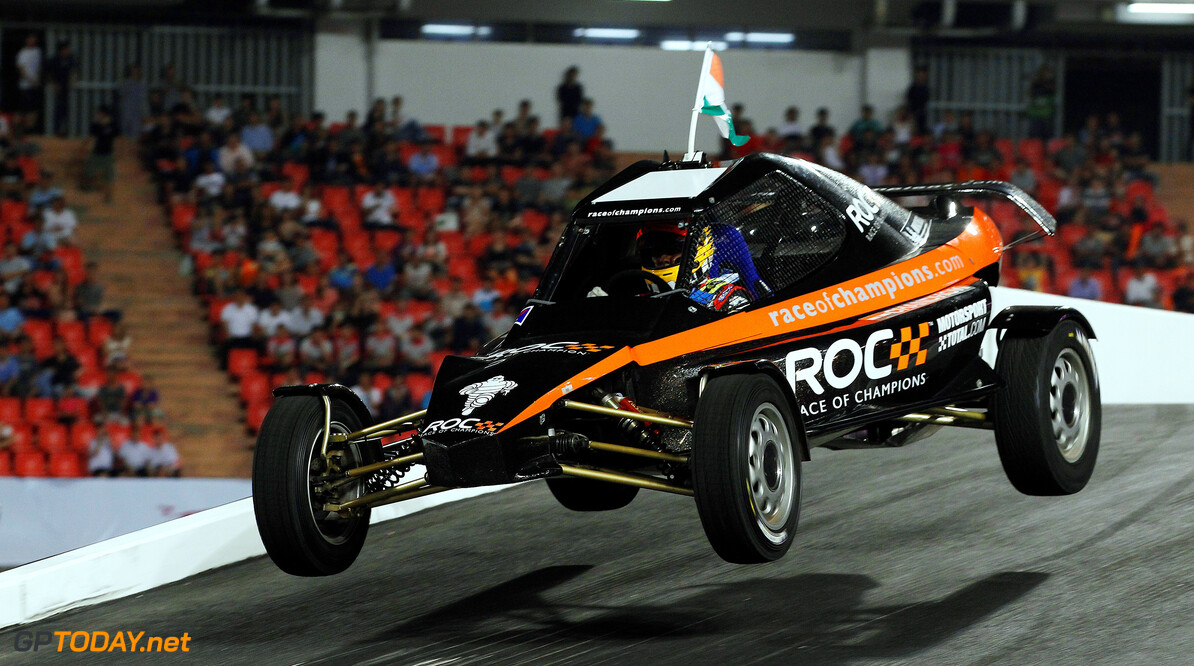 Two of Britain's greatest ever Olympians Sir Chris Hoy and Sir Ben Ainslie will return to London's former Olympic Stadium on the evening of Friday 20 November to take part in a unique driving challenge at the 2015 Race Of Champions.

Hoy and Ainslie had the honour of being Team GB’s flagbearers at the Opening and Closing Ceremonies for the 2012 London Olympic Games at the very same stadium. Now the pair will return – but this time they will have a much faster way to get around as they take on the ROC Celebrity Skills Challenge presented by TAG Heuer.

Hoy is already an accomplished racing driver, having partnered Charlie Robertson to glory in the LMP3 class of this year's European Le Mans Series. He is now aiming to compete in next year's Le Mans 24 Hours. At the Race Of Champions he will have a chance to quiz driving legends including nine-time Le Mans winner Tom Kristensen and this year's victor Nico Hülkenberg, who will both be appearing in the weekend’s headline ROC Nations Cup (Friday) and Race Of Champions (Saturday).

Hoy said: "London's former Olympic Stadium obviously holds very happy memories for me ever since the Opening Ceremony in 2012, so I'll really enjoy returning for the Race Of Champions in November. Of course swapping two wheels for four has been a big challenge at this stage of my career but this year in ELMS could hardly have gone better. The ROC Celebrity Skills Challenge is hopefully a bit more light-hearted but it will be fun to find out whether my efforts on the track can transfer to some of these more tricky, technical manoeuvres. Either way I’ll try to put on a show and I hope we can get some of the famous London 2012 atmosphere going inside a packed stadium on the Friday evening."

Ainslie, who like Hoy has retired from Olympic competition, is now leading a bid to bring sailing's prestigious America's Cup back to Britain, and has launched his own British team - Land Rover BAR. Ainslie said: "I've always been very interested in motorsport, and we have looked to our partners Land Rover, along with Formula 1 and other automotive suppliers, for engineers and technology for our team. I'll be hoping that some of that has rubbed off on me for the Race Of Champions; we want to put on a good show for the crowds next month."