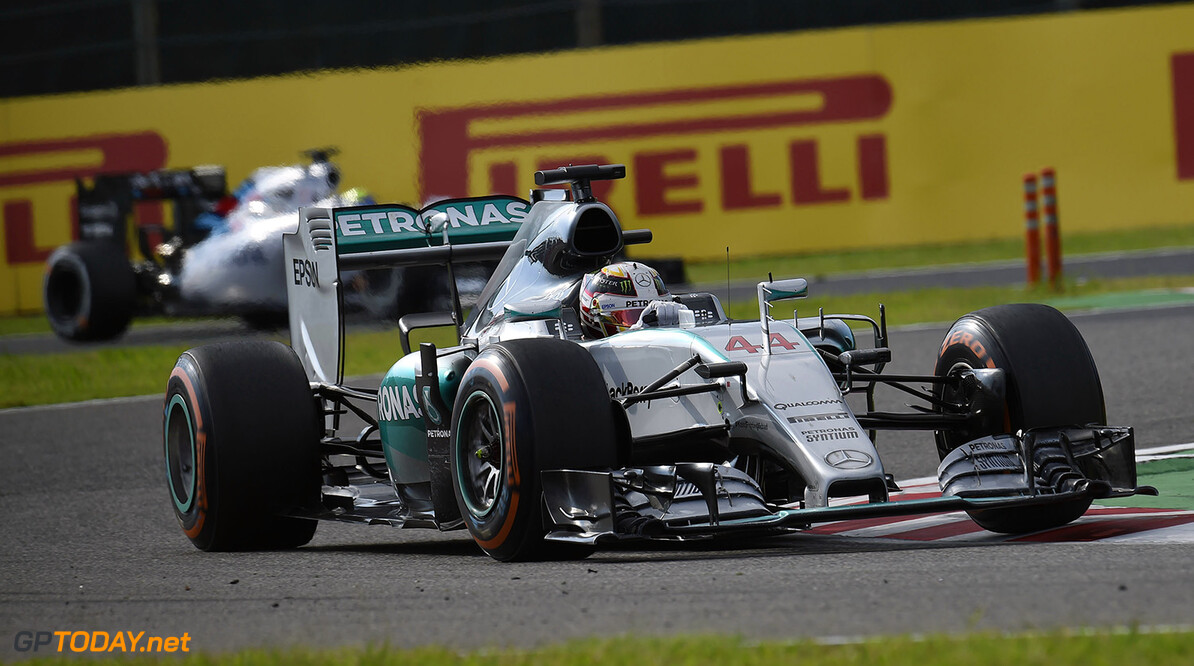 Bernie Ecclestone has denied he manipulated the coverage of Sunday's Japanese grand prix to exclude Mercedes. The silver cars, finishing first and second at Suzuka after the Singapore slump, were shown for just 5 of the 90 broadcasted minutes of the official race coverage.

Bosses Toto Wolff and Niki Lauda admitted they noticed the discrepancy, and suggestions elsewhere noted that Ferrari was also not prominently featured on the so-called 'world feed'. Lauda vowed to meet in London with F1 supremo Ecclestone this week to ask about the Mercedes 'blackout', amid rumours the carmaker was being punished for refusing to supply engines to Red Bull next year.

But Ecclestone told Germany's Die Welt newspaper: "There was no manipulation. "A few weeks ago we talked about the directing of the races and came to the conclusion that the midfield should be shown more often. To just show the leading cars is boring, but we're also doing it to better support the midfield teams," the 84-year-old explained.

"Lauda and Wolff know about these considerations and will understand," Ecclestone added. "The directors in Japan maybe went a bit far with it, but I did not intervene," he insisted. (GMM)