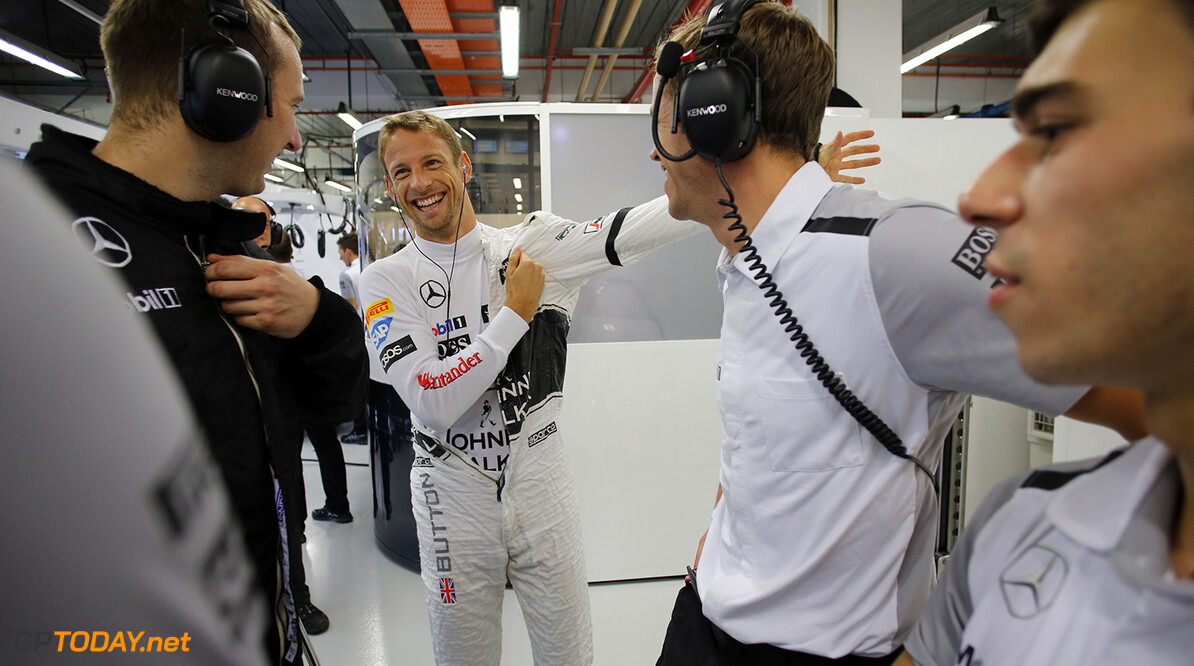 Button resorts to jokes to deal with strange situation

Jenson Button has resorted to jokes as McLaren's farcical delay in announcing its 2015 driver lineup drags on. "I have a new Japanese phone number," said the 2009 world champion. "Maybe that's why I haven't heard anything."

The British veteran was attending the annual Autosport awards, as was McLaren's team boss Eric Boullier. Amid growing criticism of McLaren's dithering, Boullier said he hoped the waiting will end within "days". "It's a matter of days, I hope," said the Frenchman, "because we all want to know as soon as possible who will work (at McLaren) next year."

Ron Dennis, the man most directly responsible for the unmade decision about Fernando Alonso's Honda-powered teammate, did not attend the event in London. Button admitted: "It's a strange situation. But sometimes in life you find yourself in these situations. You just have to deal with it."

Damon Hill, the 1996 world champion, said that despite speculation Kevin Magnussen is the frontrunner for the seat, Button must also still be in the running. "I'm sure McLaren are trying their best," he told Sky, "otherwise one would assume they would have told Jenson 'We can't hold on to you, do whatever you need to do'."

"Likewise if Jenson didn't think he had a chance he would have told the team that he is off. I suspect there are deals at McLaren that need to be finalised before any decision is announced," Hill added.