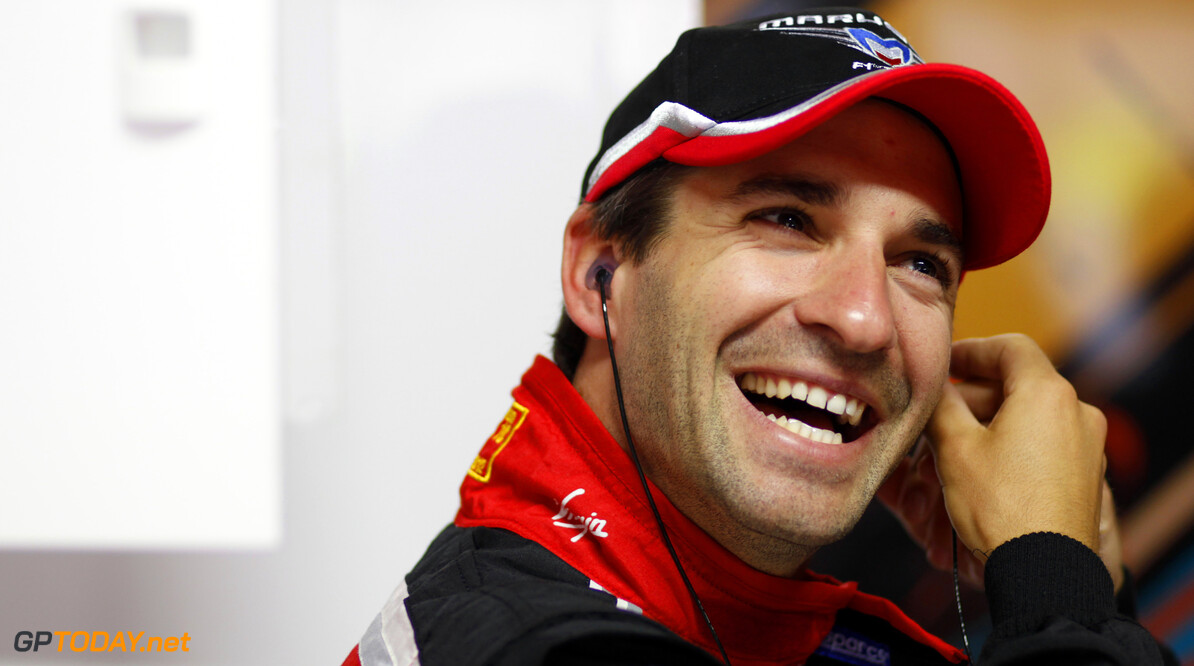 A strong Williams driver is Nico Rosberg's best hope of winning the 2014 title against the odds. That is the claim of former F1 driver Timo Glock, who six years ago played a starring role in the championship showdown when Lewis Hamilton managed to pass him on the thrilling last corner of the Brazil finale.

The infamous Glock pass deprived Felipe Massa of the title, and the Brazilian has never forgotten it, remarking mere days ago that "a certain German" ended his title chances. "After so many years, that (Massa's comment) was surprising," Glock, now a works BMW driver in the DTM series, told Germany's Sport1. "I read what he (Massa) said with a smile."

Curiously, Massa has now been put in the middle of Hamilton's latest championship battle, this time against his Mercedes teammate Rosberg. Rosberg needs a driver to split the two silver cars on Sunday's Abu Dhabi podium, and in Brazil two weeks ago the German nominated the on-form Massa, who now drives for Williams.

"The best chance for Rosberg would be a technical problem," said Glock, "but nobody wants to see the title decided by that. I also believed that Williams can be very strong in Abu Dhabi again, so he (Rosberg) can also hope for Felipe Massa or Valtteri Bottas (to do well)."

"He (Rosberg) still has a chance," Glock continued. "I think in 2010 Sebastian Vettel was in an even more difficult position and he still managed it in the end. I think both of them would be deserved world champions," he said. "At the end of the year Hamilton was definitely stronger, but Nico was stronger at the beginning."

Asked about the highly controversial double points, meanwhile, Glock answered: "I have found the scheme of putting so much importance on one race a little strange. But if Hamilton's car fails, then he probably would have lost the world championship with the normal scoring anyway," Glock added. (GMM)
F1 News Valtteri Bottas Felipe Massa Lewis Hamilton Nico Rosberg Sebastian Vettel Mercedes Williams
.