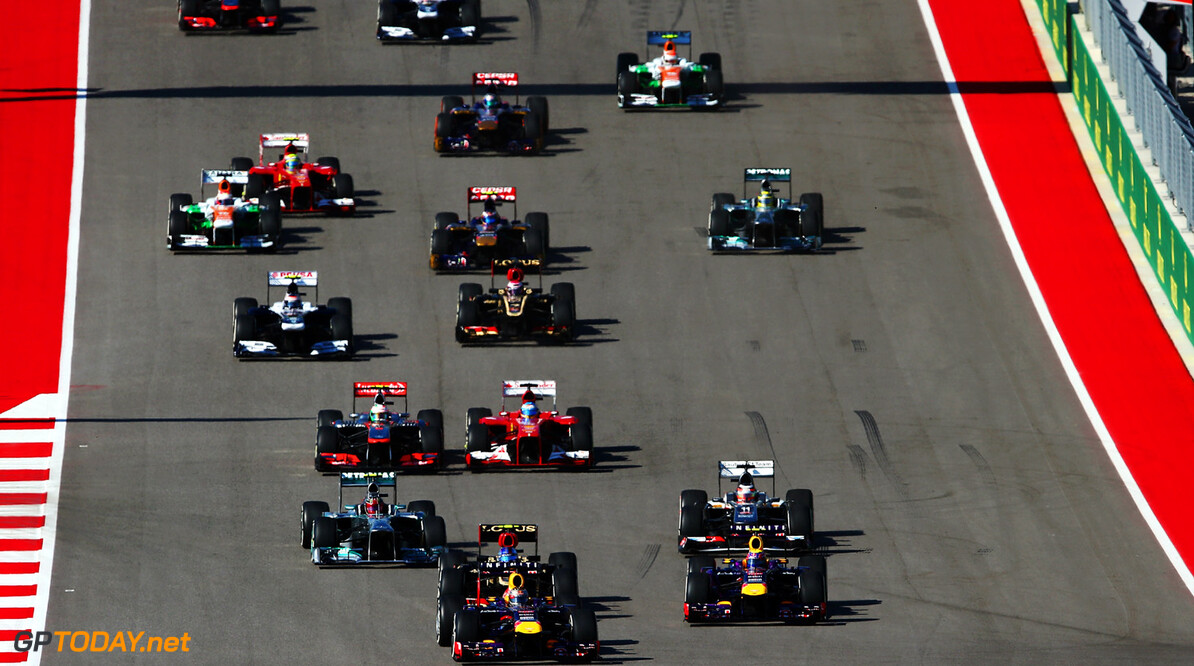 F1 is heading awkwardly into the US grand prix weekend, following the collapse of the two backmarkers Caterham and Marussia. The sport has always had a dubious relationship with America, although Austin's inaugural races in 2012 and last year were proclaimed definite successes, featuring big crowds and the exciting Circuit of the Americas layout.

But in 2005, F1 famously failed the US with the six-grid grid at Indianapolis, and now another notably low count will line up for Sunday's Austin race. Not only Caterham and Marussia will be missing on the grid, but also the reigning world champion Sebastian Vettel. The Red Bull driver is facing a start from the pitlane, as he has run through his maximum allocation of five turbo V6 engines for the 2014 season.

Vettel has already been scathing of the rule, and in Austin on Wednesday he turned to sarcasm. "Obviously it was our fault to be very greedy at the beginning of the season in terms of having reliability issues," said the German. "It is the regulations," Vettel explained. "I didn't make them but everyone has to respect them."

The 17 car grid also puts F1 in uncharted territory with regards to the written regulations for Saturday's qualifying session. In the FIA rules, procedures for grids featuring 26, 24, 22 and 20-car grids are laid out, but the eventuality of having just 9 teams in the garages is notably missing, according to Germany's Auto Motor und Sport.

If the rules are left as they are for Saturday, the 'Q1' session will set the grid for positions 17 through 22 -- even though Sunday's grid will in fact feature only 17 cars. F1 race director Charlie Whiting is therefore tipped to make an "appropriate amendment" to the qualifying procedure for Austin, as allowed by the regulations.

But this decision can only be ratified by the stewards, meaning that the actual procedure for the race weekend - likely to see the bottom 4 cars eliminated in Q1 and Q2 respectively - will probably not be known officially until Thursday at the earliest. (GMM)
F1 News Sebastian Vettel Marussia
.