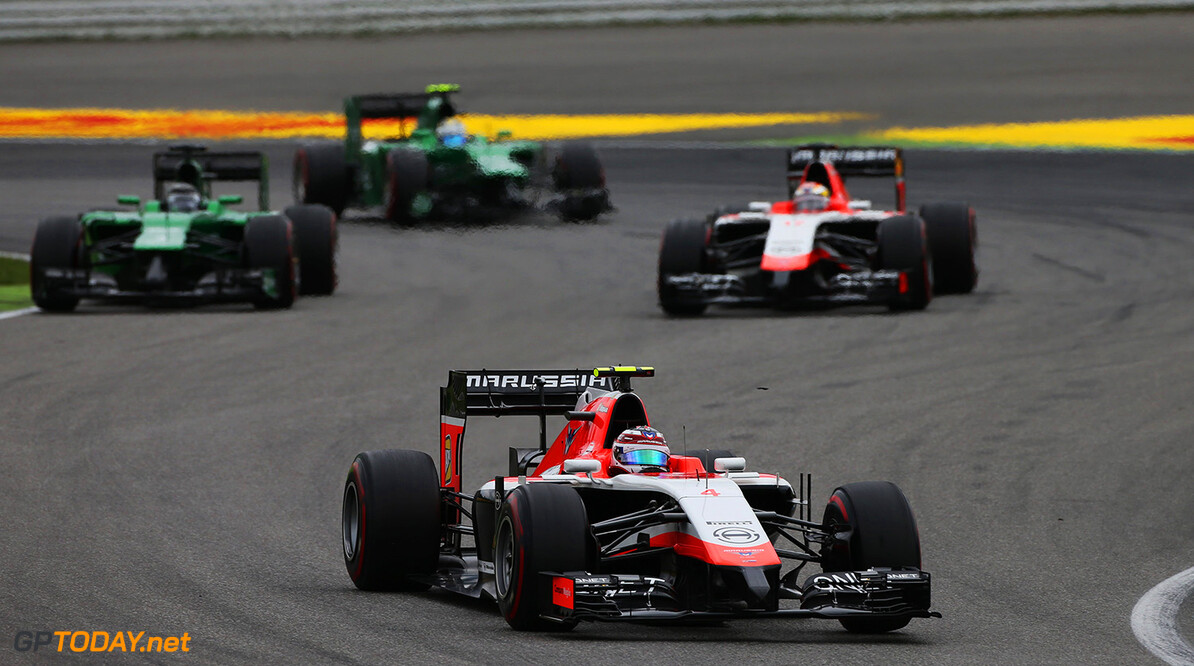 Collapsing F1 teams 'made a lot of mistakes' - Haas

As F1's two backmarker teams collapse, 2016 newcomer Haas' plans continue to take shape. The teams that were ultimately known as Caterham, Marussia and HRT are all now gone, but Nascar team co-owner Gene Haas is determined not to make the same mistakes as his North Carolina based Haas F1 Team takes its next bold steps.

"They wound up making a lot of mistakes," the Californian told CNN. "Inevitably they didn't have the resources, or the cars weren't properly put together, because they rushed things."

Rushing is something Haas is not doing, having turned down the chance to debut in 2015. The year after, the team will debut with Ferrari support and power. "We'd be very proud to be a Ferrari 'B' team because that would certainly teach us how to run in formula one," said Haas, 61, whose successful machine tool company is already an on-car Ferrari sponsor.

Haas has now announced that it has signed up Adam Jacobs, who managed the Budweiser sponsorships in Nascar, to be chief marketing officer. "It's a great opportunity to develop and launch a global brand in an organisation led by someone as driven and accomplished as Gene Haas," said Jacobs.

Haas, meanwhile, says he has no regrets about starting a team just as some sections of the media are declaring that F1 is on the brink of a financial crisis. "It was insane the number of people coming by saying 'Great to know you, great to know you're involved in formula one'," he told USA Today, recalling a recent visit to a Chicago trade show. "Everybody sees we're aligning ourselves with (the) ultimate motor sports project."

Gene has declared that his ideal 2016 driver lineup would be an experienced F1 driver alongside an American. "Even in the Nascar garage," the co-owner of the Stewart-Haas team smiled, "most of the drivers now are shaking my hand. I think they're interested."

Nonetheless, he also understands the scepticism, particularly with F1's three newest teams all now out of business, and the last attempt by an American team - USF1 - having never even turned a wheel. "There's good reason to doubt it -- it's a big undertaking," said Haas. "Lots of people before us have failed. It's a natural scepticism. That's just a natural human trait not to believe it until you see it." (GMM)
F1 News Ferrari Haas Marussia HRT
.