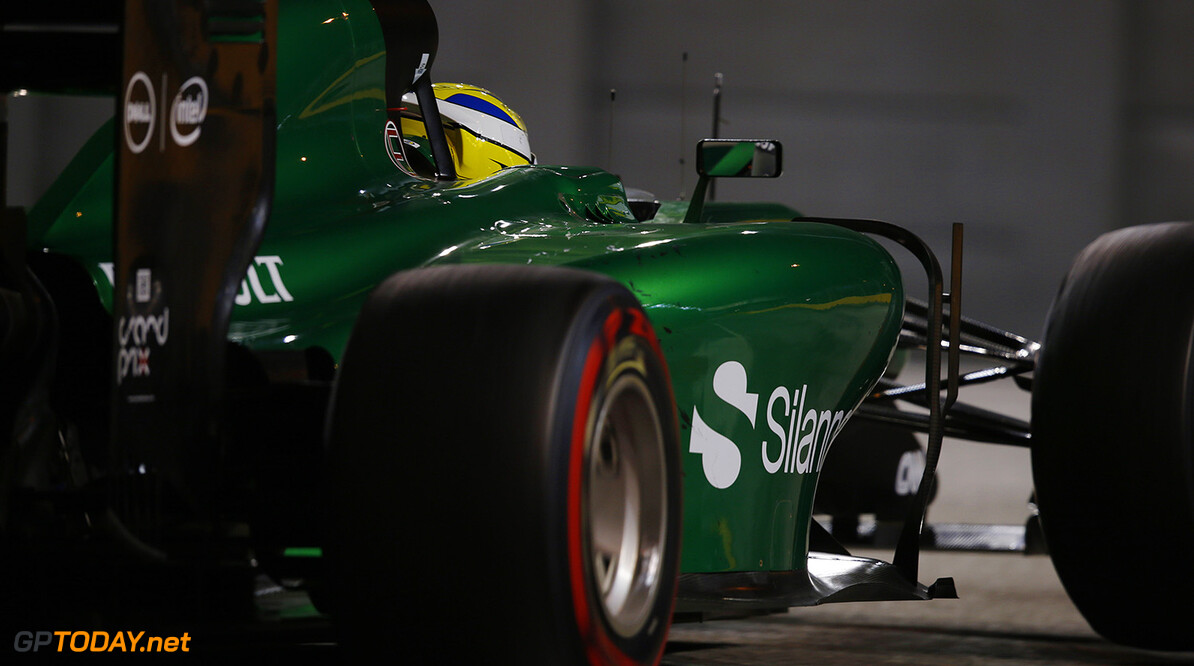 Marcus Ericsson's manager says he is in talks with three alternative teams after Caterham ran off track. With the Leafield based team in administration and set to miss the forthcoming Austin-Brazil double header, Swedish rookie Ericsson's teammate Kamui Kobayashi admitted he is not sure the green team will be back in action for the Abu Dhabi finale next month.

"For the moment we don't know about Abu Dhabi. Maybe we can (race), we'll have to see within the next two or three weeks. I'm just waiting for the answer," the Japanese told his fans in a video message posted on Facebook. "At the same time I need to use this time to try to stay in formula one," Kobayashi added.

Of Caterham's 2014 race drivers, 28-year-old Kobayashi's situation appears the most grim, as Ericsson is believed to carry around $18 million per year in personal sponsorship backing. Departed team boss Manfredi Ravetto revealed recently he had already opened talks with Ericsson's management "and to his financial backers" about the 2015 season.

But according to Ericsson's manager Eje Elgh, the fact the 24-year-old rookie is sitting out Austin and Brazil will have "no bearing on his future in F1". Nonetheless, Elgh told the Swedish newspaper Aftonbladet that he hopes Caterham will be back on track in Abu Dhabi.

"(Bernie) Ecclestone has given them an ultimatum that they must be in Abu Dhabi to get the license for next year," he said. "Without the license, the bankruptcy trustee cannot sell the team because it will be worthless. I am guessing that the team will be at the season finale and that Marcus will be asked to race," Elgh said.

He also said Ericsson, despite the absence of his team, will be in the paddock in Austin and Brazil because "in this business you never know what's going to happen". But as for 2015, Elgh insisted that Caterham's woes do not affect Ericsson. "I can't say when something will be done for next year. Whether you're 99.9 per cent sure or 80 per cent sure, you're still not sure. It will take some more time," he said.

Elgh admitted that, until Caterham's collapse, he had been in talks with four teams regarding the 2015 season. "The only thing different now," he explained, "is that there is now greater competition for the places there are. We had a list of four teams, but Caterham was already at the bottom of the list." Aftonbladet said Ericsson could not be reached for comment. (GMM)
F1 News Marcus Ericsson
<< Previous article Next article >>
.